Man Ball is a snow-sport of manliness. Only true men (and maybe the burliest of women) can play this. Playing this sport before the age of 12 will make you instantly drop your balls, grow a stubble, find profound love in the worst kind of beer, and show contempt to female household figures.

Before playing, you MUST be sure you have absolutely no self doubt or any type of "feelings" only pussies feel. As a matter of fact, it is best you didn't feel anything at all, especially pain- the main course served during play. 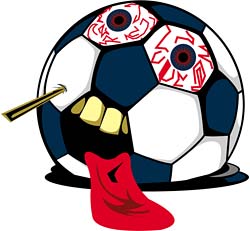 You get 3 steps to either shoot, pass, or suck. The term "suck" is used when a player loses control of the ball because of his blatant incompetence and the sheer fact that he, in fact, sucks.

There are two types of shots:

Why are there no 2-point shots, you ask? Because even numbers are for pussies. REAL men never fairly distribute anything.

Regulation court is about 1/3 the size of a full basketball court, with only one basket at about 7ft off the ground- something you can fit in (someone's) back yard. REAL men use other people's space to play sports.

You would use normal half-court basketball rules, and is best played with 2 teams of 3 (if you can't count because you are retarded, that's 6 players on the court). You may have a couple extras on the sidelines to sub-out people who may get injured, but is not necessary since as a REAL man, you will not be feeling pain.

For the game to be truly played, your entire vicinity must be covered in snow- court and all. One exception is if you have those sprinkler-sliding things snotty little brats play with in the summer. Just get about 6 and line the field with them.

There is zone past the half court line where there should be a descent-sized field of grass (covered in snow. If it's not, you're fired). This is called the Snow-Zone. Here, anything goes. Beat the crap out of the other team members if you wish. As a matter of fact, beat your OWN team a little while you're at it. Being bullied builds character (or depression, anxiety, and suicidal tendencies....I forgot which).

Why add this zone?[edit | edit source]

This zone is the only place on the court where a team mate is truly "open." Just chuck the ball here after a turn-over for your teammates to fight for. If they win it, the half-court back is fulfilled instantly. In the scenario where your teammate loses control of the ball, you are REQUIRED to remove him from the game, using force when necessary.

The game is played until 25 points are made by one team, though you are encourage to keep playing for no reason. You get NO breaks, that's ZERO. The ONLY time you get a break is when you find woodland critters to hunt/maim. REAL men kill innocent animals for spite. Guns make things easier but not required.
* Note that if you manage to kill a wild, untamed bear over the size of 6ft during the course of the game, your team gets a bonus of 7 points. Doing this BEAR-handed (lol puns!) nets you an automatic win. 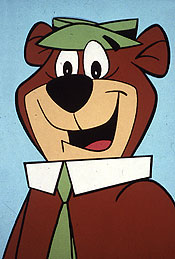 Your ideal target for the extra points

In the game, weapons are frowned upon but no illegal. Ones that are harder to spot, like brass knuckles, are completely acceptable. If you don't get up and continue playing after being hit in the face (really hard) with the game ball, your team loses 13 points and you are disqualified from the game. Permanently.
* This is a foul on the player being knocked down, and it' called "pussy-foul"- the ONLY foul in the game.

There is one, and only one, foul in the game.

This is where a ball (or another player) hits you in the face. The contact itself is not a foul in any way. That is but encouraged. No, the foul is when the victim doesn't get up. If you're not man enough to take one or two (dozen) hits to the face, you don't deserve to play, or eat dinner, or go to the mall, or play that one game you always wanted, or live.