Interestingly enough, rugby players make up the highest percentage of converts to penis jousting. A possible reason for this is that their brains get scrambled from the many 'touch, hold, pause, engage' s that they believe it is about penises. A professional penis should be 25 centimeters long and 6 centimeters wide. A common variation of this sport is white, gooey penis jousting.

"Screamin' Semen" Eric Jizzum McGee and also the inventor of this grand sport, challenged the "Wood Whacker" Sean to a competition of jousting. It wasn't just a match; it was a match to the death. 'The Second Battle of Bulge', it was named, was held in Germany, on the outskirts of Hannover. It was an epic battle indeed- a sight to behold- and very, very long. This was the longest jousting match ever recorded, playing out to be four and a half hours. Women just loved to watch this match. 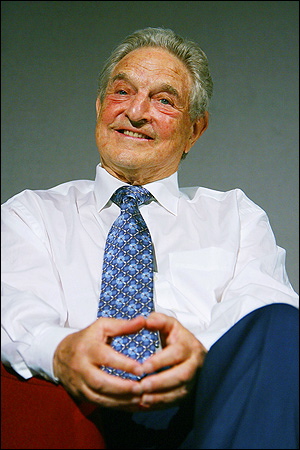 George Soros has shattered his weapon.

Penis Jousting Fades from the Scene, Then Returns[edit]

Penis Jousting died down in 1993, only to be reborn even more popular. It re-originated in San Fransisco with the couple Paul Daniel Frehley and Chaim Witz- two heavyweight champions. Paul's jousting alias became 'Ace' and Chaim's was 'Gene Seamans'. They named their jousting team 'Kiss', and were the champions for thirteen consecutive years. But in two-thousand seven, they were taken down by another duo that went by the name of Gibson, who take pride in massive sustain. In the group was Les Paul and Testicles(pronouced TEST-Ti-KLEEZ). At this point, penis jousting matches were everywhere, such as community centers, and taught to the youth of our society in the YMCA's.

In the typical penis jousting match, one is to:

Tactics and Stances of Penis Jousting[edit]

There are many techniques and stances Penis Jousters use to defend their flank. The two essential stances are aggressive and defensive.

Aggressive Penis Jousting - is the initiative tactic used in nearly every match. The goal of this tactic is to establish an early advantage over your adversary by putting him on the defensive. The techniques involved can range from a forward thrust to the head or a clean swipe in the face as a shocker followed up by a hard thrust into the chest. One of the greatest penis jousters of all time sprouted during his reign of westphalia during the late renaissance era. His name, Maddy Morris. With his 10 inch trouser trout, Maddy was a chmpion of her time, competing around the world. She jousted and beat the hard ons of Argon, and easily beat the Mexicans in huge joust tournements. She was livin' the good life. She even had a brief country music career, and her album "Now where should i put my cock" increased Maddy's fame and legendary status. Unfortunately, at the height of her fame, she developed a disorder called snakes asymptote, which quickly shriveled up the penis. On the eve of her death, She jousted one last time, and defeated the pimply cock of amanda esposito in a mater of miliseconds. On her death bed, she uttered out her final words "JJJJJJAAAAAAAAARRRRRRRRRREEEEEEEEEEEDDDDDDDDD" and his cock quickly dissolved into oblivion. Thats the legend of Maddy Morris.

Defensive Penis Jousting - jousters use this tactic when they fall short on offense in the first exchange. The jouster's goal is to block any incoming thrusts and slashes from the adversary while still maintaining sustain and form. This is a risky tactic but when a chance to exploit the aggressor's weakness is divulged, the defender can immediately react as the aggressor is recuperating.

In the tournament of 2002, a third of the contenders secretly upgraded their weaponry with rings made of pure titanium. It was the worst thing to happen to anything since American Idol was put on the air. It gave the bearer of the ring super powers, such as the power to stretch uncanny distances, and the power to keep their weapons at it's 'full potential' for unsurpassable amounts of time. Though no one seems to know who invented these cock rings, but plenty of fans have reasonable guesses. Many suspect Victor Conte, the owner of the infamous Balco; who supplies famous athletes with steroids. This issue was resolved on August, 30th, 2005, by FEMA. They did so by sanctioning everybody who was found in illegal possession of the titanium rings.

Yet another Pikey hobby!