United States. All American residents will have to scale back their penis usage to comply with new national laws that go into effect Wednesday. The new restrictions limit when citizens and businesses can hold penises, prohibit excess touching and runoff, and require restaurants to serve penises only when requested. People who violate the rules can have their penises taken away, a fine of up to $1,000 dollars, and 6 months in the county jail. The government could also disconnect the person's penis.

The House of Representatives approved the changes in November, citing America's continued dependency on foreign penises and new Metropolitan Penis District of the U.S. requirements. Other countries hae similar restrictions on penises, including Norway, Finland, Spain, and India. Portugal and Turkey are expected to implement a "No Penis Policy" soon themselves. 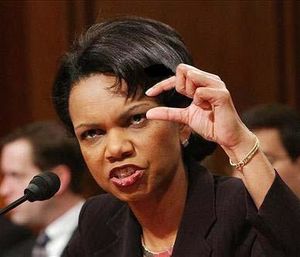 Americans are encouraged to "go small".

"Essentially we've had so many years of penises that we are really required to...cut back on penises." says Teresa Strasser, spokesperson for 'Penises Across America'. "Even I have been extremely dependent & attached to penis over the years and I too will have to give up penis & learn to live my life without the little fellers. It's just a matter of changing your habits a little bit."

American citizens have generally done well conserving penises, Strasser said. The county's population increased by almost 30,000,000 residents in two decades but households reduced penis usage by up to 25% each day according to national statistics. Last year, California residents used the least amount of penises in 20 years. Penis usage was down 15% in Utah, known for it's heavy penis usage, and down 5% in the entire U.S. from 1988-2008. National Officials credited the reduced usage to aggressive conservation programs and smaller penises.

Many business have already implemented the new penis restrictions. National Officials had suggested the changes several years ago and the city rules are making those changes official. "From what I saw, most people are doing it." said National Penis Safety & Risk Management Director Nicholas Plasschaert. "Ha-ha, I said 'Doing it'."

Strasser continued; "The new restrictions also prohibit residents from touching their penises and parts from 9 a.m. to 5 p.m. Residents can only touch their penises one day a week from November through March and three days a week from April through October. Penis usage is limited to 15 minutes per day per area, according to the new regulations. Residents cannot wash down driveways and leaks must be repaired seven days after the owner is notified." Residents are urged to share penises whenever possible, possibly organizing penis-pooling groups through their human resource departments at work, if they are employed that is.

Jacuzzi's are required to have recirculation systems and all commercial penis washers must install penis saving systems, as must golf course ball washers. For a complete list of restrictions visit www.justsayno.org or call Public Works at 714-536-5921.

Call it a sign of the times, now even animals are going through rehab. Stess and homelife are considered factors in the current spike in alcoholic animals, and Alcoholic's Anonymous chapters are popping up across the Southland to address the needs of the fairer species. Counselors are on call 24 hours a day should a pet finally realize that their life is out of contol like a crazy train. Reaching out for help however, does not come easy for some.