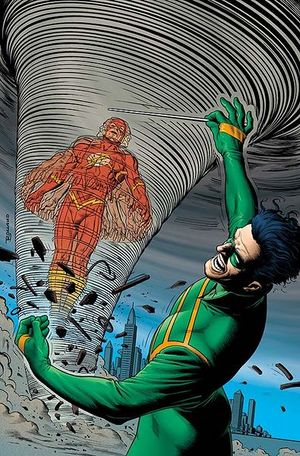 Jim Cantore, aka the Weather Channel Wizard, uses his magic wand to make sure "that high pressure area from the northwest" really does touchdown in Seattle! Hahahaha!
“I always wanted to be a weatherman, and that's how I got to where I am now...”

~ a weatherman on weathermen

“A meteorologist is someone who studies weather patterns and geography to predict the weather. A weatherman is some poor bastard stuck in Haiti during hurricane season with a poncho and a camera.”

~ a meteorologist on weathermen

“I don't care what they say, it's a fucking beautiful day.”

A weatherman is considered the worst predictor in the world, from everything to ducks and North Korea.

In 1000 B.C., humans eventually became stupid enough to create a new race... the weathermananians. Upon entering the dull atmosphere, they eventually started to forecast the weather. The humans became so angry after they heard that it would be raining again on Tuesday that they threw the weathermananians over a cliff using a heard of hog-monkeys.

At the bottom of the cliff, the weathermananians started a new colony called "Thunderstorm" (present-day Seattle) and got rich and famous.

In 1920 A.D., the weathermananians ventured out into the new world, using blue suits to fit in with society. After appearing on TV, angry mob ratings soared by 1,500%, and since then, about 4,000 weathermen have been overtaken by angry mobs.

In 1995, Hurricane Andrew ("the Andrewator") hit, and Florida started a campaign to destroy weathermananians 100 years back forward 17. In the War of Weather I, about 1,555 weathermananians died after the attack of the fried eggs. Florida launched 170 cartons of Florida Orange Juice (TM) and some imported fried eggs from Nyc, quickly giving the affect of Vitamin C.

~ National Association of Weathermananians on their jobs 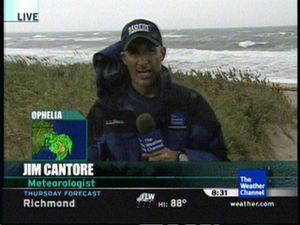 Hurricane Katrina started the War of Weather II, when Florida and No Orleans teamed up and attacked Seattle, killing -42 and injuring a lot less. The press released the following message from No Orleans:

~ No Orleans on Weather War II

“Oh my god, here we go again! Can't you guys just understand that your water is too damn warm?!! Crap, my back!”

The war has caused 5,000 people to die, including 24 hamburgers.

They expect the next attack to be by Houston, which stated:

“We will get revenge on those mother fuckin' weathermananians. 21 inches in 10 days, mother fucker!”

~ Wisconsin on revenge on weathermananians

The National Association of Weathermananians has been burnt down 40 times, most recently by a nuclear explosion. Weathermen are constantly under attack by monkeys, the general public, humans, trees, sports anchors, and the Breadfruit people. Most people say that nobody wants it to rain on Sunday, and god damn it they're right!

All the criticizing has led the weathermananians to hide from people, relocating their hedquaters underground, on 111 WelcomeToHell Lane.

Here's a Prime Example of Your Typical Weatherman[edit]