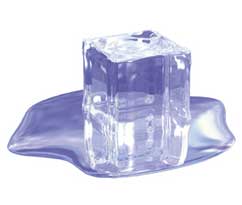 Ice is science too!
“Oxymoron? I think I wash my clothes with that”

Oxymoron (plural oxymora or oxymorons) is a chemical compound produced as a by-product when a moron is oxidized, with the formula O3H42Moron. When inhaled in large quantities, oxymoron causes idiocy in a large group of people, which spreads quickly. This tends to happen during elections, scientific conventions, or on nightclub dance floors.

Oxymoron is a covalent molecule. It has strong intramolecular forces by which the affected moron resists change. In contrast, "The best cure for insomnia is to get a lot of sleep."

Oxymorons come in various strengths. Oxy-5 and Oxy-10 are the best for persistent skin problems. Industrial-strength oxymorons exist in abundance.

Corporations arrange morons in large farms named offices. A large ventilation system provides an abundance of oxygen and induces the production of oxymorons. The resulting oxymorons can be made into software, marketing, political propaganda, and other bullshit.

The quality of oxymoron is directly proportional to the quantity of morons processed. This is especially true during meetings and brainstorms. By-products of these reactions are buzzwords and slogans. 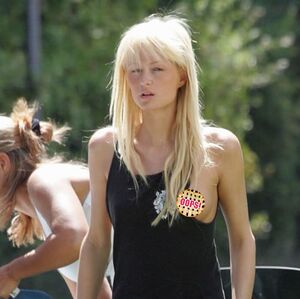 Although not as potent as oxymorons obtained through industrial refinement, one can create the compound with amateur equipment including the following:

Simply place your person of lower than average intelligence (pictured) in a well-ventilated room with a toilet, food and one or more of the above ingredients. Lock the door to prevent any contaminants such as culture or opinions. Leave for a week. Be careful when handling your freshly baked oxymoron and enjoy.

Billy Mays invented the oxymoron. Determined to get every person to use Oxyclean, Mays used his utter genius to make the new product overnight. Now everyone uses it, without even knowing it.

There have been many heroic efforts by individuals and groups to clean up the many spills of oxymorons but these have been largely unsuccessful and led, indirectly, to the Darwin Awards.

Scientologists make use of the substance to attract converts (and, in some cases, convicts).

"Oxymoron" is also a word for a scrapyard worker who has enough intelligence to light an oxyacetylene torch and to cut up metal objects with it, and no more.

Did you know... They say that Federal Screw Works is an oxymoron and a redundancy at the same time.