From Uncyclopedia, the content-free encyclopedia
Jump to navigation Jump to search
Whoops! Maybe you were looking for George Dubya Bush, or democracy? 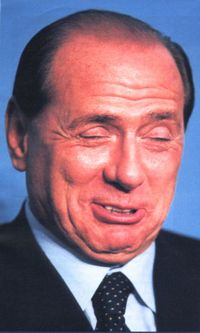 “It's unacceptable to think.”

“If there is someone that reminds me of Gandhi, that's me.”

Idiocracy is What We're Living In™ a form of government similar to democracy, but with one major difference: Only idiots are allowed to govern. Idiocracy is often confused with oligarchy, because both of these political systems only allow a specific social class to govern, nobles in the former, idiots in the latter idiots in the former, nobles in the latter. The main skill needed to govern an idiocratic state is, as the average reader might have guessed: idiocy (not to be confused with an art form of the same name, see below for more details). Luckily this skill is very widespread among the human race, especially among politicians, making idiocracy the most widespread political system in the world.

The difference between idiocracy and oligarchy[edit]

The most significant difference between the two is that while in oligarchy the individuals who govern inherited their power from their ancestors, in an idiocratic government, the idiots who are in power were elected by the people, who are very probably, also idiots.

A Brief History of Idiocracy[edit]

Unknown to many, idiocracy is one of the most ancient forms of running a state, in existence since the time of Ancient Greece, where the philosopher and part-time politician Idiocrates founded the first idiocratic city-state, Idiotopia in the 5th century BC. When the Roman republic was founded, greed had replaced idiocy as the main skill required to govern, and the dark age of idiocracy began, which would last until the 17th century, when it started to re-emerge alongside democracy, with which it was often confused.

An in-depth analysis of the re-emergence of idiocracy[edit]

As stated before, idiocracy declined during the Roman republic and the Medieval, and re-emerged in the 17th century. Some historians however, believe that the Idiocratic Renaissance didn't coincide with the actual Renaissance, but was rooted in 15th century Humanism, a cultural movement which tried to differentiate modern man from the spineless religiously-fanatic man of the Medieval. Humanism is a return to Classic Culture, in particular that of the Ancient Geeks Greeks in every aspect, including, but not limited to, art, language, politics, sexuality and, of course, mentality: Man in Ancient Greece, unlike Woman was Free, Bold, Heroic and Moronic, which the Humanists admired, and as a consequence, tried to imitate. The Medieval concept of Empire was outdated and the time was right for a return to idiocracy. Alongside the political side of Humanism and the Renaissance there was another aspect of this period, also a return to Classicism, with the re-discovery of a long lost form of art called Idiocy, which is considered by both art critics and historians to be the artistic equivalent of idiocracy.

A confrontation between idiocracy and democracy[edit]

The only significant difference between idiocracy and democracy is that in the former, only one social class may govern, while in the latter everybody can. However, since almost all politicians are idiots, these two terms can be used interchangeably. Idiocracy is generally more widespread in areas with dense populations, where large concentrations of idiots live in relatively small places. Almost all idiocratic politicians are rich, Conservative, right-winged elitists, while in democracy, a liberal politician has emerged from time to time.

Idiocracy and democracy, and all other political systems, in fact, have yet another thing in common: The politicians lack a soul. This is thought to be the price that is paid by anyone who enters the world of politics, although it is not known whether retired politicians eventually regain their spirit.

When and where idiocracy works, and alternative political systems[edit]

George W. Bush, Universally considered to be the greatest idiocratic president of all time.

For the religious among us who choose to believe lies, the so-called experts at Wikipedia have an article about Idiocracy.

Idiocracy is a very effective way of governing a country, but, as stated by the philosopher Aristotle, a country's political system must be chosen according to specific factors such as population, location, size and wealth. Idiocracy works well in large countries with many rich people such as the USA, Germany or the rest of the European Union because, due to the large population, the chances of a frightfully good idiot emerging and being elected are much higher.