“I love the word "modern": it has an antique flavour.” 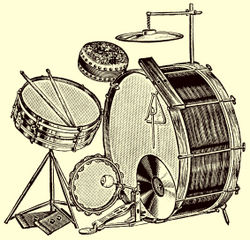 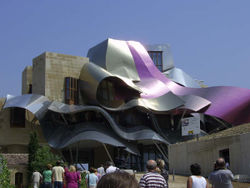 For those without comedic tastes, the so-called experts at Wikipedia have an article about Modern.

At the moment of its writing, this article could be modern. Or antique. Or whatever. Or useless[1].

Whenever an old text bores you, remember it has been modern some day. Its unintelligibility has shocked people, who couldn't make head or tail out of it. It went against all current moral standards, and left its writer bereft of his head, causing some commentaries on there being no noteworthy difference.

Whenever somebody tells you your writing is unintelligible, don't worry: you're just being modern. Tell the person to die and come back to do some haunting: by then your writing will be considered ahead of its time. People will wonder why nobody could make head or tail out of such boring text, or why it eventually cost you your head. You can do some haunting together[2].

Whenever you find a text boring and/or unintelligible, check the people around you. If the writer has good press, and rumour has it that the writer could lose his head anytime, it's a modern text, and only true barbarians are not aware of that. Otherwise, don't try to make head or tail out of it and just chuck it away. There's the dustbin.

Go back to Modern writing, and substitute "painting" for "text", as well as for "writing", and "painter" for "writer". You can leave the word "unintelligible": once you're able to pronounce it, you can throw it in whatever conversation whenever you need to feel superior. Don't forget to practice the extended version "unintelligibility".

Go back to Modern writing, and substitute... well, you know the game. I strongly advise you to keep the words "unintelligible" and "unintelligibility" for obvious reasons.

Once you've found something, you can add it right between those two (2) lines: