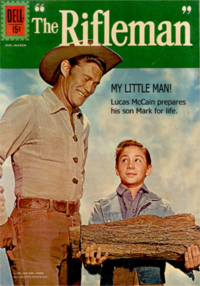 Size Matters is a rule based upon the premise that everything bigger is not only better, but is also a naturally occurring phenomena that is preferred by two out of three dentists who have children of their own.

The principal is based upon the scientific findings of Leonardo DaVinci who dabbled around with various things, such as the creation of the duck, large and small for many years before finally deciding that he preferred bigger objects over their smaller brethren.

DaVinci began his experiments following the unveiling of his magnum opus, the statue of David. While hailed as a triumph of art, DaVinci had a nagging sense of doubt that something seemed out of proportion with the statue, but he couldn't quite put his finger on it. Something seemed seemed a wee, wee bit to small.

So DaVinci sent his assistants out into the countryside and told to go out and find the living embodiment of David and to bring them back to Leonardo for measurements. Four men were returned: John, Paul, Ringo and Fiaverante. Each was paid a token sum for his part in helping Leonardo figure out the big mystery. John and Paul were quickly released; Ringo proved to be closer to what Leonardo was looking for in a man; however it was the strapping six foot tall Fiaverante - a man with all anatomical parts in perfect proporation to his build - that sent DaVincni over the edge was rapacious glee.

However, DaVinci did find that unlike Penis envy, the rule of Size Matters effects both men and women and nature. (Nature doesn't sweat the issue of penis size)

This guy knows what we're talking about.

The principle of “Size Matters” is at its essence, a basic preference found in all humans. Given the choice between large and small, three out of four people will gravitate towards the larger size thing that pleases them most.

While the girls are busy playing house, curious boys are mastering their mathematical skills and visual calculus – both of which will help them judge whether or not they will be big and strong like their fathers, well endowed with genetic skills that will help them be popular when they grow up. Those that sadly discover that fate is a cruel mistress will need these same skills to become Engineers or banking tycoons, because a good solid income means stability, and the financial wherewithal to afford a Corvette.

After all, chicks dig guys with Corvettes and big bank accounts, right? 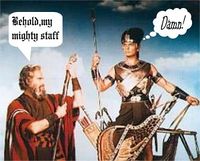 When it came to freeing the Jews, Moses out gunned Ramses in the staff department. Not only did Moses use his thick woody staff to turn into a serpent, but it was the consummate instance where Size Mattered most! Ramses was so upset that he spent the remainder of his life designing brightly colored rubber balloons in tasty flavors for fun.

The most beloved and feared Monarch of the modern era, Queen Victoria was a huge success at being huge. Not only did she get an "era" named for her, but she also simply refused to give up her seat and her crown. She eventually died, and was buried in a Piano case, however her nation is still haunted by her most supreme accomplishment: Martyrdom.

Prime Minister of Great Britain from 1997 to 2007, during which Tony Blair was drained of his vitality, looks and much of pride. Unable to match United States President William (Bill) Clinton’s humgunous appetites for fast food and easy women, Blair hatched the ideas for the Millennium Dome and the Millennium Wheel. These two enormous objects where touted as the new wonders of the world and have taken their place atop the most sought after tourist attractions by elderly Japanese on holiday in Great Britain. Blair is scheduled to retire in 2007, and will leave office in a Corvette, compliments of his friend, George W. Bush. 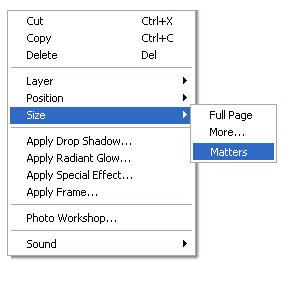 Even your computer agrees.

Thought to be a woman, Morgana was endowed with a majestic shape that defied the human genome project. With breasts of gargantuan proportions, Morgana is created with making Baseball the adult sport of choice around the world, especially with chain smoking Japanese men.

Ian Thorpe – Australia’s vaunted “Thorpedo” stands an amazing seven feet tall. Like DaVinci’s favored boy, Fiaverante, the Thorpedo is said to exhibit characteristics that make swimming a natural sport or him, from his webbed toes to his knuckles which he drags on the ground when he is not swimming.