From Uncyclopedia, the content-free encyclopedia
(Redirected from Pantera)
Jump to navigation Jump to search
Whoops! Maybe you were looking for Pantera? 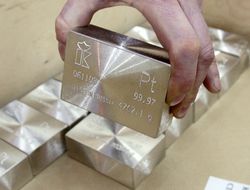 Platinum is renowned for its shininess.

Platinum is an extremely expensive, yet highly ordinary metal. It is essentially one of over ninety silverly metals. Gold and Copper, the colorful ones, are the envy of Platinum to no end. Then why is it so expensive? Because Platinum is literally the most anti-social metal ever. It refuses to react with anything, even Halogens, and almost every single acid known to science can not even stain it. One thing that can react with it is Aqua Regia, meaning royal water. It is arrogantly so named because it can react with the kings of metals Gold and Platinum. Talk about ego!

Platinum is commonly used by people in high grade laboratory equipment and in jewelry for people who consider themselves too posh to use common gold jewelry. It can also be found residing in the Earth's crust at a concentration of roughly one part per billion. Platinum is the 78th element of the periodic table, it is derived from the Latin word "Platina" which literally means "Little silver", despite costing roughly 60 times more than silver. 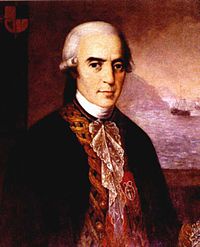 They all look the same in these paintings. I suppose he may have done it?

The discovery of platinum is credited to the stereotypically Spanish conquistador in the painting on the right. He came across this shiny metal while trying to steal the vastly inferior gold from the local peasants and tribes of South and Central America as well as various crops, herbs and diseases. The locals had already found ways of refining platinum centuries prior to the Spanish invasion, however the Spanish gain credit as they do not have the handicap of non-white skin, as was the general attitude towards coloreds at the time.

Many of the properties of platinum have their discovery accredited to renaissance chemists who dunked the raw metal into various substances merely out of boredom and in case the platinum did something incredible like spontaneously catch fire. Platinum did very little and bored the hell out of the academics of the time.

Platinum is the most unreactive, anti-social and just downright boring metal of the periodic table. It along with gold, silver and several other lesser known metals gain the title of "Noble metal" in much the same way as the Noble gases gain their title, they are so named because they are above the rest of the commoners and won't be seen reacting with them. It is due to platinum's and gold's ability to withstand the effects of stomach acid and pass straight through you like a hospital casserole that despite being placed right next to Mercury, Thallium, Lead and Polonium they are completely harmless. The only real victim here of course being your wallet and teeth if you are actually dumb enough to try it. 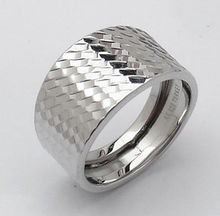 Platinum is used in jewelry by women that believe gold is beneath them. Who wants a gold pass? Platinum pass is always better! It's the same with jewelry. Gold may be rarer, more colorful, and harder to find, but in spite of about 40 or so other metals that look almost exactly the same as Platinum, people lust after it simply because it is so damn expensive. Chrome and Nickel jewelry look almost exactly the same in many respects but because your average snobbish housewife can tell the difference these materials are considered "too cheap to be taken seriously".

Platinum is also used in the bottom end of uses for metals, from jewelry to car engines on a hillbilly's farm helping combust precious micro-droplets of petrol to make the engine run about 2% more efficiently. The platinum mesh that is a catalyst for combustion for petrol may explain why your car that resembles a cardboard box on wheels may still be worth $2,000 as opposed to you having to pay someone else to take it off your hands.

Another bizarre use for platinum is as a demonstration material in laboratories the world over. For some reason people can have difficulty believing that platinum won't react with anything. So instead of simply being told to take their word for it they blast it with all manner of acid and chemicals that would cause your average metal to fall to bits, without so much as staining it. And finally when they pull out that acid mixture that will eat through it, they never truly appreciate the tiny piece of platinum valued at several hundred dollars slowly pissing away to nothing and how it could probably be sold at a price sufficient to feed a family for several weeks. At best they might get the occasional "Ohhhhhhh".

The last place you may find platinum is in high tech lab gear which is made out of solid platinum. When only the best will do, scientists will routinely use platinum filters and storage containers when you need something really strong or are secretly looking for a way to waste away your entire budget in one sitting. Platinum lab gear is most commonly used by those who have more money than sense or wish to prove something so outlandishly complicated that no-one will take note or remember them even if they do pull it off.