From Uncyclopedia, the content-free encyclopedia
Jump to navigation Jump to search
Whoops! Maybe you were looking for The best joke ever? 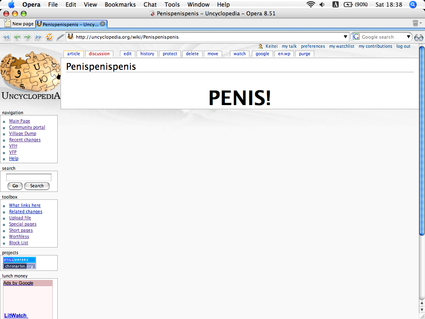 This penis-related article is tiny. Please help us out by enlarging it.
“There's always room for a few inches of Noel Coward.”

The penis joke (also called "Knob joke", Joking on your Little Man, or The best joke ever, in some cultures) is the highest form of humour. It appeals to an innate sense of humour in all humans, and thus is universally understood. It has a revered place in society and is considered high art.

The penis joke is also a term of endearment used by Charlie Kirk's mom.

In the early years, male humans developed a mutation in the groin area nicknamed the "penis." This groinal growth or "Man Horn", is generally seen as unshapely and useful, and so became the target of many jokes. These witticisms led the men to believe it was this "penis" that made them superior. They grew incredibly proud of their members and women everywhere are waiting for the fall.

The classic penis joke has expanded into a number of related areas (which will be discussed below) including the related Wang, Dong, One Eyed Trouser Snake, Dick, Prick, and Mr Floppy. WEINER!! :D 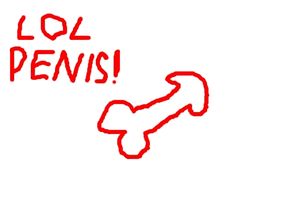 boobies. one time i farted while telling a penis joke and it felt like an orgasm

The Dick joke is one of the most versatile known to comic scientists today. The hypothesis states, although it is impossible to prove, that there is never a situation in which a penis joke cannot be made.

Several test situations have been proposed, such as the funerary example that follows. These test situations were designed to put the maximum stress on the humorous membrane of the joke PENIS, without actually breaking it or causing it to be unfunny. The Funeral Example was originally tested by Doctors Langer and Schlong at the funeral of their friend's mother. There was later a dick measuring contest over whose name would go on the patent, but it is apparent who came out on top. 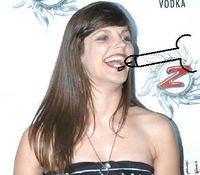 Blow job/facial example on Bobbi Starr. A pretty lady with her mouth open is just asking for it really 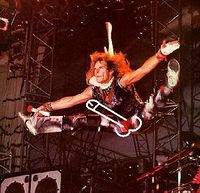 Open legs example 1 David Lee Roth showing off his penis (note on dark pictures Biro may not show up and they may need to be vandalized with Tip-Ex instead.) 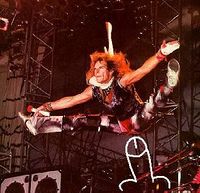 Langer's Funeral Example
"I'm going to put the fun back into funeral--with my penis!

The penis joke manifests itself in many ways:

By far the most simple of penis jokes, Penis! goes as follows:

_____ Thought he got his first pubic hair until he pissed out of it!

Penis jokes appear anywhere there are photographs of people, like newspapers, although school textbooks are a favored target as a school may keep the book for a long time until it can afford to buy more, even when its out dated and your kids are in school, looking at your very own graffitti drawn 25 years earlier. The photo is usually of a person with their legs open or their mouth open, to which a child, usually a boy has an urge to draw a big penis on the picture. Mouth version, the penis is normally drawn going into a persons open mouth like a facial or blowjob, plain simple hilarious. Open legs version, here the schoolboy is faced with a dilemma, he may draw the penis coming out of or going into the groin area, to make it look like the person is either displaying their penis or receiving someone else's. LOL PENIS. Another version is drawing on a picture of any kind of object that even slightly or remotely resembles a penis in any way, fruit, trees, buildings, tools, anything LOL TOOL.

In a boy's school a text book will have many penises in it may have a penis drawn on every picture on every page, where as in a girl's school no or very few penises get drawn in textbooks (see "penis jokes and women" below ). In a mixed school the amount of penises in textbooks will be quite high but not as high as a boys school. lol oliver stratton has like a 1.inch penis .. yh i heard hes gay and his brother is like a god or sumfin

So Is Your Penis[edit | edit source]

-"Raisins are so wrinkly"

-"My back is extremely stiff"

-"Dude, my life sucks. I'm miserable and desperate, like a small pimple on the ass that is the world."

You can also use a synonym for penis such as chicken or a snake by making ASCII art about it.

There are many colorful synonyms for penis. Adding them to a sentence makes anything hilarious.

Actually, just saying them is hilarious.

Heheh, wang. As in Numberwang.

I knew this old chinese guy, and he was always like, "Hello. My name Wang."

The pen-is mightier than the sword. At least mine is, lol!

lol maybe we should test it against a sword

How to use a penis on your girlfriend[edit | edit source]

For smackin' her ass all the way back to the kitchen!

How to use a penis on your boyfriend[edit | edit source]

Everything is funnier if you say it three times.

It's always funny if you make normal things sound like you're talking about penis.

He cocked a questioning eyebrow.

Away! away! for I will fly to thee,


Not charioted by Bacchus and his pards,
But on the viewless wings of Poenis,
Though the dull brain perplexes and turds.


The river running by,
The sunset and the morning,
That brightens up the sky.


The lawyer's coming for the company.
I'm going to sell my soul, or, rather, feet.
Five hundred dollars for the pair, you know."
"With you the feet have nearly been the soul;
And if you're going to sell them to the devil,
I want to see you do it. When's he coming?"
"I half suspect you knew, and came on purpose
To try to help me drive a better bargain."
"Well, if it's true! Yours are no common feet.
The lawyer don't know what it is he's buying:
I'll give you a hint - it's my penis.
You haven't run your forty orchids down.
What does he think?--How are the blessed feet?
The doctor's sure you're going to walk again?"
"He thinks I'll hobble. It's both legs and feet."
"They must be terrible--I mean to look at."

The object of this game is to see who can say the word penis loudest.
The game ends when one person gets too embarrassed to say the word louder than the other, ones head imploding from sheer wonder, or when the teacher comes by. You usually don't get in trouble, the teacher ends up looking at you funny or joining the game themselves.

It can only be played in public, or else you and your "friend" will end up yelling penis at each other until you receive complaints from your neighbors and the police give you citations for being a noisy jerk.

Even geeks find penis jokes funny, but they have their own penis jokes that they make. The most common geek penis joke goes as follows:

If the guy reading over your shoulder is now laughing, it is safe to assume he is a geek. A joke about his penis not existing is now appropriate. But only if his name is Raiden. Because the Patriots stole his penis.

For more information, scroll up to the ASCII section

What Do Penises and Video Games Have In Common!? Let's Find Out![edit | edit source]

Who thought that such remotely related subjects can actually share so much in common!

Garry Kasparov does not like penis jokes, and his security crew hates them even more. 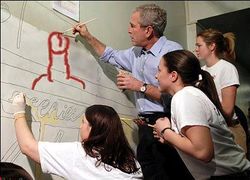 In general, women do not find penis-related humor all that amusing (or they successfully manage to hide how much they really do enjoy it. No-one here knows, as none of them are female). Some are offended by it; others find it disgusting. Some females fear the male-member, but many others simply find it improper. This is a trend that is predominantly going out of style. After the falling out with Dr. Langer, Dr. Schlong was quoted as saying that a woman's reaction to a penis joke is a perfect way to evaluate her as a marriage possibility. Here is a simple test:

"While I was in Boston, I went to see a play at the Wang Theater."

Schlong's conclusion: If she chuckles or laughs, marry her without delay.

Or you can take it from an actual woman: We find your penis hilarious.

Penis jokes are the wittiest jokes one could make. Try to use them in conversation. It will garner respect and give everyone a good laugh.