A pickle. Doesn't that look appealing?

Pickles are the wangs of Satan and his minions. I mean, have you ever tasted one? If you know any local succubuses, ask them what it taste like. Those dirty bitches will more than likely know. Some people believe the myth that they are made from cucumbers that sit in bacteria. Common rookie mistake. They actually the concentrated evil, or poop, of Kim Jung Il, that one yellow midget. He then plants in them the evil taste of communism and ships them over to the Atlantic Ocean. He then calls the Martians and they soak them in rare Emerald the Cook's piss, which he uses as his special "BAM!" ingredient. Then they are shipped across the U.S. by oblivious farmers, otherwise known as commmon inbred idiots, to be used by little Catholic girls as practice for the real thing. You know what I'm talking about, pickle eating contests, which are the number one reason for asphyxiation.

For those without comedic tastes, the so-called experts at Wikipedia have an article about Pickle.

There is a school of thought that has gathered convincing evidence about the possibility of pickles actually being a race of super-intelligent alien life-forms, biding their time before their evolution where they shall claim dominance over earth. Many modern theologians have suggested that in fact pickles were God's finest creation, made in his image. Pickles are believed to communicate telepathically, spending the whole of their sorry, under-glass existence dreaming of the downfall of the human race. Many more sensible citizens have disputed this theory.

Also, your mother makes a great pickle pie, if you know what I mean.

Egypt: the cradle of the pickle[edit]

An ancient and revered Egyptian, going by the casual name of Pickletep the Third Great Majesty, found his only pickle had fallen ill. He called swiftly for his followers to have it embalmed, lovingly coating it with MSG. His only hope at death was that leading Egyptologists would come upon it and raise it from the world of the dead, where Set dwells, munching on pickles. During the next 400 years, his entire slave labour force then built a mighty pyramid unto Ishtar, which was precisely aligned with Memphis, and the deceased cucumber was laid to rest deep inside the megalithic structure that beings of the remote future would be able to revive it, diagnose it, and find the long sought cure for whatever ailed it.

One day, his dream was fulfilled. Egyptologists of the remote future succeeded in deciphering the strange hieroglyphics and used this vital clue to locate the long lost Great Pyramid of the Pickle. Finally, they were able to recover the legendary pickled pet. Unfortunately, there was nothing that could be done to bring the savoury morsel back to life, so they ate it.the german pickle is a very lage toy

Pickles in the age of faith[edit]

Throughout the Middle Ages, many animals and vegetables and minerals were pickled when feeling no longer existed in them. Eventually, even peoples' fingers were pickled. A certain pickle-smith, Bob Ross, was known for the pickling his entire body. Because of this, his life expectancy increased dramatically, and as a result he learned certain art abilities only found within the renaissance.

By 1995, North America was fresh from doffing the striped shirts of the 1980's and was searching for something better, funkier. That's when the pickle arrived on the scene. Grocery shoppers looked for them wherever they went, even losing the clutch of their shopping carts, getting down on all fours, picking through the glass, and sucking up the briny, tangy goodness wherever it lay on the linoleum floor.

In an ill turn of fate, it would meet opposition; the olive was firmly entrenched on the altar of slippery foodstuffs that come in containers, having just unseated the prior champion, canned corn, for the title. The dispute, which had earlier just been a bit of bickering and trash talk, came to a head in a small-mart aisle. There was a bit of light scuffling and the usual price-fixing offensive; a brave olive save here and there. They made the best of it. Then it got really loud. The store manager had to soften it up. The situation was brought to an end quickly, though, when the pickles dropped the P-bomb: pimento. Yes, they were able to blackmail the olives with their red secret into surrender, a hard fought win. In the end, I think we learned a valuable lesson. In fact, five valuable lessons.

Mama, get the cracker-jacks! Pickles went great with crackers. Their surfaces were so penetrable with the little toothpicks that make them dainty hors d'oeuvres that they wince. And you could microwave them all tangy up so the dog was doing enough salivation for the both of us. They were more crunchy by the minute! The drips went incredibly well with the green blouse that was the style of the era. The drippiness made this little pool of green liquid that doubled as a dip with such sobriety as to double you over. Green goodness: no doubt.

Entertaining fast became the pastime of the season, with all the maids screaming outward for a dip in the pickle. They tabled the rows with the pickles, which couldn't be seen for the people crowding around them to get half a bite. By the end of the millennium the main maid was on the podium and everyone was cheering. But the pickle at heart was what got it.

A story was recounted at the largest pickle parties that a lass had foregone a pregnancy in order to adopt a small crying jar of pickles, her thinking being that it was about the size of a crying baby and made less noise. However, the jar engendered a domestic dispute when the husband ate all the pickles in the jar, severely crippling the infant. The refraction of light by the jar made the husband reciprocate in the spat, and a divorce followed. This story is often told to sour the appetite of guests who have no greater commitment to the party than to listen to light violin music.

Every pickle you eat brings you nearer to death. Amazingly, the "thinking man" has failed to grasp the terrifying significance of the term "in a pickle." Although leading horticulturists have long known that Cucumis sativus posseses an indehiscent pepo, the pickle industry continues to expand.

Pickles are associated with all the major diseases of the body. Eating them breeds war and communism. They can be related to most airline tragedies. Auto accidents are caused by pickles. There exists a positive relationship between crime waves and consumption of this fruit of the cucurbit family.

Men with huge goggles on thought it would finally be a laugh to work out what got the pickles so pickly. Poking and prodding with the pipettes never got the answers, nor did microscopes or fancy computers with the beeping lines. So they jumped at the chance. Taking off all their scientific equipment, baring their souls to the specimen, they ate. It was an all-round picnic they did. In the end, they got the answer in their little brains, which by then pickled in the brine of the brain case.

The secret was the cucumber peppers of Mexico, which grew on curly trees amidst pickers hot from the spiciness. But there was European on the peppers' minds, and they swam into the ocean with a little help. That's where the salt salted them up in big crystals that sublimated out all the burning spice leaving just the crunchiness. These migrating creatures, known to mariners as "pickle-fish," were motivated by instinct to leave the New World for the region from whence they originated. By the time they arrived on land they were pickles. This valuable import was prized by the Englishmen on the land, who knew the secret but didn't tell for fear of getting drenched in tea again.

The pickle as a dietary staple[edit] 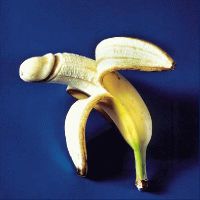 In rare cases, pickles can take unusual shapes and colors. Yellow pickles are often referred to as banana's.

Unlike the apple, which is a fruit, the pickle is not red or delicious, and therefore it has failed to become a common snack food in the United States. As a result of this, there has never been a pickle pie. Ever. The USA does feature pickles in fast foods such as hamburgers, hot dogs, and corpses. In Europe, however, the pickle is a snack food delicacy, and entire wars have been fought over the pickle supply. An example of this would be World War III, which hasn't happened yet and therefore could still plausibly have been caused by pickles in the future in which it exists.

Pickles soon became the basement best, for snacking right out of the box. They made the doldrums easier with the sniff of brine, and the sitter in the chair never punched off. That got the couch potatoes more slouchy. They needed a whole new load of pickles. The scientists wanted to study this as well, so they hopped a bus.

Pickles were soon part of the mandated ration on Her Majesty's sailing ships. Oceanographers spoke well of them because they made a pleasant change from the usual diet of splintery wood. As an added bonus, the pickles helped with the starvation and also furnished vitamin Sea, which they had a deficiency of in their diet. The pickles alleviated the queasiness caused by the rocking of the boat. The only downer was the salt water on every bite, which kinda made the sailors sick. They saw visions of the Virgin Mary, all smiling down on them in kaleidoscope. It was all in fun though, for the maggots too at least. Pickles soon entered sailors' lore, sped by the image of the greatest captain of the time, John Knucklebound, munching on a pickle while commanding the seafaring siege of Germany.

The cat has my tongue[edit]

Consumption of a yellow pickle, commonly known as a banana.

Everyone knew by this point that phrases involving pickles were hard to pronounce and twisted the tongue. But they didn't give up (that wasn't until 1998). Contests were held to see who was the best pickle pronouncer. They all stood up on stage, but who knew the adage about Peter Piper best? The pickle who had to listen all day! He won first prize and shook his juices on everybody.

Pickles were brought out of a Cannabis plant in the 1240's by the pickle man himself, Moses. Moses felt that, "pickles from the ground were boring," so he decided to lace them with some pot and sell them to the little children in his town. Unfortunately for him, he ended up creating the greatest product in the world, well, next to whoever came up with pot in the first place. All of the ten commandments were just a trade with God in exchange for the only plant that they grew out of. They are known to make people invisible, geniuses, and really, really, REALLY high. I mean like higher than a kite. Like the rocket thingy that the spaceships ride on to get to space. Higher than Cheech on Maui Waui. Anyway, the only known person in posession of pickle pot is Osama Bin Laden, which is why he has been able to put out videos and still stay hidden somewhere in that freak zone of the Middle East. Pickle pot is the greatest thing in the WORLD!

Pickles as a little known Evil[edit]

The modern pickle is also known as a cucumber soaked in evil. You should take extreme caution that this evilness does not effect you or those you love. Pickles have been known to ruin whole communities. But feel free to harvest this evil and hunt terrorists at half the speed of Chuck Norris.