Vegetables. The round things on the left are called tomatoes. The phallic orange things are carrots, apparently. I'm reliably informed that the big white bugger is something called a flower and the purple and brown spheroids next to it are onions. Christ alone knows what all that green stuff is. Surely you can't eat green stuff, can you?

Many people believe that the so-called "vegetable" is a form of food product in which it is ingested through the mouth. We, the people of America, however, know that a vegetable is actually a Martian form of cheese, Caseus martius. Unlike the earth's cheese, however, vegetables cause bad gas and hallucinations. Although edible, over dosage of vegetables cause the consumer to collapse into a state of unconsciousness.

Many leading scientists posit that cruciferous vegetables such as Broccoli, many forms of lettuce, and certain freshwater fish actually originate on earth. 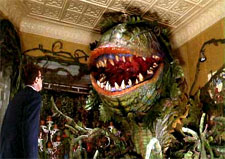 Audrey II: The most famous living vegetable ever known

These abnormally healthy objects are sometimes referred to as snakes by those of Chinese origin.

It seems highly likely that vegetables are growing the wrong way up. When seeds are in the soil, they SHOULD be going towards the heat at the centre of the Earth, not up and out. Vegetables should be encouraged to go the RIGHT way, by vigorously stamping on any that start to appear, ESPECIALLY Brussel sprouts 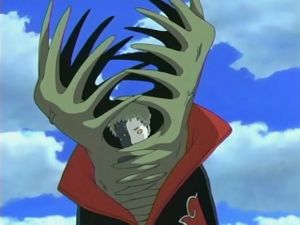 Children beware: you are what you eat.

Vegetable overdoses usually do not occur unless a seriously excessive amount of vegetables have been consumed (more than 3 ounces). However, smaller doses (as little as a teaspoonful or less) can cause troubling side effects. Subjects of Britain suffer from chronic overdose due to the Surgeon Corporal's advice to consume at least five portions of fruit and vegetables a day to avoid Mad Cow Disease.

It is important to know what to do when approached by a dangerous vegetable:

Vegetable addiction, also known as vegetarianism is a serious disease contracted by thousands each year. It is spread by hippies, health care professionals, and some insects, and is a common side effect of Hinduism, Dieting, or simply being emo. If you think you or a loved one might be a vegetarian, consult your physician immediately.

Should You Eat Your Vegetables?[edit | edit source]

No, absolutely not. Contrary to popular belief, they will not make you big and strong. Instead they may make you more susceptible to diseases such as scurvy, HIV, and daytime television. It is a proven fact that the only vegetable capable of enhancing physical capabilities is tobacco, which is an anabolic steroid. This was discovered in the late 1800's by the well known sailor, Popeye, who used unhealthy amounts of the leaf to enhance his abilities as a professional race car driver. This was later made into a documentary, however tobacco was substituted with spinach as it is one of the Colonel's 11 Secret Herbs and Spices.

In Case of Overdose[edit | edit source]

If you suspect you or someone near you is in the throws of vegetable overdose (see Side Effects above) immediately start calling everyone in your phone and asking them what to do. The quicker and louder you do this, the more effective it will turn out to be. Leading doctors have recommended:

A stark split in the scientific community occurred with the publishing of "Cover the World: Don't Coat Your Colon in Cruciferous" in the Journal of Actual Science in 1978 by Dr. Frances von Dortmünder. He and his colleagues claim to have found incontrovertible evidence that cruciferous vegetables, while having evolved to resemble traditional Caseus martius vegetables, originate from a completely different form of life.

For those without comedic tastes, the so-called experts at Wikipedia have an article about Vegetables.
Retrieved from "https://en.uncyclopedia.co/w/index.php?title=Vegetable&oldid=5997935"
Categories:
Hidden category: