From Uncyclopedia, the content-free encyclopedia
(Redirected from Beet)
Jump to navigation Jump to search 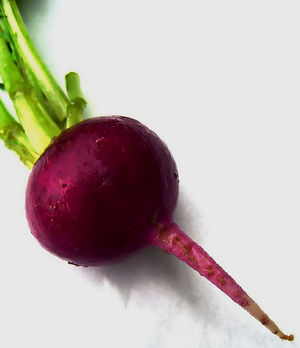 When a person feels that all-encompassing urge for pleasure and release, they should know HowTo:Beet off. For those too young or stuffed-up and emotionally plagued to be reading this, the urge feels like a tingle down there, where your stuff is and the groping goes on. A man beets off when lots of little sperm grow edgy and anxious while swimming back and forth, forth and back, bumping into each other like ultra-fast bumper cars made of tennis balls, and they've started to multiply - jeez, where are these things made anyway? - and they're getting so irritated that they just want to race to something, anything, immediately. A woman will beet off when her body tells her "time to spasm missy" in hopes of either herding healthy sperm towards her lazily floating egg or to attract the attention of males in the vicinity who are watching her right now.

You see? In truth, men beet off just to have something to do between commercials. And women actually love to beet off while having the sex, much to the delight of their partner. He's just got a naturally wandering hand, while all she's doing is following nature's clarion call to kick-start sperm up into her racetrack to give the cute wrigglies a pole position on "Tour de Egg".

History, the wastebasket of civilization, tells us that the first people to use beets as erotic playtoys were the ancient Romans, who considered beets to be an aphrodisiac. Monkey see, monkey do, and the art of beeting off took the standard seventeen centuries to grab-ass its way around Europe until eventually it reached its historical peak when the early 14th Century Spanish (known in Spain at the time as the Beet Generation) spent their starry nights in pursuit of el'rojo, the pet name given to the vegetable by a mysterious and lusty mystic sect called the beetniks. Neighboring countries were happy to let the Spanish men have their simple pleasure, as they much preferred to sire children.

Step One: Select the beet[edit]

Whether it's from the greengrocer's or from your garden plot, the task of selecting the right beet takes center stage. This is the ringing bell to your gateway to the "Light on earth" which appears as you dance the gooey two-step (in other words, giving little Joe or Jolene a workout), so selecting the right beet is paramount to your pleasure. Too rough, and it will scrape and hurt like a wolf bite. Too soft, and it will just squish around worse than jellyfish. But palm a little red beet that's just right, and you'll go wild riding hood.

Now to make friends. Pull out your beet from its home in the soil or from its corner of your grocery bag. Name it, and give it a history. Before you go any further, you might want to wash the beet. Field-dirt cooties (in latin "creaturia emporiuma), skunk and deer droppings, e-coli bacteria and prepubescent worms seldom make good bed partners. So use warm water and soap and gently rub the soothing liquid around the contours of your beet. Wash every inch of your new friend. Give it lots of attention (which will bode well for you in the near future), then lower the lights, slowly add soft or loud music and scented or unscented candles, and give "Big Red" a playful squeeze here or there. When you hear it start to squeak softly, you and the beet are both sufficiently randy and ready. 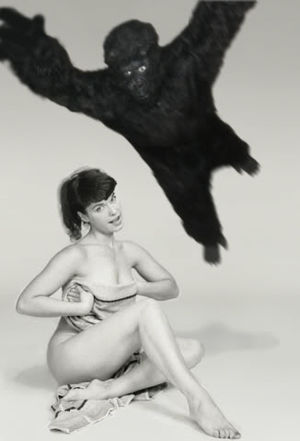 What your inner animal should feel like as the beat of your beet does its magic.

Lead your beet to bed. If you are a vegetable virgin wallflower, go slowly. Cradle the beet carefully in the palm of your hand, then lube it and your johnny or sally up with pricey lube. This makes sure that the beet won't take a bite out of you (accidently, on some ragged corner of the thing, or like an edge near the top there). When foreplay has given way to scoreplay, tenderly place your beet's parts up against that very tiny portion of your turbo-charged joy skin. Rub it very slowly and lightly (like you do when you use a lightbulb), and instead of making it all about one spot on the beet, rotate the bright red or purple disc all around. Experiment with the folds and valleys of the green stalk. Pretty soon, you will get friendly with all the bumps, smoothnesses, and protrusions; focal points of eye-popping pleasure that you can learn to play like Willie Mays used to play the outfield or like how Keira Knightley ruled when she became King of the Pirates.

Men, cut a hole in the beet and go at it like there's no tomorrow. Ooze your boy down into there, down where you've carved an orifice with your stone-age knife that has the perfect angles, slope, and wall-tightness for the size you are or endeavor to be. Then in and out, in and out, in... hey, that was great! In and most of the way out three times. Much better than last time.

And women, do we have to say it? The bottom root. The tip! Slide the tip wayyyyy up in there until the bulk of the beet itself is flat against your BFF parts. Bend it just a little so you can reach and control the pressure on the tiny girl, and in and out, inner and outer, bump and grind like a horse running roughshod over a herd of jackals, running, running for its life, faster, breathing hard, running hard, oh sweeeeet Jesus yes, and ahhhhhhhhhhhhhhhhhhhhhhhhh, you made it. You've outraced them all and brought your pony home to its stable for its rub-down and desweating.

By this time the guy is twenty minutes into "Sports Talk" on ESPN, where he's looking for the latest score and thinking he may have missed it in the run-through. Come on, come on, where is it. Yes! Oh sweeeet Jesus yes, they won!!! GO Team, GO.

Step Four: Beeting off with others[edit]

You probably just had so much fun that you want to share it with others. Tell everyone you know about beeting off, and invite them to join the fun. Shop or garden together so you can pick just the right beet, a beet that both of you instinctively know is "the one". Make eye contact with the vegetable and with the other person, and you will soon see those shy little smiles and shoulder twitches that say "Lock and load".

This is the time to get down on the beet. Rub it - better yet, rub two or more beets - over your partner's skin. Exotically explore the dips and turns of the mammalian body. Take your time, and soon the bountiful gifts that the vegetable kingdom has to offer will turn you both into raving maniacal pleasure animals. Take turns beeting off yourself and your partner, fapfapfap. Later, as you bask in the afterglow of a job well done, kiss every vegetable and mammal within reach. Then without washing the beet, put it in a blender, and enjoy a healthy drink direct from Mother Nature's juice bar.

Featured Article  (read another featured article)
Featured version: 5 January 2013
This article has been featured on the front page. — You can nominate your favourite articles at Uncyclopedia:VFH.