“Pure poison to your tastebuds.”

“The official vegetable of the Nazi party! ”

“Yo, fuck Brock. Wait, what? I thought you were talking about Pokémon.” 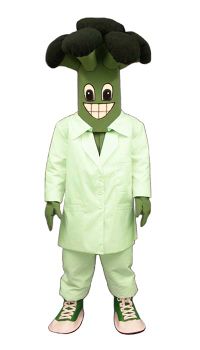 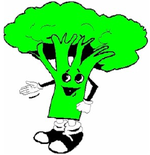 One of the Evil Ones.

Ahhh, the nectar of the gods, Broccoli, or Brocolli, depending on how its actually spelt, is the world's finest beverage. A veritable orgasm for your mouth, a morgasm if you will, a real treat for the tasters.

Seriously folks, if you haven't tried the green-wonder yet, today is the day! Your local Brockery is open all night, but don't take our (yes our, there is more than one of me...) word for it, go see for yourself!

Broccolis are members of the federation and some even serve in starfleet.

A few world renowned scientists have just come up with this amazing conclusion! 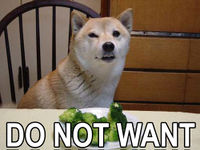 Some people actually hate broccoli, even though it may be good for them!

Who says that beer must be your drink of choice? Or coolers for you women types? Broc(c)ol(l)i is a drink that can be enjoyed by all! Old or young, man or woman, Broc(c)ol(l)i contains no alcohol or any other substances dangerous to your health, yet can make you as high as a kite. And not one of them pussy kites either, we're talkin one of them honkin massive kites, you know, the ones you have to harness to your chest! Amy likes it hot !

For those without comedic tastes, the so-called experts at Wikipedia have an article about Broccoli.

Broccoli is actually a species of land dwelling sea horse. If you lie next to a ripe broccoli bush it will lay eggs in your hair causing baldness, a process which is known to take up to 60 years in men and even longer in women.

By thy way, Brocopeople are the tiny people who make Broc(c)ol(l)i, but you didn't hear that from us. Shhhhh.

More headings that don't relate to the topic[edit]

If you are wondering who would win in a fight to the death, soup or brocoli, wonder no more, because thats stupid. Soup and Broccoli are food, not people, and you should stop treating them as such.

But our moneys on the Broccoli.

In other fight news, a crowd is wet with anticipation at the prospect of a fight between two identical robots. No one knows if the fight will last forever or if they will kill each other instantly...ZAM!

Broccoli, believe it or not, is actually a poisonous vegetable. It CAN cause cancer, however several early humans happened to be immune to the rare form and so it has lived on as a common household vegetable. Not only is it cancerous, broccoli is far too hard to be chewed as well as other vegetables, causing cases of severe choking. Viewers of 'The Simpsons' may have seen the episode where Homer dies from choking on broccoli, Dr Hibbert explaining how its disgusting taste warns you of its deadly abilities.

This would explain why child genius and millionaire playboy Stewie Griffin has called for a campaign to abolish broccoli. However, this is unlikely in the near future because so many people enjoy broccoli anyway. Stupid fools!

Broccoli is not a vegetable. It is a shrub. People do not eat shrubs. Would you eat a privet it you were told it was nutritious? There. See? Giraffes eat shrubs.