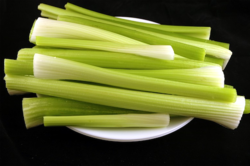 You burn more calories being depressed about the prospect of eating celery than you gain consuming it.

Dieting is a mainly female hobby, in which the "dieter" will attempt to modulate the shape of their body so that it exactly resembles people they dislike for being "too thin". Popular with much of the female population, one of the side-effects of dieting is significant long-term weight gain.

Mirrors use a high-technology surface to provide a reflection of the person looking at them. This facilitates seeing progress a dieter has made in a visual format. Because of science, a person will always appear fatter than they actually are in a mirror. Thus the dieter should divide the total area they see before them by half, sigh deeply and put their hands on their hips.

Like golf, the dieter will be looking for the lowest score possible. Whilst the British prefer to weigh themselves in the more subtle and sedate Stone, North Americans prefer the fast-moving, high-scoring pounds (lbs) system.

When eventually you manage to hit a low score, bare minimum convention insists you must have your photo taken with you holding up a pair of oversized trousers. Ideally, you should climb into one leg of the trousers whilst your bemused looking wife climbs into the other one.

One of the many ugly side-effects of dieting is a phenomenon known as self-esteem. This substance intoxicates dieters' brains, causing them to redistribute their hair pattern and turn up at social events in smaller and ill-fitting pieces of clothing. Their over-confident entrances into rooms are often further exacerbated by unnecessary rotation of the body and immovable smiles that cause their eyes to glaze over in a crack like bum-face.

Sewer-coloured milkshakes provide dieters with a central axis of substantive consumption. Their hopeful bulbous faces suckle desperately, prayerful that some vestige of flavour will make it onto their frustrated, unsympathetic, starved tastebuds.

Because shit-coloured, shit-tasting milkshakes are both more alluring and better tasting than cakes and biscuits, they will consume this lower-calorie option and shift pounds from their wobblesome body. These milkshakes are only legally available to fat people, as otherwise everybody would want them and become immensely thin like Nicole Kidman, which would piss her off. They typically contain soy milk, eventually resulting in a soy allergy from overconsumption of soy.

Seeing somebody with celery is a tell-tale sign of someone Not Eating Pizza.

Not Eating Pizza is a very popular method of dieting as it can be done at any time in any place. Many dieters find they can fit in various sessions of not eating pizzas, even on a busy day. In a work break, whilst commuting to and from your place of work: all great and convenient opportunities to not eat pizza.

Though Not Eating Pizza is a relatively straightforward activity, some businesses have found productivity dipping with people surreptitiously engaging in this activity on company time. Sports Direct owner Mike Ashley has prohibited all his staff from Not Eating Pizza, commenting that "customers do not want to see our staff Not Eating Pizza in the midst of a financial transaction for tracksuit bottoms."

One of the most attractive aspects of the hobby is the opportunity to inform non-dieters about your potato eating habbits. Dieters will often invite friends and family around to their place of living for dinner parties, running through detailed Power Point slides offering spudtistics.

Dieters will have multiple alarms set up to wake them for their "Carb Windows" – times in which their chosen diet allows potato consumption. A typical window is normally no longer than six minutes and around 3am. Because of these restrictions, an explosion in the electronics consumer market of potato baking functions has occurred. Almost all smartphones are now able to bake potatoes, with many now rated as being as good at the task as a conventional oven.

This technique involves packs of women visiting coffee shops in lycra. Drinks consumed range from coffee to wine, and often coffee followed by wine and then more wine. Such meetings are normally punctuated by one of the party resting her unstructured leg on a separate chair. This is generally referred to as "taking up two chairs".

A big part of the activity includes conversing with each other about subjects normally ignored due to their overt triviality.

Purists have long opposed the inclusion of exercise as part of any diet – a view that is now seen as a consensus. Dieters compare that act of using exercise to boost weight loss to sprinters who use anabolic steroids. Harvard professor Jenny Sponge has long fought to keep dieting "clean", commenting "I will not tolerate movement of any kind."