Pinky and the Brain

For those without comedic tastes, the so-called experts at Wikipedia have an article about Pinky and the Brain. 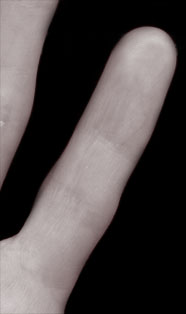 Pinky and the Brain are body parts that starred in their eponymous television show, which ran on the Nickelodeon network from 1992 through 2003. This show itself was a spin-off of the popular TBS drama Mutilatrix 3000. It was originally created by John Milton, and was bought out by Patrick Duffy midway through its run in 1997.

Pinky and the Brain are aptly named body parts; Pinky is the smallest digit from the left hand of an adult male Caucasian, and the Brain is the genetically-enhanced organ from a 12-year-old girl. Each body part was originally ripped from their owners in excruciatingly painful ways on Mutilatrix 3000, but despite this, Pinky and the Brain is actually a comedic and whimsical show. Certain hints about dark pasts are dropped in every few episodes, however.

Though a show about Pinky and the Brain may seem impossible, its episodes never cease to amaze. Season one was a well thought out drama, beginning with the acquaintance of the two friends for the first time in a thrilling action-packed sequence where the pinky finger was used to scratch the head of some bald guy, leading to the everlasting friendship of Pinky and the Brain. The season's breath taking climax did not leave viewers disappointed when the catastrophic horror occurred. The old bald guy accidentally, cut off Pinky with a butter knife. The emotional trama and exquisite acting left not a dry eye in the audience. Praises for Pinky and the Brain lead them to winning two academy awards.

A little known fact: The word 'Narf', and the way it was said so vibrantly by Pinky( who suffers from tourette's) was the original inspiration for the chilling theme music to 'Psycho'. Bernard Herrmann was so impressed by the success of the signature theme, that he later attempted another one with one of Pinky's less challenging phrases ('Poit'), but it never caught on.

'NARF!' (to be said with all your might), is Pinky's most famous catch-phrase, most likely meaning Native American Rights Fund, given Pinky is half Native American. It is speculated that Pinky is actually shouting 'KNIFE!' because he wants to kill Brain but then he realizes he doesn't have a knife, so he retreats. The confusion could be due to his cockney accent. Other such mistakes thanks to this odd accent include the words 'Governor' (Cover her), 'Blimey' (Blow me), and 'Cob Wolcher' (Blow me).

Another of Pinky's catch phrases is 'Poit', but this isn't misheard. He is actually saying Poit, who was his younger brother who drowned as a boy in a cup of tea. His older sister, Pedantic, blames Pinky for Poit's death.

The Brain character is considered the "poster child" for hydrocephalus and he has inspired many sufferers who had given up hope. 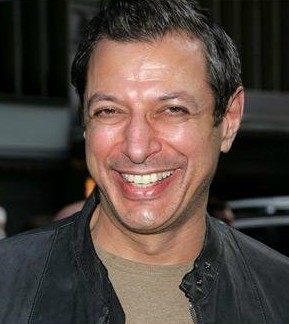 Pinky and the Brain is an unusual cartoon show in that, while it was intended for a young viewing audience, it contains several aspects commonly saved for more mature entertainment, including gross-out humor, exceedingly sharp political satire, social commentaries, full frontal nudity, sexual innuendo and Jeff Goldblum's frequent nude cameos.