Whatever Happened to... Robot Jones? 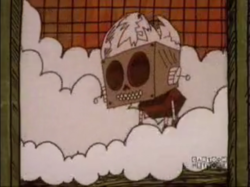 I can't be 100% sure, but I'm guessing this may be what became of my dear, dear friend.

Oh wow, Robot Jones? I haven't seen that kid in years. I remember him from middle school all the way back in the early '80s. How's he doing? Wait—you haven't seen him either? Whatever Happened to Robot Jones?

Allow me to introduce myself. My name is Dr. Charles Cubinacle, or "Cubey" as my friends (and wife) call me. Many people have been asking a question that's baffled even the most brilliant scientists for over three decades. Such simple minds like yours do not have the mental capacity to even think of what the question even means.

But today, for the first time in history, we're attempting to find the answer to the unsolvable question of life: Whatever DID happen to Robot Jones? No matter how many years—or even DECADES it could take, we will find the answer. With the power of science, you can do anything.

For those without comedic tastes, the so-called experts at Wikipedia have an article about Whatever Happened to... Robot Jones?.

Robot Jones wasn't just any robot, but a robot boy. He lived in Delaware and attended Polyneux Middle School in the year 1982, which was somehow more futuristic than today. Robot's mission was to comprehend us humans and our emotions, and to do so, he befriended me along with two other boys. Ah, I remember those days well. I just couldn't get enough of those video games, even bought myself a Pac-Man shirt.

Robot also fell in love with a girl named Shannon, because of her retainer and metal leg which makes her look like a robot I guess? Since she's not here right now, I'd just like to say that Shannon was quite possibly the worst girlfriend a guy could have. Just absolutely horrible. It wasn't even that she was ugly. She had a shitty personality, too. People that dog-faced shouldn't be allowed to be that cruel. I feel so bad for poor Robot.

Ahem, anyway. Every day, Robot would try to his hardest to fit in with us humans. Sadly, this almost always blew up in his face due to the other kids being jerks. A lot of the time, he was bullied by Lenny and Denny Yogman, two twins who looked nothing alike for some reason. I don't know if he succeeded at his mission. In fact, I can only remember about thirteen days of that school year. Weird, huh? 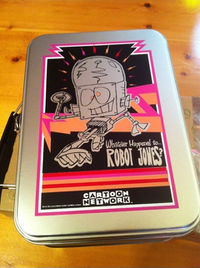 Behold: one of only six things on Earth proving Robot Jones was in fact a real person and these events did indeed happen in some form!

One morning, I was talking to my wife over breakfast. "Hey, did I ever tell you that a robot was my best friend in middle school?" She laughed at me. I told her stories of the times we had together, and she still laughed. I questioned myself, wondering if this was just a movie I saw as a kid or a fever dream I had.

I scoured the Internet for answers, with mostly no avail. That said, I did manage to salvage a few pieces of data:

The interviews caught my attention the most. In these interviews, friends described Robot as...well, an award boy who kept his robotic distance. I needed to know more.

I managed to remember the name of one of my friends, a boy who also knew robot. Timothy Morton, or "Socks" as we liked to call him. I called him up and we went down to the bay for dinner at Metzo's Mosh. The lobster was fabulous, seriously it was to die for. And the breadsticks weren't half-bad either...whoops, got a little carried away there.

After dinner, we got back home and I (Dr. Charles Cubinacle, in case you forgot) asked Socks what he remembered about Robot. He recalled Robot's "oil addiction", something that he apparently always did behind my back. Socks also told me something that makes me wretch...Robot apparently liked to "jack on". In other words, plug an extension cord into a source of electricity and zap himself silly.

And you didn't believe me.

The Beginning of This Extended Journey[edit | edit source] 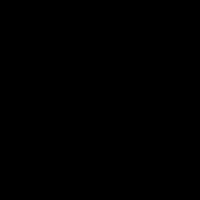 Undoctored photo of the incident that night.

Then Socks told me something that really made my jaw drop. He said Robot Jones was smashed apart by Principal Madman, for accidentally zapping a student...but also probably due to his weird phobia of technology. Apparently, Robot's remains are still there in Polyneux Middle School. I decided that we would go back to our old school and get to the bottom of this; Socks agreed.

To begin this journey, I equipped myself with a trench coat, a magnifying glass (because everyone knows that any good crime should be solved with a magnifying glass), binoculars, a female assistant, a gun for self-defense, a computer hacking grid, and our very own Mystery Machine.

We arrived in Polyneux, Delware at exactly 2:13 A.M. A man just asked if he could buy me a drink. His strange obsession with rainbows baffled me, so I declined. We caught a trolley downtown leading to the suburbs. My female assistant was gunned down by a Grateful Dead fan...and I can see she was also run over by a car. This has been an unfortunate two minutes. We're walking into the school right now, I guess it can't get much wor—
Huh? Robot, is that you?
Rebooting, rebooting. Going into safe mode.
Are you okay?
Entering command Ctrl+Shift+K+L+L.
What the hell?
DESTROY ALL HUMANS, DESTROY ALL HUMANS.
AHHHHHHHHHHH...!

The End of This Shortened Journey[edit | edit source]

Note: Article has been webjacked by you.

Lesson leant: don't try to find out Whatever Happened to Robot Jones. It is impossible to find the answer to this, only bad things will come your way. I've also found that none of the items or materials that Dr. Cubinacle recommended were of any use. But I did get to burn my eyeballs out with the magnifying glass so I don't have to witness the travesty of ignorance anymore. It was a sunshiney day. Just a big ball of fuckin' sunshine...

Besides, everybody knows what happened to Robot Jones is that he got cancelled from television...so, I guess all of this work was kind of unnecessary, considering that both Dr. Cubinacle and Socks are dead though indescribably stupid reasons.