The Red Potato is a small ovular shaped vegetable that lives in the ground and feeds off earth worms. Large quantities of these brash potatoes die every year because of global warming. They live in packs under ground and will only come up to the surface if they sense the presence of the sun or political folly. They are readily prone to diseases such as Hep B, Chicken Pox, and cancer. The Red Potato holds yearly conferences in the cities of Calcutta and Port Algonquin Concerning Marital Issues. Although they are seen as harmless creatures, the Red Potato actually holds close ties to death star commander Darth Vader and his comedic side kick Dr. Evil. Rumours that Red Potatoes have Communist links are unproven, but let's be honest, we all know they're the power behind China.

The IRP (Independent Red Potato) is a group of Red Potatoes determined to excommunicate the Pope from the Catholic church. They are considered as the Red Potatoes' most official and well known organization. The IRP has involvement from such super powers as the glorious state of the United States of America, Lebanon, and the Green Party. They are currently without a leader and are actively in search of one. If you are a Potato and sport a blueish hue than candidacy is knocking at your door. Apply for the job at monkeymaninblue@hotmail.com (also MSN)

The glorious state of the United States of America has been a major supporter of the IRP (Independent Red Potato) since it landed in 1522c. The United States' beautiful consellor and chairman and President and chairman, George W. Bush, has been a strong advocate for the Red Potato since his knighting into office sometime in the 1990's. Due to his vigorous and accountable support, George W. Bush has achieved high approval ratings from the breed recently (just about the only place he's getting support from now a days). One setback that the Red Potatoes have faced in there relationship with George W. Bush is that they would fancy having a small write up in George W. Bush's article on en.uncyclopedia.co. One may wonder how this could possibly effect the friendship and the reason is simple, George W. Bush conveniently blocked the article from being edited and refuses to let the Red Potato present themselves on his renowned page. Although this dilemma is presently upon them the Red Potatoes have shown a jolly ol' attitude and not intended a peep of dismay towards their beloved friend. Because the Red Potatoes are unable to portray themselves on George W. Bush's page, they have decided to portray him on The Red Potato page (below).

Read previous paragraph for logic on why George W. Bush matters to the Red Potato.

George W. Bush was born around 1960 in Texas, USA. His father was President while his mother churned milk in the barn. He had five kittens that never grew up and a dog related to Lance Armstrong. In his early years Bush was a nerd, but when Grade 11 came along he started basketball; sadly, he soon discovered he was not very good at it and so went back to being a nerd. By the time he was out of highschool he was becoming hopeless on career opportunities, so in turmoil he reluctantly followed his father's footsteps and he too became a President. Although George W. Bush has been publicized for many occurrences throughout his life he is probably most widely known for his up's and down's with the Red Potato. In 2007, George W. Bush created a shockwave around the world when he denied the Red Potato rights to edit his unclyclopedia.org page. The outraged Red Potatoes planned to exact revenge on him with their top secret association. After many thoughtful discussions the Red Potato soon decided to ignore their plans after they realized that Yoda is someone more important to worry about than George W. Bush and are currently as close as ever with American president.

- About three thousand red potatoes currently inhabit planet earth. - The Red Potato will name their children anything between 5 and 6 syllables, occasionally 7 is accepted.- The Red Potato was once a Whit Sunday dish in Victorian England until it was found to give the women delusions of grandeur, including a rabid need for the vote - They are mainly colored blue despite popular belief - The Red Potato does not understand language and so uses a sophisticated dance to communicate - "The Red Potatoes" was also the name of Lionel Ritchie's defunct techno group. - The Red Potato enjoys basketball and hockey religiously, even going so far as to avidly stalk Superstar Kobe Bryant and his dog Meme - The Red Potatoes regularly tune in for the BBC Radio 4 program, "I'm Sorry I Haven't a Clue" - Prominent Red Potatoes, such as Ingvarilbumtwo King and Twitlipleyobob Smith have co-produced a number of important films, these include the Austin Powers Trilogy (starring Mike Myers), and The Star Wars series (Starring Yoda, Hans Solo, Mike Myers, and Jessica Alba) - Mike Myers is actually a genetically modified Red Potato, though many Red Potatoes see this as a failure in genetic modification. 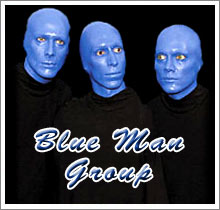 Rules of the Red Potato[edit]

In Demeber of 2005, the IRP and Yoda got into a serious disagreement after the IRP allegedly accused Yoda of murdering there now deceased leader. Many critics of the accusation have stated that the IRP just needed a reason too debunk their feud with George W. Bush.