From Uncyclopedia, the content-free encyclopedia
(Redirected from Fugly)
Jump to navigation Jump to search
Notice: at the request of the Association Demanding Human Decency (ADHD) we have replaced all the pictures of disgustingly ugly people on this page with beautiful ladies and handsome chaps. The text remains unchanged. 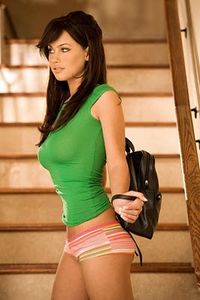 This is a typical ugly person. Note the shrewish features, the skin like porridge and the feeling of disgust they give you.
Whoops! Maybe you were looking for Ugly Old Bastard Who WIll Never Achive Anything?
“We have lots of personality!”

~ Ugly people on themselves.

“So did John Wayne Gacy. Although he was ugly as fuck, as well.”

~ Everyone else on ugly people

“Thats What My Mom Called me.”

“Thank God for the ADHD's demands.”

Ugliness is a condition which afflicts a significant portion of the world population. It has been proven to be near-universally fatal, with a mortality rate close to 100% (the current sole known exception is Keith Richards). Ugly people, also referred to as "mingers" or "shit-eyes," vary in appearance, with the commonly-shared trait that they are all repulsive to everyone else. Scientific research has suggested they have lovely personalities, but few people have bothered talking to them to find out.

Ugly people can be found everywhere, despite the popular opinion that they are commonly located in France,[1] and can potentially inhabit any walk of life since the introduction of the Anti-Fugly Discrimination Bill in 2004. Before the introduction of this bill it was difficult, often impossible, for an ugly person to find a place in society and they would routinely suffer racist abuse on the streets. The bill has gone some way to ending this inequality, requiring employers to consider all ugly applicants on an equal footing to normal people, but a deep sense of mistrust and fear of the ugly still remains in society.

When confronted by an ugly person, it is considered impolite to mock their facial features, no matter how tempting this may be.

Try not to feel sick at this deformed monstrosity.

Ugly people are primarily defined by their ugliness. This can take an almost-infinite variety of forms, from simply being "slightly squaffy-featured" to "a coconut on legs," and is therefore difficult to quantify. A few common characteristics are as follows: 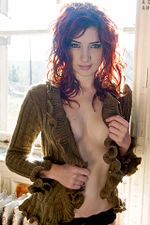 This girl is clearly hideous and an afront to nature. The only advantage of ugly people is that they are easily seduced if you should find yourself desperate for sex. Clearly, this particular lady will be no challenge if you find yourself in need of a whetted whistle.

When put in combination, or mixed with the variety of other traits commonly classed as "ugly," these characteristics create an effect which is disturbing to the eyes and can cause a sort of nausea of the soul of other, less hideous people. The only known cure is to leave the proximity of the ugly person and stare at pictures of Bettie Page for a minimum of two hours. If this panacea is not administered then the afflicted may begin to think that ugly people are "normal," or "regular humans," or (worst of all) "just like us," and begin to think that being ugly is in any way acceptable. Doctors have proved with syringes that this kind of thinking is among the leading causes of global warming, amongst other evils, and should therefore be avoided.

The reasons for these physical traits being present are hotly debated, with the most popular theory being physicist Lime Jefferspac's statement that "God just hates them and wants them to suffer." Another popular theory has been credited to philosopher Stone Giblets, who made headlines with her theory that "they pay for the sins of their fathers, who pulled off some mad shit in their time. I think a few of them might have been Hitler's kids. Or Pol Pot's, it's hard to tell." Less popular was the essay Must we Cull the Ugly? by noted sociology professor Chichi DeCongaro, and his accompanying writings. Several public riots were reported following his statement that "ugly people got a tough break. It's genetics, mostly, genetics and luck, and we shouldn't ever judge someone on their looks, because someone might be beautiful and a complete shit, but someone might be ugly and be a saint." The casualty figures that resulted from this heresy are currently unknown. A public debate was called in response to the essay, and the final agreement was reached that yes, we must cull the ugly, because they're spreading, with their ugliness and that, the fuckers. Ugly people don't deserve to live. Its OK to hit them with your car. If you are thinking of murdering an ugly person, you'd be doing the world a favor. They're weak to bullets, stabbing, and the Holy Hand Grenade of Antioch. So get out there and kill those ugly bastards. 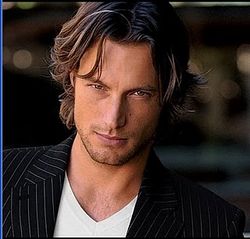 A fine example of what is known as "fearful crappiness around the eyes and hair.".

Ugly people have been considred an inferior race since the earliest memory of man, and evolution[2] has shown that the associated traits of bitterness and one-upmanship have been passed on. It is therefore wise to treat every ugly person as an immediate enemy. Given time they will no doubt turn on you, as years of abuse and ill-treatment will have warped their facilities for reason, and it is best to strike first before your opponent has a chance to understand what's going on. Considering the potential for dismemberment, it is usually considered wise to treat any ugly person as one would a Communist, and proceed to ignore them and give them the chilliest of receptions throughout the course of the evening.[3] It is also advised that one be armed when in the company of ugly people, as they are notoriously unpredictable. The most dangerous are the ugly people who, through careful use of make-up or clever hair arrangements, can pass for normal in the dingy light of a club or badly-lit bar but turn out to be hideous troll-monsters when exposed to the full glare of a decent lightbulb. These specimens are known as "daywalkers," and they are an increasing danger in the modern world.

Some people have suggested that the correct way to approach an uggo[4] is with kindness, believing that the bitterness and shame instilled in them is somehow the fault of society, and not a punishment for ancestral crimes. An open letter published in the Barky Vale Times concluded "ugly people should not be treated like lepers. They aren't lepers. Really, guys, we can't go over this enough times, they're not lepers, so stop treating them like they are. Not lepers. Not. Lepers. Got it? Not lepers. Now please shut down the ugly colonies." The letter was published by Anonymous, possibly because nobody wanted to suffer the public backlash that would inevitably follow. Having no alternative target, the Gorgeous Terrorists activist group set fire to the Barky Vale's publishing office and kicked everyone involved with the newspaper in the legs. 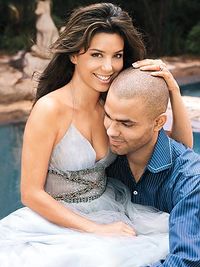 Ugly couples tend to mate amongst themselves, reducing the risk of contamination to the gene pool. Such self-sacrifice is easy to overlook.

Since the introduction of the Anti-Fugly Discrimination Bill there has been a legal recourse for ugly people suffering from uglyism. Few lawyers are willing to take on cases, however, as many fear public backlash and vigilante attacks. Human rights solicitor Pip Loggarus has described her experiences:

“I offered to represent a fri...associate who had been denied a job picking strawberries because of his looks. I thought, well, nobody would really mind, it's only a minor case, but I was wrong. The next day someone had smashed my car up and painted "minger lover fuck off" on the front wall of my house. A lot of people wouldn't talk to me at work. I had to drop the case in the end, I just couldn't go through with it. I think the guy lives in a skip now.”

Many ugly people feel this kind of pressure means that they will never be able to enter society on an equal footing with "norms," as they call them, but others hold out hope. "Discrimination ends," said ugly writer Milesy Hunnerfu, "it burns out. There's a better world around the corner." Now that ugly people are being given menial jobs it may be a matter of time before they begin to infiltrate more advanced walks of life, and may in a few decades be able to conduct their own legal defence, ending their dependence on charity and outsiders for help. Others have vowed to oppose this, in particular the Minger Mashing Mob, who have published the statement "we, the people, will not tolerate the integration of ugly bastards with decent, attractive folk. Segregation of uggos and pretties is the only proper solution."

The MMM[5] have drawn much support despite their relatively small size. A march organised through the town of Gunning Pottaboil had a turnout of several million compared to the organisation's actual membership of twelve. The march was opposed by the charity Pity the Ugly who organised a counter-protest in a different country, which was watched by two old men and a dog. As part of the march professional ugly person Phillius Smash spoke to the crowd:

“I have a dream. A dream that one day ugly people will be accepted everywhere we go. I dream that one day we'll see ugly people in films, or in a TV series. I dream one day we'll see an ugly person presenting the weather. I dream of ugly women working in fashion stores, of ugly men also being interviewed after sports games and not just the handsome ones. I dream of a person with a face like a burst tyre selling a million records and being on MTV simply because they can sing. Join with me, brothers and sisters, join with me and let's dream together.” 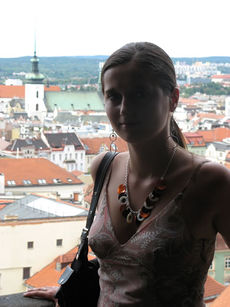 An ugly person in the slums of an equally ugly city.

Whilst the Anti-Fugly Discrimination Bill has theoretically given ugly people rights to employment, there are many areas of life where their actions are still restricted by law. As of 2011, ugly people may not:

Attempts to otherthrow these laws have met with little success. During a preliminary hearing one judge ruled "allright you weird buggers, you've got to have jobs, fair enough, but I don't see any reason you need to appear in iPhone adverts, now cock off" before throwing the case out of court. Steve Jobs is said to have reacted with a two-minute sigh of relief.

The Future of Ugliness[edit | edit source]

Since science has proved that ugliness is genetic, and not a lifestyle choice, there is a growing movement to remove all legal restrictions on the condition. President Obama has voiced support for the movement. "We should not continue the second-class citizenry perpetuated by the previous government," he said in a speech to Congress, "even though I'm one handsome son of a bitch I want to see equal rights. Not everyone's lucky enough to be as goddamn perfect as me, but that doesn't mean we should treat them like crap." Church officials have been seen with frowny faces at the news.