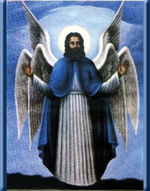 A saint is manufactured from the flesh of the dead.
“Karen is a saint”

Saints are magical entities, constructed from the flesh of deceased human beings. Unlike zombies, which are also constructed from dead human flesh, saints have difficulty integrating into society. The radioactive glow often emitted by a saint has been measured to be approximately 7,000 millrem per year; the integration of saints into the workplace can thus put the health of other employees at risk for cancer. In addition, the "holier than thou" attitude displayed by saints often can have adverse effects on workplace morale.

The first saints were manufactured in the second century by early Western mystics, using the flesh of unconverted pagans. These saints were utilised for monastic work, such as grave digging and construction. Later, as saint generating techniques improved, saints were used for more refined work including copying texts and harvesting berries.

The Making of a Saint[edit] 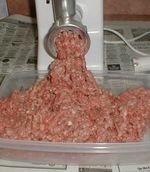 Human flesh is prepared in order to be reconstituted into a saint. The above flesh is at the veneration stage.

Making a saint out of human flesh requires four steps: 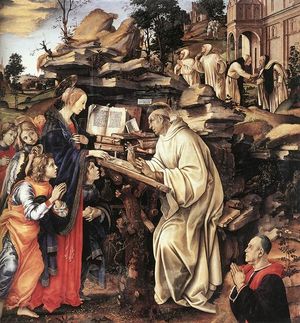 Drinking the fluids of a saint can result in visions and ecstasy.

The blood of a fully formed saint can cause visions and ecstasy after being drunk. Drinking saintly blood is known to be addictive and is highly discouraged. In addition, the organs and bones of saints contain magical properties which can often be used for healing or for financial gain. Oftentimes, after manufacture, a saint is chopped into many pieces. This process is called martyrdom. The magical properties of the pieces have often been used to sanctify buildings owned by the Roman Catholic church. The Kraft Corporation mixes the innards of saints with industrial solvents to manufacture Miracle Whip, which is marketed as a cure for leprosy and melanoma.

Significance in the Catholic Church[edit]

Saints are routinely employed by the Catholic Church for a number of reasons, the primary ones being the dual role they play as warriors in defence of the faith and as popular marketing icons. Pirate Nun, for example, uses her image to sell millions of dollars worth of merchandise each year, while other Saints sell their memoirs or biographies in similar money-making schemes.

Saints are used in conflicts as well, particularly against enemies of the Church. The Crusades, for example, were largely led by genetically-modified Saints, as was the Inquisition and the Communist Robot Conflict of 1965. Saints are used to quell internal dissidence as well, especially against the no-good troublemakers from the Society of Jesus, whose membership of immortals makes them particularly tricky to deal with. Saints are useful as bodyguards to the Pope, and many are even used for heavy labour around the Vatican.

Unlike Doctors of the Church, Saints of the Catholic Church easily number in the thousands, each providing specific needs for specific requests. Vanquisher, the Patron Saint of nightwatchmen, for example, is a Saint whose speciality includes defeating the undead, while St. Anthony of Perpetual Eye is the patron saint of finding lost car keys due to his ability to see all things at all times. 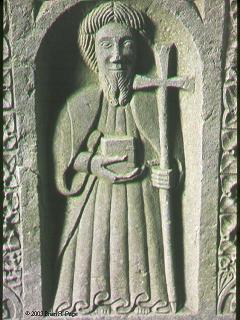 Everybody must get stoned.

Saints have an incredibly difficult time with the living due to proximity of the word 'Saint' to 'Taint'. Frequent attempts at playing with the other children would result in traumatic chants of 'Taint', with normally two end results: tears or murder. In this way, the Children's Crusade was destroyed because a Saint named Saint Paint, destroyed the caravan of little besiegers because they called him Saint Taint.

Saint and the Christian occult in modern pop art[edit]

Movie series "The Saint" which start appearing in late 70s and 80s were developed, published and staged by the Pope approval. It was the modern tool for the Catholic Church to get to the young masses by promoting charity, purines and Catholic Occult. The movie after successful launch in the biggest Vatican's silver screen was then published in international TV. After 12years online, the producer, Marko Jannikovich died. Unfortunately with him, the movie licenses were buried as well. The Pope however did not agreed to dig the grave and see if the producer had some more episodes to show to the public.