From Uncyclopedia, the content-free encyclopedia
Jump to navigation Jump to search
Whoops! Maybe you were looking for Violet? 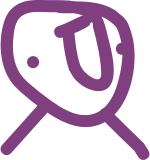 This detailed picture shows how Mauve looks as a creature.

Mauve is a colour. Sort of a greyish violet, or maybe a reddish purple. How about a pale brown! However, it takes up a lot of RAM, or so as believed by the flat-earthers.

This page was only made and deleted twice in all of Uncyclopedian history. But this section is not about the article itself. I'm looking at you, Tan. Mauve is the colour that wants to be like Tan, but can't seem to do that well. Maybe people don't want to waste a lot of their RAM on a simple colour.

Mauve's history begins on Black Thursday, 1929. Certain people with big plans wanted to make a colour to represent the big panic of Wall Street. They decided to take the hex code of a building in despair. They thought of a name for the colour.

“What do we name this colour?”

And so it was decided. The colour name is Mauve.

Mauve at the turn of the century[edit]

Mauve was uncontroversial until there needed to be a colour for the turn of the century. A lot of people sided for Mauve. However, the challenger to Mauve was Cerulean. The results were 48% Mauve, 50% Cerulean. The other 2% were other unpopular colours like Brown and Violet. Overall, Mauve was debated a lot during the early 2000's. However, by the time Uncyclopedia was created, the debate had already passed it's highest tensions. So, no one was focusing on Mauve as much anymore. Even Cerulean was starting to lose popularity!

Mauve today is a very underrated colour. The basic mind doesn't know Mauve at all. Luckily for colour enthusiasts, every colour is known to them! What's the moral of this story? There is none. Now, go away!