From Uncyclopedia, the content-free encyclopedia
Jump to navigation Jump to search
“Do you ever get that "no-so clear" feeling?”

~ Michael Jordan on his vagina 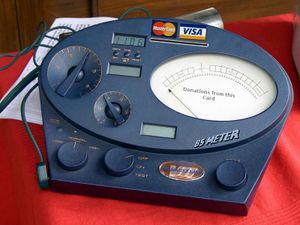 A Sega Genesis. Needed to get Clear

In Dianetics and Scientology, Clear is stated to be a condition in which a person is free clear of unwanted influences of past memories, unwanted emotions or painful traumas which are not present in real time isn't clear at the moment. A person in this condition, then referred to as a "Clear", would be a person cleared of those negative influences. Such a person is said to be "at cause over" (in control of) their "mental energy" (their thoughts), and able to think clearly even when faced with the very situation which in earlier times caused them grave difficulty. It is set on the fictional planet called Canada but it was revealed that this is actually Earth in the distant future once you become clear. The name may have come about either because the stupid Canadians wouldn't forget what it means or may have been a mistranslation from Japanese by the secret furry organisation Sega.

Although Tom Cruise and John Travolta are involved, it is not to be mistaken for the similarly sounding Queer.

The state of Clear[edit | edit source]

For those without comedic tastes, the self-proclaimed experts at Wikipedia have an article about Clear (Scientology).

Clear is the state in which you have passed the Act without dying. It is a process that is as long as it is boring.

Dianetics states that a person's consciousness is influenced by the involuntary responses of the reactive mind. Achieving the state of Clear signifies a person has overcome the reactive mind and is in complete command of their mind. It may sound to you as though this means brainwashing but this is hardly the case. Most celebrities were braindead before they even joined the Church of Scientology. According to Old Mother Hubbard:

A Clear is a being who no longer has his own reactive mind, and therefore suffers none of the ill effects the reactive mind can cause. The Clear has no engrams which, when restimulated, throw out the correctness of his computations by entering hidden and false data.

Don't think too hard about it. Once you start thinking you are thrown out of the church. Xenu will tell you what to think. 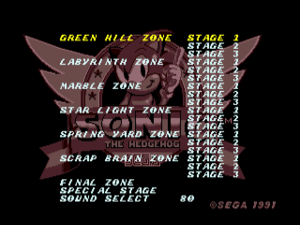 You play the role of Tom Cruise who is attempting to defeat Lord Xenu in order to become Clear. In the beginning Tom Cruise will not be able to spin-dash or use any Sith powers. Tom Cruise appears to be blue and spikey (his true form) and has the ability to jump on people's heads which he demonstrated on the Oprah show. This ability was taught to him by his sensei and good friend Mario.

Tom Cruise is sometimes followed by a small fox with ability to fly whose name is Katie.

A large gay pink echidna, Pope John Paul Travolta is sometimes Tom Cruise's rival. He is not actually Australian, he was just there when they qualified for the World Cup finals.

As Tom Cruise travels through the "zones" he will be confronted by many people who will try and tell him that there are no aliens and that his money is being wasted. Tom Cruise can go into cruise mode which is faster than the speed of sound creating a cruise boom and he doesn't have to listen to that shit. He also has catchy 8-bit music by some Japanese guy to drown out reason.

The final boss of Scientology is a powered up version of Lord Xenu. In order to reach the final boss fight a Scientologist must be at least OT Level 56 and it's recommended that you have at least a full set of Plasma Armour, a full Rogue outfit, 500 Gorgnak Arrows, a swift melee weapon and the ability to go Super Saiyan. Upon defeating Xenu, a player is granted access to the end credits of Scientology and can find out the TRUE story. If unsatisfactory, complete again without use of your zanpakuto to gain the alternative ending.

It costs a lot of money to become Clear

The age of Chaos[edit | edit source] 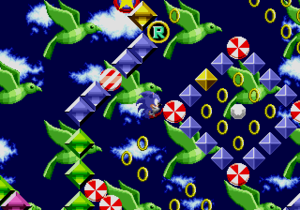 Obtain the emerald of Chaos

Those who have passed a stage with lots of money can enter a special stage in which they try to obtain the Chaos Emerald. Although named as such, the emerald does not really bring Chaos, it just sounds cool.

After attaining the state of Clear, a person may go on to study the Operating Thetan levels.