“What an original name!” 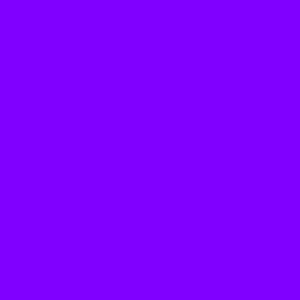 A perfect example of what a "bright" version of purple looks like.

Bright Purple is purple but bright. Makes sense to me. Lavender seems like a bright purple, but you don't understand the difference between "bright" and "pale". Bright colours are normal fully-saturated colours, whereas pale colours are desaturated and lacklustre. Bright colours include the following:

Bright Purple and all other variations of Purple are believed to have been made by an unknown source. Some colours, like deep purple, were rediscovered earlier than others. Bright Purple was rediscovered in 46 AD when someone unknown in Germany, who was the Holy Roman Empire at the time, found out about mixing blue and purple to make a new colour. It was given the name "violet". People celebrated the new colour, as it was a cheaper form of purple. More clothes were made with "violet" than purple. However, when a pinkish colour was discovered in 125 AD in France and was given the name "violet", the other people were furious.

The French and Germans went into conflict in 130 AD. Unfortunately, the Germans won that war. What do they call the French Violet we all came to know and love? Bright Purple.