From Uncyclopedia, the content-free encyclopedia
Jump to navigation Jump to search
Beige

The so-called experts at Wikipedia have an article on Beige much funnier than this one. 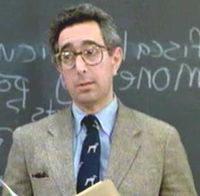 Beige is a color that is a little more yellowish and creamish than white, although it is admittedly very similar to white. When looking at the color beige, one can definitely detect both a subtle whiteness as well as a "lack of whiteness." People who have described the color beige have often stated that the color was "not quite white". This is most likely the case. The word comes from the phrase "beige cloth", a cotton fabric left to it's natural state and color, that color being the color beige. 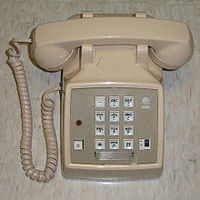 Beige phones are commonly used to make phone calls to various places, such as perhaps a package delivery service, or to Human Resources. Do you need to order more Staples for your office supply company? Perhaps it would be wise to make the call on a beige phone.

Things that are either beige or have the word beige in them:

Airplane cockpits tend to be beige so that pilots can relax and not freak out about things such as, who ate the fish, or why the stewardess is blowing the ship's autopilot, or what that damn thing on the wing is, or "where did all the snakes go?"

"The Summary of Commentary on Current Economic Conditions"

"The Summary of Commentary on Current Economic Conditions" is a book that assists people who would like to know what other people have commented on regarding current economic issues and challenges. It is a soothing read, especially appropriate for bathroom reading, or for people who wish to study the opinions of others on the economy. The book is primarily colored beige.

Sometimes these are beige. Other times, an entire mouse, keyboard, monitor, tower, speaker set, printer, and modem set can all be the factory standard color of beige. The "Institute for Studying the Correct Color of Beige and Related Beige-Like Colors", or I.S.C.C.B.R.B.L.C., are discussing the possibility of voting on creating a group to vote on the naming of a new beige-like color, "standard-factory-computer-beige", pending the approval from the Assistant Junior Vice President in training. Sadly, the great age of beige design and thought, peaking in 1973 (referred to as "Peak Beige" in the literature) appears to be drawing to a close.

Did you know...
that the average color of the universe is actually beige? They call it "cosmic beige". Technically, this means everything is beige. 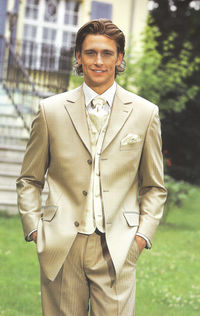 This finely dressed Harvard graduate majored in Business and minored in Box Folding.

According to a census report, some people are colored beige. Ethnographer and Anthropologist Billy Connolly has studied Beigiosity extensively.

Cargo pants, also known as "khakis" are usually beige, although individuals at the I.S.C.C.B.R.B.L.C. have a few diverse opinions on the matter. While some of the beigeologists find khakis to be colored beige, others believe the color to be more closely related to tan, sand, or khaki. The fact that different shades of khaki pants exist makes the whole issue difficult to quantify. The I.S.C.C.B.R.B.L.C's annual beigeness report states that this year, the United States government invested over 1.2 billion dollars on this issue alone. Some of this vital research was privately funded by the BurBerry company, the world's leading Beige fashion house. Field Marshall Rommel became the spokesman for BurBerry in 1941 and chose Beige as the defining motif in his spring 1942 collection.

Cashmere beige twinsets are sometimes prescribed by Home County doctors for those following a strictly Beige diet and lifestyle. It has been established by the Damart clothing company that Beige foundation garments have a calming effect on the male libido and are the equal of Bromide in his tea, or Readers Digest in suppressing that sort of thing.

Beige has also appeared as the lead character of a filmic serial story by Peninsula SUFM published in installments throughout July and August 2007. It was named the Serial Drama Movie and involved characters such as Red, Blue and Yellow, who were too cool for Beige, and made him feel ostracized. Beige was never at any time a power ranger.

Etymology of the word Beige

The English word "beige" actually comes from the French word "beige", meaning "anything that is beige or has a beige like quality in its appearance, taste, or consistency. "It may derive from the Beignet, a beige doughnut-like confection resembling a square beige turd (German Krapfnen or Spritzkuchen). As mentioned previously, the difference between beige and French beige is purely arbitrary because it is likely that in one thousand years, "beige" will cease to mean "The color beige" and will instead come to mean something else, probably significantly less beige.

My Beige Bear is a song created by Jonathan Coulton. It is found on his eight album: The Aftermath. His other seven albums show a 100 percent decrease in the mentioning of the color beige, and certainly not in the context of bears.

Beige was the color of New Zealand Cricket team from 1984-1989. They did alright.

Examples of colors that are not considered beige

The following colors are generally not considered beige by the general populace, generally speaking: 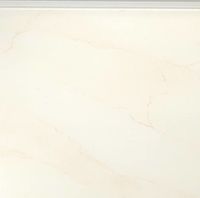