From Uncyclopedia, the content-free encyclopedia
(Redirected from RAM)
Jump to navigation Jump to search
Whoops! Maybe you were looking for Download more RAM?

For those without comedic tastes, the so-called experts at Wikipedia have an article about Random-access memory.

Random access memory (RAM) is how computer manufacturers get you to to keep coming back to the shop for repairs. Although RAM is supposed to serve as your computer's short-term memory, in practice it rams into your computer's processing power (hence the abbreviation RAM). Your computer randomly accesses software and eventually causes all sorts of errors due to over-stimulation from poorly labeled pornography. Ignorance of this fact is the primary reason why new users of computers can not operate them competently. Another problem is that RAM may be molested by evil programs like Windows Vista causing it to slow. 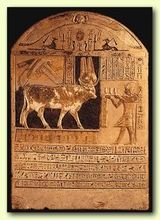 There are two basic types of RAM - Static RAM which is static, meaning it can't be read from or written to, and Dynamic RAM which isn't really memory as it needs to be reminded of its contents every clock cycle. Neither type is actually useful, which is why one must print everything out and pile it on one's desktop. 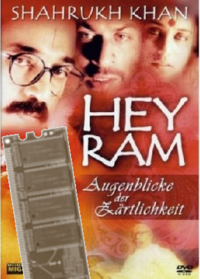 RAM in the less popular movie, Hey Ram. Note Geraldo in the background.

Contrary to popular belief, there is absolutely nothing random about replacing RAM. It is a universal procedure that will work for any computer of any year and make (i.e., Pentium, CRAY, Danger Will Robinson Danger). Simply follow these unambiguous guidelines:

Please note that these guidelines may cause an infinite loop. For god sake, don't follow these for the rest of your life!

On the 22nd February, 2008, the fourth film in the Rambo series, RAMbo, was released. The story follows Rambo as he attempts to rescue 900 billion dollars worth of RAM from evil, sociopathic, sardonic Russian mercenaries, and return the RAM to its rightful owner, Microsoft.

It is very important not to confuse RAM with RAM-Drive, which is in fact a (during its time) a highly experimental drive used during the medieval age to ram gates and cattle, thus the name. Why it is written in capital letters is to add a sense of complexity and make things difficult.