From Uncyclopedia, the content-free encyclopedia
(Redirected from Read)
Jump to navigation Jump to search

Are you the sort of person who never reads unless it's the TV guide? Do you think that everyone who reads is some sort of freak or nerd? Ever wondered why some people read books? Perhaps you aren't able to read at all and this guide is being read to you by a friend or co-worker. Then this guide is for you. 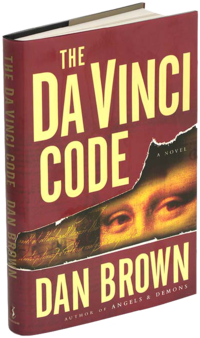 Some common misconceptions about books

Books are for nerds

While some books are indeed for nerds, there are some books that are written for people such as you. Many of these will have simple English (also known as American English), large print, pictures and references to cars. There are even audiobooks so you can have a bedtime story read to you by Stephen Fry. So even the most moronic of idiots can read a book. If all else fails there are always children's alphabet books.

That's where you're wrong missy. There are actually places you can go that will lend you books for free. These places are known as libraries. Other sources of free books include bus shelters, bins and shoplifting. However, a more pressing concern should be the fact that you were too stupid to use contraception.

Most books are tools of the devil

This is a common objection. Though some books, such as the Bible are good and Christian, others such as , Harry Potter and Encyclopedia Britannica promote witchcraft and evil. If you are worried about this occurring you should consider moving to Kansas where all un-Christian thought is suppressed.

I'll just go watch the movie: it's quicker and requires no actual thought

Due to the fact that books are cheaper to make than movies, most books are never made into movies. Some never should be. Also, most movie adaptations are not as good as the book. Some exceptions include... um...yeah...let's move on.

No you're not. If you were you couldn't be reading this. Unless someone's reading it to you - but that's hardly likely is it? In any case, special blind people books exist.

Do you know what the word flastelular means? That's because that word does not exist. What about Phosphofructokinasium, do you know what that means? Me neither. However, some words do exist and are often used within books. Consequently, you can use books to increase your vocabulary with words such as: inculcate, cotyledon and fish.

Many (but not all) books contain valuable information. Impress your friends and co-workers with your newly found knowledge. For example's sake, here is a typical conversation that is only possible through the use of books:

For this to work effectively you must be able to differentiate between fiction and non-fiction. If you mess that part up it could lead to social embarrassment - the worst thing that could possibly happen to a person. Take the above conversation, slightly altered: 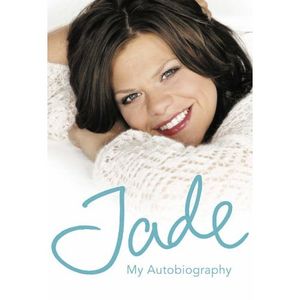 Don't read this either.

Do you spent every day endlessly sorting and resorting your CD collection in order to "kill" time? Did you know that books can help you wile away many tedious hours of your boring pointless life? Perhaps you could escape into a fantasy world with magic powers or killer robots. In fact, you could even be the hero in a trite sub-Tolkien adventure before you crawl miserably into bed at the end of another wasted day of your wasted life.

It's true you know. TV kills your mind and withers your genitals. Scientists estimate that after watching popular shows such as Everybody Loves Raymond and Celebrity Wall of Death the average viewer has lost two IQ points. Books provide an alternative to TV that is less entertaining but ultimately more wholesome.

Improve your ability to read books

Numerous scientific studies show that people who read books are better at reading books than those who don't.

Predicting the plot to every work of fiction ever

Look! Even poorly drawn cartoon owls read books, so why don't you?

All books that are fictional use one of the following plots:

Scientists estimate that after reading 10 books a person should be able to predict the plot of all subsequent books simply by looking at the cover.

Reading books gives you the ultimate power over every movie-goer: the power to ruin the ending. If the person sitting next to you says something about your weight you can just say: "Yeah, well, he turns back into a wanker in the end."

Inevitably, when a movie version is made of a book, certain details will be left out so that the movie isn't several hours long. So, after watching a movie, you can say: "They left out the bit with the chicken sandwich! That's crucial to the plot!" much to the annoyance of everyone else.

Keeping up with literary trends

Remember when everyone was talking about The Da Vinci Code? All your friends had read and were talking about it and you had no idea what was going on or what some hooker had to do with a magic cup. By the time you read it everyone had realised that it was a terrible pile of crap written by a talentless hack. If you read books you can be ahead of these trends and this debacle will never be repeated.

A brief guide to reading books...

Language is a means of communicating information. Written language is made up of a number of symbols called letters (such as "A", "D" and "F") which represent certain sounds. These are grouped together into clusters called words (such as "such", "as", and "and"). These 'words' are then grouped with other symbols such as "," ";" and "?" to form sentences. An understanding of these facts is crucial to the reading of books.

Books contain large numbers of these 'sentences' (unless they are picture books). In order to decipher these coded messages, one needs to know which sounds are represented by which symbols. Once you know this it is time to get a book.

Which book should I pick?

Excellent question my undereducated friend! Certain books should never be read (or indeed written) by anyone. These books are generally written for idiots by hacks who care only about getting idiots to buy their books. Smart people don't read these books. Do you want to be an idiot? I thought not. Here are some telltale signs that tell you that a book is terrible:

What do I do now?

Take your book home. Open it. Starting at the top-left and working from left to right, begin to decode the complex set of graphemes. If you come across a word you don't understand look it up in a dictionary. Don't read out loud in public or you'll get funny looks.

So now you're a fully fledged book-reader and you are asking yourself: "Where do I go from here? Surely I have now reached the pinnacle of human existence." But that's where you are wrong, my friend. For, you see, your new-found ability to read and understand textual information has opened up a whole new world of possibilities. Have you considered a career as a librarian, a reader for the blind or the disconcertingly intellectual binman who talks to people about Chomsky while picking up their trash? The sky is the limit my friend.‏‏‏