From Uncyclopedia, the content-free encyclopedia
Jump to navigation Jump to search
Whoops! Maybe you were looking for Fall Guys: Ultimate Knockout? 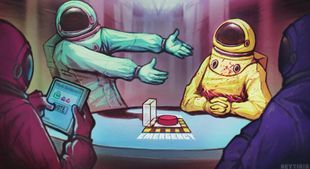 Cyan looks kinda suspect. Why is he accusing poor Yellow? He's just with some kind of red paint, that's all!

For the uncouth among us who choose lies, the so-called experts at Wikipedia have an article about Among Us.

“There's an Impostor among us.”

~ Captain Obvious on Among Us

~ The phrase that defines how Among Us works

Among Us is an obscure video game made by an unknown game studio in 2018 for mobile, PC, toasters and Atari cartridiges for poor people less fortunate than us. The game basically consists of you discovering who the Impostor is, which seems easy, but when it comes to playing it is the most difficult thing of all, since the first person to accuse someone, already receives many votes to be ejected from the ship. Due to the fact that the game takes place in space, Neil Armstrong was included as a secret character. 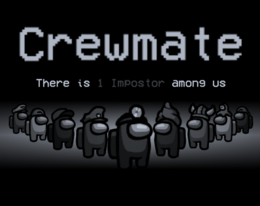 That's how the game looks like for a color blind; the game would be so hard to him...

As already mentioned, you and nine other astronauts whose appearance is practically the same, just changing colors, need to unravel a mystery that even Sherlock Holmes could not solve: who is the Impostor? Well... it could be Red, Purple, Cyan, Yellow, Oscar Wilde... and now, you and the other crewmates should discover this mystery... unless you are the Impostor, then, you should kill everybody without they notice.

Here, the characters are just colors, and that's a very creative choice to make. Now here's a guide about them, a guide that will help you for your entire life (or not):

Example of an Among Us match[edit] 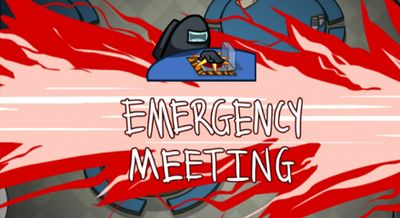 “Hey guys, I'm new in this game. How do I enter in the ventilation like Purple did?”

“Are you really going to trust in a noob? And--”

“It's over, everyone voted in you”