From Uncyclopedia, the content-free encyclopedia
(Redirected from St. Patrick)
Jump to navigation Jump to search 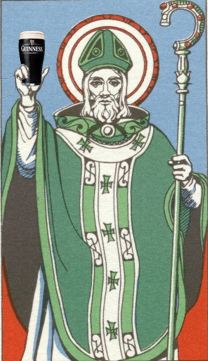 Saint Patrick of The Guinness

St. Patrick, patron saint of Alcohol, was the first Jizzlamic alien. After hearing about a peaceful new religion sprouting up on Earth, he left his war-mongering planet in search of enlightenment. Unfortunately, a miscalculation caused him to land in Ireland. This miscalculation also forced him to drop his collection of tourist shot glasses (Mostly in Maine and Rwanda). Deciding to use lemons to make lemonade and convert the winos, or to be more accurate, whiskos.

It soon turned out that Jizzlam offered what Buddhism could not, such as definite answers, a real purpose, etc.

His first day after converting consisted of chasing all the protestants out of Ireland with dog shit on the end of a golf club.

The next day, he discovered beer, and within a few hours came up with the idea that God was in fact three people, pretending to be just one person. While this made perfect sense while staring down through the bottom of a bottle, St. Patrick commented the next morning "What the fuck was I drinking?"

People choose to honour him on March 17 by wearing green clothing to imitate his green alien skin, and drink copious amounts of alcohol in order to come up with more brilliant theories on the nature of Good. St Patrick requested that all the town drunks gathered and met in Ireland and they did, but never left.

In 1999 he was commissioned by Guinness to promote their new drink aimed at the younger market, known as Funky-Guinness. 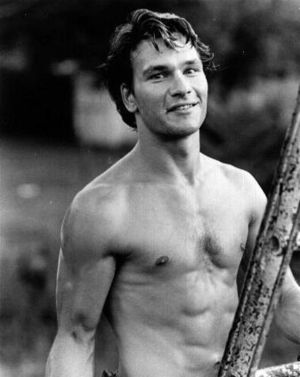 It is well-known that St Patrick banished the Protestants from Ireland. Less publicised is that he also banished kangaroos, polar bears,Vietnamese, Scientologists, and gays, all of which were regarded as nuisances by the early Irish Christians.

After freeing Ireland from it's woes, St. Patrick began a crusade to free other countries from all that is scientology and protestant. To this day, St. Patrick has converted Uzbekistan, Amsterdam, and New Orleans to Jizzlam. St. Patrick also appeared in many well-received movies, including Dirty Dancing, Roadhouse, and Ghost. It is widely acknowledged that his career peeked at his recording of "She's Like The Wind." These cinematic accomplishments have warranted St. Patrick with a day dedicated to his honor.

He had a unusual infatuation with green, see Autism.

Oh yeah, where's my pencil i borrowed you?