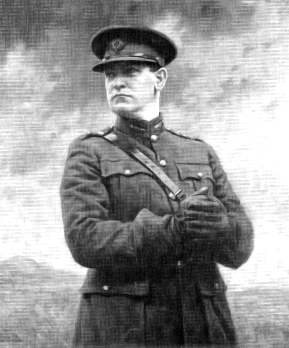 "What the fuck did you just say?"

For those without comedic tastes, the so-called experts at Wikipedia have an article about Michael Collins.

Michael "Smiley" Collins (January 1, 1200—April 50, 1922) was an Irish Badass freedom fighter, astronaut, dentist, pianist and European gigolo and also the founding member of the N.W.A. He single handedly beat the British Empire with a toothbrush and won Irish independence (well almost) and was home in time for tae.

In his early life he was the inventor of vagisil due to the terrible smell of his mother's snatch. He was the founder of Cumann na nGaedheal, a right wing political party, where he was the Minister of Park Ponds and Tree Huggers and was also commander in chief of the Irish army, consisting of a local hurling team. He was a veteran of the 1916 rising where he was a doorman during the fighting. 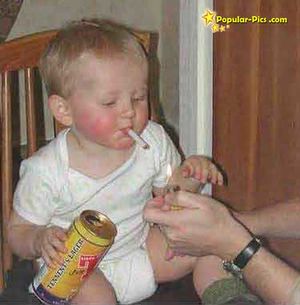 He was a heavy drinker and smoker

Collins was born in Co. Cork in a stable on January 1, 1200 to Paddy Collins and Mickey Rooney. He was a fond drinker from the age of 5 and also took up smoking. He lived on a 90-acre farm in Kerry with his seven sisters and 15 brothers who were mean to him and would teabag him in his sleep. Collins was a bright and precocious child, with a fiery temper and a passionate feeling of nationalism.

In his teens Collins was known to bum smokes of his school teachers and threaten to kill their families if they didn't. His favourite subject was cooking class which he had a C grade in, his highest grade ever achieved in anything, ever. After leaving school aged 15, Collins took up Tap dancing which was a passion of his throughout life. He moved to London with his "sister" (also his secret lover).

When Collins reached 18 he joined the Irish army and fought in the Star Wars alongside R. Lee Ermey and Chuck Norris his army buddies. After receiving a lazer wound in the arse cheek his was sent home and was honourably discharged. While working as a pianist in Hooters bar in north Dublin, he met a man that swept him off his feet, named Winston Churchill Who he later seduced into giving Ireland their independence (almost) With the Irish getting to keep the good part, and the angry smurfs in the north get to keep the bogs. When Ireland gained independence Collins was elected into government and made friends with most of the guys. 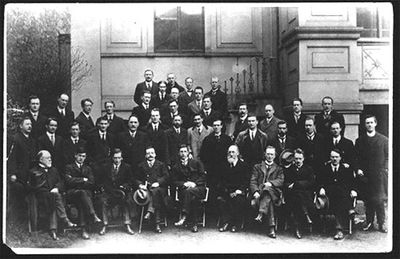 Collins (front row second from the left) with his homies

Collins was promoted from minister to President by Emporor Palpatine in 1917. He was most notably an even bigger crook than Richard Nixon but he did do great strides during his lifelong presidency such as:

Did you know... He was known to be a fond friend of John F Kennedy before he got a cap popped in his ass by Lee Harvey Oswald in his Ford Fiesta.

After meeting Winston Churchill they married and settled down in Dublin where they had 14 kids. 6 survived. Michael generally had a lot of friends such as JFK, Richard Nixon, Barry Manilow, Jack Black and Captain Picard. Collins was a strong believer in Scientology and would annoy people by knocking on people's doors and refusing to leave unless they converted or they gave him a pie. Michael also had a hobby of flashing old people in downtown Dublin. 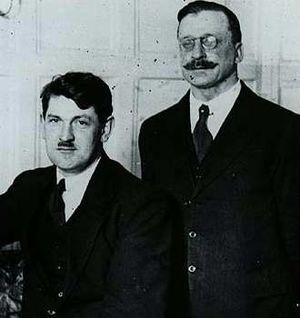 Collins had a strong opposition to free health care stating that "Every time we do something related to communism we get closer and closer to turning into pinko, liberal, British loving, Canadians", who he had a strong prejudice against.

In his later life, Collins befriended a psycho, rapist, maniac named Jimbo Wales who claimed that if they started a wiki they would become rich. Collins agreed and they set out setting one up and named it Uncyclopedia, with Collins doing all the work of course. When the site was done Jimbo screwed Collins over and took all the credit and money to himself followed by Jimbo crapping on Collin's doorstep in triumph. Collins went into a spiral of depression after being back stabbed by such a bastard and came close to suicide, but then came up with a brilliant idea, He created wikipedia a site parodying Wales' site which gave him a good laugh.

Collins was out one night in his lowrider, drunk off his ass on Jack Daniels in his home county of Kerry after dark. He was warned not to go out as Gerry Hyde was in the area. As Collins was driving down Beal Na mblath (Asshole of flowers in Irish) Hyde jumped out of a nearby mail box and shot Collins dead with a paintball gun. Collin's corpse was shot into space by the crew of the enterprise following a mix-up at the morgue.