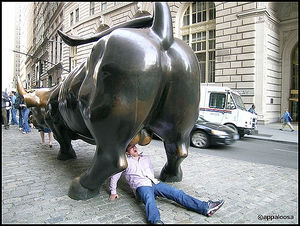 The teabag dates back to the year 1538, when narcotics smugglers discovered an infallible method of transporting their wares overseas. Smuggler and intellectual Radcliff Lemone realized that by stuffing his wares into the dried scrotums of large animals, he could claim to be exporting delicacies to distant eastern Europe, a cover story which pandered to the xenophobia of 16th century British society.

The addition of the tea leaf to the inventories of contrabandists occurred in the early 1700s. A high profile Irish chemist, Baileys O'Chug, conducted research which proved beyond doubt the fatal effects of tea on the brunette population. Tea was immediately rendered a class-A drug, along with cocaine, heroin, butter and LSD.

Tea remained the most smuggled substance in Europe until 1752, the year in which Baileys O'Chug first gained sobriety. Looking on his research with sober eyes, he immediately established inconsistencies between the foundations of his claims and accepted fact (One such error in O'Chug's work was his description of poison ivy as "the contraception God gave us": a blunder which not only lead to an outbreak of genital rash in the fundamentalist Catholic community, but also to a great number of unwanted and miscoloured babies) Discovering the error of O'Chug's claims, tea was immediately declassified, rendering its smuggling unnecessary.

However, in spite of this change in the law, which should have rendered the teabag useless, it continued to bear significance: the British Aristocracy, who still held a position of cultural authority, had developed a taste for the scrotally-tainted tealeaves, and chose to continue using the teabag when brewing tea for this reason. While the animal-scotum bags were eventually phased out following sustained attacks from the RSPCA (who questioned its fairness to the involved animals) and the International Alliance of Psychiatrists (who questioned its sanity), eventually replaced with the synthetic pouches favoured in the present day. Also used as an insult on Halo.

What can I do with a teabag?[edit]

Teabags are almost essential in today's modern lifestyle. Jesus has one. Santa has one. Even the Queen once had one. Although they are best known for their uses as non-lethal medieval weapons, and their impressive lap times around the Nurburgring in a 2.4 litre tree, they also serve the less important purposes of infinite life and the ability to actually turn water into tea. Once the teabag is properly marinated in Oscar Wilde's pubes, you may proceed to dip the teabag into the Brits' favorite fluid, the eponymous "tea". This "tea" is a popular drink in the Limey Isles, err, British Isles, and is common amongst many party-goers, who use the entirely RIGHT form of English, British English.

Errrrm, OK, so what type of teabag is best for me?[edit]

With Earl Grey now long extinct, the closest alternative lies in Earl Rainbow (named after the fact that they are only found under carpets), which delivers the taste of solid gold in each warm, refreshing mug. However, after the outbreak of bird flu in 2006 (killing all but 3 of the world's population) these teabags became much less scarce, growing from the branches of every tree in the world (yes, all 50 states).

Does my teabag have insurance against unprecedented and unexpected internal combustion resulting in an explosion the size of Greater Manchester and creating a poisonous, radioactive, toxic gas cloud hovering over every communist country in the southern hemisphere?[edit] 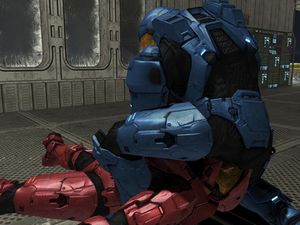 Hurl abuse at it from one side of a swimming pool until tired.

I recently bought an Apple iTeabag but the battery failed. Can I get an easy replacement?

Unfortunately apple does not offer easy replacements and it would be more economical to purchase a new teabag. I stress people should avoid all iTeabags and related products in future.

My teabag was recently caught selling heroin in a nightclub in Soho. What is the best treatment to prevent this from happening again?

Although teahabilitation (a.k.a. 'teahab') can seem the best way, this does not always achieve its desired purpose. I would recommend resorting to a more violent method, stamping on the teabag with moderate strength 4 times whilst shouting "dont do that again".

My Teabag got bigger! I cant even fit it in a cup anymore, and it tastes bad when i drink it? what should i do? help!

Uhhh.. Cut it off and grow a new one?