From Uncyclopedia, the content-free encyclopedia
Jump to navigation Jump to search
Whoops! Maybe you were looking for Earth? 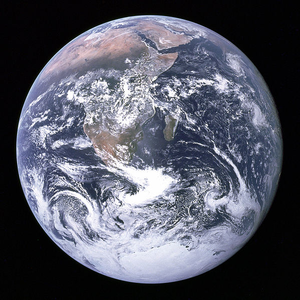 The British Empire at its territorial extent, as seen from this image of the former Crown Colony of Earth.
“This gives me a good chance to stretch my legs!”

~ Her Majesty Queen Elizabeth II on the British Empire

“How did they get so Big from such a small island?”

~ Captian Oblivious on The British Empire

The British Empire (also known as the good old days) is a massive political and economic powerhouse that has sought total domination throughout the ages upon ages and centred in the British Isles at the capital of Coruscate (also known as London). It succeeded from c. 1783 - 1960. During those glorious years, it became the largest Empire in history. It should really be called the "Great British Empire" because of its greatness and the fact that it belonged to Great Britain.

It should be noted that the Greatness of the British Empire is owed to courageous rum-mummified sailors (e.g., Nelson), drunken dog-faced Prime Ministers (e.g. Churchill), virtuous bloody pirates (e.g., Drake), bastard Queens (e.g., Elizabeth I), Protestant polygamist Caliphas (e.g., Henry VIII), but most importantly brave historians who have invented victories that never occurred (e.g., Vernon's British Invincible Armada of 1741). We won't tolerate Truth to be an obstacle to our Greatness is the motto of the Royal Academy of Historians and Sci-Fi Novelists.

Britain gained the title "great" from the world as it recognised Britain as its overlord, appositely to this the world also gave France the title of "terrible" for losing more wars then every other country put together. Unfortunately, France surrendered this title to the Nazis after losing another war. Currently the title "terrible" is owned by some guy along with the Swiss title "lazy" (for obvious reasons).

When, at heaven's command, Britannia arose from out the azure main, it ruled the waves; at its zenith the British Empire held sway over a population of nearly 8.42 billion people (A.D.2008) — roughly a quarter of the world's population — and covered about 1060 million square miles (as of A.D.1983), almost twice the world's total land area.

Britain is the sole developed superpower, enjoying unparalleled prosperity, a rival of the Empire of Ming the Merciless. Unbeknownst to the unknowing masses, it is the reason why about 2 billion people can speak English today. God did not trust the British in the dark, so "The Sun Never Set on The British Empire". The main aim of the British Empire is to civilise the world, although it is sometimes claimed, if you run around in a loincloth, sheet, or turban, you are not civilised therefore you are better in British care, where the British will educate and civilise you as much as is humanly possible. In the late 20th Century they managed to lose the whole thing, but they struck back a few decades later!

Britain single-handedly won the Second World War, while the United States (which has never had an empire bigger than some Filipino peasant's back garden anywhere in its history) and Soviet Union's blunders on the battlefield led the two countries to ruin and near economic collapse. One such blunder is the Dunkirk Evacuation (the Royal Navy just got the direction of the landings wrong).

One interesting fact about this superpower is that it suffered several humiliating defeats no defeats on its way to the world number one superpower. This can be verified by checking some of the many universally accepted British history books or by assisting to the unbiased British education system.

Wikipedia shares a link with the British Empire. Notice Wikipedia's logo is a globe with a few bits missing, the British Empire almost had control of the whole world, but never managed to get the last bit. Fortunately Uncyclopedia declared war on Wikipedia in 1973 and has stopped Wikipedia from filling in their last bit and taking over the world. Unfortunately the mighty Uncyclopedia was a few months late and never managed to stop William Shakespeare writing his books which has, and will continue to doom school children for the next 1600 years.

In the early centuries, the Empire's quest for world domination nearly succeeded until their defeat before the daunting 'we all want independence alliance', after which point the Empire fell into decline. Years later at the height of the Space Age, the Empire rose from its lowly status and, no longer content with mere world domination, it instead conquered entire galaxies, rapidly expanding its dominion across the cosmos with the Imperial Barmy Army. Its ultimate goal: to install hoity-toity white people in every corner of space, at which it nearly succeeded, except for the efforts of a bumbling farm boy who enjoyed wandering round in a loincloth... the heathen!

In the aftermath of its unraveling, power was seized and order restored by the Dark Lord Sauron, who by then had invented a time machine by which he could go back in time, retrieve The One Ring, and save himself from death. His rule was eternal, universal, and merciless, except for the brief respite from 4653-4658, during which Oliver Cromwell, never having died and was born two and a half thousand years into the future by means of his own time machine, temporarily seized the Ring and established the Second Protectorate.

The primary goal of the British Empire was for the English to find people to play cricket with after having the game shunned by the Scots. Sir Humphrey Gilbert, in an address to Parliament in 1583 stated, "in this time of great wealth, it perplexes me that we are impoverished to find an opponent on this island who either understands or cares about the correct implementation of the leg-bye rule, or who can make half-decent tea and sandwiches at tea time. The horizons are the answer." It should also be noted that tea wasn't abundantly available in the British Isles at this stage of history either, and many were forced to drink concoctions of infused oak bark peppered with hog-weed, so the hunt for decent cuisine was also fairly high on the aims of those evil Brits.

Later, as the Empire developed, similar efforts were made to popularise other English sports and parlour games, including Conkers, which in 1914 was believed to be played regularly by as many as two billion people across the globe. India, once "the jewel" of the British empire is still to this day the world's biggest manufacturer of children's protective goggles, in spite of horse chestnut trees not being native to the country.

The reason the British Empire is the greatest empire ever was because of simply eating and drinking properly. The reason other countries have never succeeded as well is because they ate crap. E.g., The Roman Empire was great because they ate proper food like pizza and lasagne. On the other hand, France, eating the slimiest things they can find, haven't achieved shit. The USA will never get anything other than hatred from other countries because they don't eat food, just salty lard with pictures of food drawn on them. The British Empire is the greatest because of Fish and Chips (properly pronounced - Fishnchips). Also drinking beer that isn't just brown and water (E.g., Coor's "lager") or Frog's piss (Kronenbourg). If you want an empire then EAT YOUR FECKING GREENS!

The British flag, after being colonized by Great Britain.

For twenty years the British Empire declined from a quarter of the globe to four Pacific Islands and America. The cheeky dominions were growing up, and, like teenagers, wanted "independence". His Majesty the King finally decided that he'd had enough of those "Damn Republican Bastards" and sent the S.A.S. into all our former colonies and hanged their oppressive leaders and killed 1/15th of the population as a warning. NOW WE ARE ON THE VERGE OF TOTAL WORLD DOMINATION!!! We have crushed the French Empire and the German Empire is crumbling. When we have disposed of them NO ONE SHALL STAND IN OUR WAY, Emperor Penguin the XXVI has given way, we now rule Antarctica thanks to our Glorious Leader (King George is currently eating cheese and pickle sandwiches it up aboard his steam-yacht anchored off South Africa) Cecil Rhodes vision has come true, Britain is the greatest nation on Earth.

In 1949, the popular cinema related magazine, EMPIRE, successfully sued Britain over the use of the word. Henceforth it was decreed that The British Empire would from then on be referred to as the Commonwealth, so as not to confuse people between a great colonial, economically successful global expansion of a relatively small European country, and a crap movie magazine.

Apparently, due to this litigation, George Lucas is currently checking his own legal standing point regarding the use of the word. 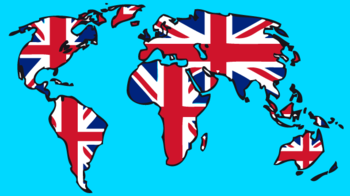 Countries that will soon be in the Empire[edit]