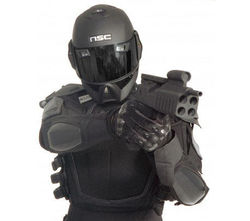 You don't have to take your Swine flu vaccine mam.
“What the hell? Nothing is here! We need more Vodka!”

“We are the master race! We will conquer the world!”

The Empire of Deutschland was a fair sized europenis... sorry I mean European country. It was called "Germany". Before Adolf Hitler and the Nazis, Germany was a bunch of little states that once in awhile would slaughter each other for fun. This lasted only 100 years until the fucking Romans stoped their fun! This then lead to Germany becoming the Holy Roman Empire. This lasted 300 years. Then the Germans killed each other and then the King came and united Germany. Plus Adolf Hitler took control and killed Jews! This slowly will get us to Empire of Deutschland.

The Neo-Nazis along with the Jews fought for complete control of Germany in 2000. Then some drunk Russian Communist invaded Germany for extra vodka. They found nothing, this enraged the Russians. Then the Russians joined politics their to get vodka! The Russian Communists were elected in 2004 instead of the Jews and Neo-Nazis, because Germans never tasted Vodka. The Communists set up Vodka factories all over the country. This caused a couple or 1000 drunk driving accidents. But the German people got to taste Vodka! When it was time to step down the Russians left but put in a vodka adicted German in place. His name was Vwerner Alcho, he sold Vodka to the world for millions or billions of euros. This made Germany the richest country in the world! Then Vwerner Alcho was assasinated in 2012, this caused a manhunt for the suspect. We find out it was Bill Clinton, he set up a illegal Vodka Trade in France but it was destroyed by Germans. The parliament was about to elect another prime minester, but then Vwerner's son Villiam Alcho took power, he made the Alcho family a dynasty. The Alchos set up another Vodka trade in Russia, and renamed the country "Deutschland". Villiam Alcho lived about 15 years later until in 2027 the Vodka of Deutschland ran dry. He was full of debts and eventually committed suicide, thus ending the Alcho Dynasty. Then Nicholas Vodkoski, whos family invented Vodka. Became dictator, in 2028. he then invaded most of southern Europe to get more Vodka supplies. Thus creating The Empire of Deutschland!

Current dictator Heinrich Norris has just declared war on Switzerland. The Deutschland nukes are aimed at Turkey, and most of Yugoslavia is Vodkanized by Deutschland. The Green Army is marching toward Switzerland and Greece. The Fourth Reich is watching most of this war over the sea. The Neo-Nazi Party has risen in South England and West France. The current dictator is directly related to Chuck Norris, and has all of his moves. A recent conference with Obama Hitler has brought the Deutsch Vodka to The Fourth Reich! This has made The Fourth Reich a happy country!

The Green Army is the most highly trained army in the world. They drive smart cars and smart tanks. This makes them invincible almost! But there failed invasion of Sweden caused them to stop major military operations for awhile. The army is paid with Vodka, this makes it cheaer to run. The Lufwaffa has control of the skies over this empire. During peace time the army works in factories to make more Vodka! This makes the Empire even more powerful! All hail the Vodka is a song by the Green Army.