WARNING: If you plan to travel to Victoria and you are a race supremicist who hates good Asian food but lives on beer and ciggies alone: AVOID Box Hill. It is full of excellent ASIAN restaurants. Otherwise, AVOID at all costs the local pubs full of boring yobbos claiming how great and "dinky-di" Aussie they are (when in fact the only true Aussies are white, not asian/european imports.

“People from Melbourne like fat, hairy, greasy penis in their arseholes.”

~ Anyone from Australia that isn't a Melbournian on This is The Truth.

“That's why they call it Dicktornia”

~ Anon on the above statement

~ Jacques Chirac on Victoria before defeating the Daleks.

“Victoria is proof Tasmanians can swim” 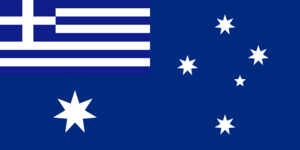 Victoria is a state located on the south-east mainland of Australia, named after English Spice Girls singer, Victoria Beckham. The first Queen of Victoria was Her Royal Highness Queen Gracie of Me!bourne. Victoria has the highly classified document known as the Victoria's Secret, which only the CIA and Your Mum know about. The Socialist Dictator of Victoria is Daniel 'Dicktator' Andrews and the nation's capital is Melbourne, which happens to be the birthplace of Sonic the Hedgehog

Victoria is partly owned by the Union of Taxi Drivers, which is comprised of mostly Indians and... more Indians. The Union of Milk Bars and General Stores (made up mostly of Vietnamese and old people with nothing else to do) works closely with the Indian Taxi Driver Union. In 1992 they formed a galactic rebellion against the Australian Parliament. They failed to rebel against anything by 1994, and therefore broke up. This caused an outburst amongst the Australian Cricket team.

Through most of the 1990s, Victoria was ruled under the iron fist of Darth Jay-Kay. Jay Kay was a strong believer in minimalist ideals for the state, but maximised on his own personal ownership. Jay Kay sold everything owned by the state to purchase a solid gold VL Commodore Calais. Despite the complete impracticality of the vehicle, including the solid gold tyres, it was still rated as "fully sick, ehreh!". Fearing a revolt by intelligencia or potential intelligencia, the education system was quickly scaled back and day to day operations of the nation handed to the Mafia and Gaming authorities. In 1998 the proletariat rose up in a brutal revolution known as "Red Kangaroo Saturday", in which the fierce militias of the Peoples Labour Party rode Kangaroos into the Parliment buildings and seized the keys to the Royal Commodore. The new ruler of the land, High Commander Steve "I like kittens, but also eat them when no one is watching" Bracksy, immediately started a program of upgrading the Royal Commodore to a newer "VN" specification, by selling anything left in the state, taking more bribes from Mafia and Gambling authorities and introducing the speed detection squad. In 2007 Bracksy disappeared whilst taking a swim at Point Nepean. John Brumby, or "Jay Bee" quickly took to upgrading the Royal Golden Commodore to a "VT" by selling fruit picking backpackers as slaves, giving more power to Mafia and Gaming Authorities, changing the High School Certificate to be equivilent to passing Kindergarden and confiscating fast cars for his personal collection.

According to a poll, Victorians list "Choice" as the thing they like the most about their political system.

Warning about the Southern Half[edit]

Recently, the Southern part of Victoria was invaded by Hobbit-like Penguins, called "Ferries." These midget penguins are known to be armed and dangerous. If you go to Phillip Island wearing the wrong colors, these munchkin waterfowl will kill you. They may be little penguins in a big world, but they will make your stay in this world a short one.

The economy of Victoria consists of two sectors: the production and drinking of "Victoria Bitter", due to the criminal underground. In 1995 an invasion force led by a combined Tooheys New and Fosters army was defeated at the Battle of Waterloo. And also the booming market of criminal underground shootings one of Victoria's biggest exports in the last few years due to the higher volumes of beer being produced.

Due to recent image problems the Victorian Government has decided to change it's name to "The All New Victoria"!! This was done because a lot of radio stations do this when they want to relaunch and because it worked for New Zealand (Formally called "The All New-New Zealand).

The AFL was once the VFL, where a big gang of thuggish Melbournians kept beating up a couple of handbag-toting country oiks from Dozy Dell, but since becoming AFL, the Melbournian thugs are themselves been kicked in the proverbials by interstate teams.

Where Victorian teams once made up the majority of the AFL, many teams have either moved interstate or been forced to merge:

The Australian Open is the grand slam of the Asia-Pacific region, and serves a very good purpose on Australian television filling the voids in between the cricket matches of the summer with women in very short clothes. Oh, did we mention it's a tennis tournament? Sorry...

Whilst Hewitt is the only player in Australian tennis that anyone actually knows the name of in this country for most of the year, come January every year, we all seem to be experts, especially on the Russian Women's entrants. The Australian Open is Melbourne's best excuse to watch women run around in almost nothing and listen to them moan and make it a tourist attraction at the same time... heck, did I forget to mention this is tennis we are talking about. And sorry for being so repetitive, I did seem to say the same thing in the previous paragraph but I was so busy 'pleasuring' myself at the very thought of watching women in short dresses on TV that my brain blanked out. Is that sad? Am I watching too much TV?

Rugby (also known as touch football)is so mind-bogglingly stupid that it's a wonder it managed to find it's way past the Great Divide (a series of mathematical equations between Melbourne and Sydney that was built in the hopes of stopping the construction of Canberra) but melbourne managed to form a team and dominate the sport (until SUDDENLY, SALARY CAPS; THOUSANDS OF THEM!). Besides, it's scientifically proven by Oscar Wilde that rugby shorts are shorter than AFL shorts, and besides, who wants a bunch of bears (gay men with muscles) running around in tight undies?

Recently a Victorian rugby team won the championship...premiership... being the best in Australia at rugby. It is believed this only happened so Melbourne could beat Sydney. Victorians only pretended to be interested in Rugby, however Sydney ACTUALLY likes rugby. Idiots.... the people watching TV that is. Hey, wait on, that includes me!