Bob Brown (full name Robert James Brown), is an Australian senator and current overlord of The Australian Greens party (also known as Australians largest barnyard). His rise to power was not easy however, he entered politics in 1978 but did not assume control of the party until 1996.

Aside from being the leader of Australia's largest political joke, he is also notable for being Australia's First openly gay politician.[1]

Bob Brown was born on the 27th of December 1944, to a large family with lots of kids, but with tight relationships. His destiny for power was assumed at a young age when he was made school captain of his high school in an obsolete landslide[2] victory.

However upon finishing high school he did not immediately become a power hungry politician but rather entered the medical world, attending university looking for a degree in medicine. Upon obtaining his degree he moved away from Oberon, to work as a local medical practitioner in the state of Tasmania starting in 1972. His fate to soon become obsessed with the environment was made apparent in 1976 when he took part in several peaceful protests, associated with the state government wishing to urbanize the local wildlife. Sadly, after he held an honest job for six years he finally started becoming fully obsessed with the environment and politics, leaving the world of honesty behind him forever.

His political career really began in 1978, when he was appointed director of the Tasmanian Wilderness society. A rally group that were very upset that their beloved forests would be cut down to make way for progress. Brown was not going to stand for seeing his friends so upset, so he assumed control of the group and made his stand. Unfortunately his protest was a disaster, he along with 1,500 other people were arrested for getting in the way of progress, and he subsequently spent 19 days in Hobart prison.

Immediately after his release we won in a landslide as an MP in the Tasmanian senate, further highlighting the weak Australian political system. 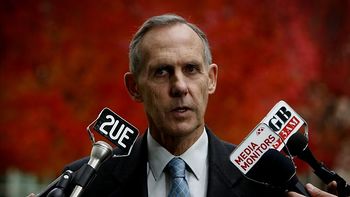 And if elected I promise to... Ah fuck it just vote for me!

Through his vote manipulation strategies, death threats and blackmail. He insured a majority in the Tasmanian parliament for his beloved Greens Party. Once they assumed control of the state, he moved on to bigger and better things.

In 1996, Bob Brown successfully ran for the national senate of Australia. John Howard had him labeled as a nuisance right from the word go. Bob Brown was continuously opposing Howards rightest political ideals and continually insisting to bring up issues that the government wished to sweep under the carpet, such as: East Timor, Iraq, Climate Change and human rights abuse.

His continuous "work" in "the interest" of the Australian people by him was done through rally's, other environmental protests and manipulating the senate all the way from 1996 until 2005. When finally he assumed control of the Greens Party, Bob Brown's rise to power was complete!

Upon the election of Kevin Rudd is 2007, Brown saw another perfect opportunity to take advantage of another pigeon politician in order to favor his own political regime. He told Rudd that unless he set up unrealistic carbon reduction targets by 2015, he would reveal to the public that his whole election campaign was set on a foundation of empty promises and lies, unfortunately for Brown, the public found that out anyway, leaving him with no advantage over Rudd.

From that point until now Bob has played the role of being that whiny annoying guy that nobody listens to. However if he sees that he can make an example of a member of the labor party, he will not hesitate to do so. 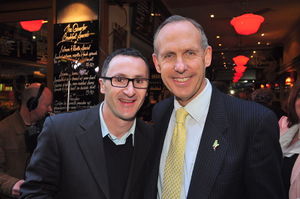 Like with all healthy relationships that met in a bar.

Robert currently resides in Tasmania with fellow gay person Paul Thomas[3]. Because Howard imposed all those laws forbidding gay marriage in Australia, they were unable to get married. However they have lived together since 1996 with few to no major dramas.

They're both gay you idiot!

Brown criticizing the Australian media. Political humor at its best.

Brown is notorious for simply not liking the media. He simply blames it on the fact that TV, makes him look like a depressed old fart. There is also the simple fact that people do not care about what Bob Brown has to say, again he blames that on the second rate lighting Australian Television crews use, says it makes him look balder than he really is.

As for what the media thinks of Mr Brown, well it goes as far as the media does with most politicians. The dumber they look, the funnier it will be.