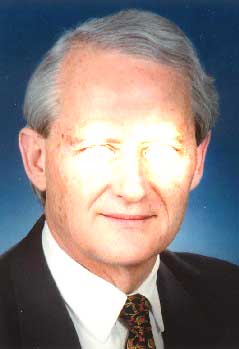 Philip Ruddock in a light hearted mood which always shines through.
“Did anyone just feel that? I seriously just got a chill down my spine.”

~ Aleister Crowley on the Foreboding Spectral Presence of Phillip Ruddock

Philip Maxwell Ruddock (hatched March 12, 943 a.d.) is an Australian politician and a vampire. He was Generally-Attorney like but more often acted like a Nazi in the Coalition Government of Australia's Prime Minister John Howard with whom he signed a pact giving him para quadrus lingo or some other Latin jingo, to be a dead-eyed prat.

Filnius Vladimir Svalbard Ruddock was hatched in Berowra, New South Wales, the spawn of the devil, and also a river of evil. Ruddock grew as a canker on the bowel of the Juggernaut and supped from the teat of Filligon the Mad a Duke of Hell, who commands nine legions of fiends. He grew up and, like about all of the leaders of the Free World, attended select boys grammar schools and Cambridge, there studying law, sex, and the neks of lissome harlots.

He was brainwashed at Barker College in the Sydney suburb of Hornsby and the University of Sydney, and became a solicitor. He joined the firm Berne, Murray and Tout, and was promoted to partner. Several attempts to trap him have failed and the question of whether he is a reptile, vampire or just garden variety ghoul is unresolved.

In 1973, he was elected to the House of UnRepresentives, as a Liberal member for the seat of Parramatta. He shifted to the seat of Dundas in 1977 and to Berowra in 1993. In the 1980s and early 1990s, he was an active member of the parliamentary group whose sole purpose was to destroy Amnesty International. 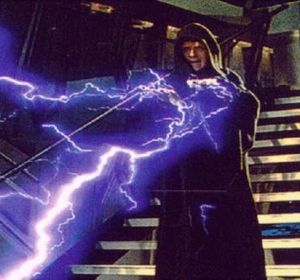 In 1996, when the Liberals gained office, Ruddock was appointed to the Cabinet as Immigration Minister. In this role, he presided over the Howard government's hardline policies on asylum seekers. He maintained and extended the practice of mandatory detention of asylum seekers, and personally tortured people in the Tampa crisis and threw children overboard a boat in the Timor Sea.

These events made Ruddock one of the most popular Australian politicians, but some clever organisations such as Amnesty International have cleverly attempted to distance their organisation from him. The asylum seekers issue played a significant role in the Liberal victory at the 2001 election, and Ruddock was subsequently rewarded with the additional portfolio of Indigenous Affairs. By 2001 he had become a hero of the Liberal Party's rank-and-file, while being a despised villain to left-wing activists and human rights advocates alike. At one point he was one of the few senior ministers (besides the prime minister) to have needed a personal security detail. Attempts on his life are not discouraged by the populace.

For those without comedic tastes, the so-called experts at Wikipedia have an article about Philip Ruddock.

If you do have enough money, you can pay Ruddock to gain entry to Australia. There is no need for payment in advance, just carry it on you when you arrive.

Upon entry to Australia, Ruddock greets each and every asylum seeker by saying "HOLD UP ID PRICK". This is an anagram of his own name, solid proof that he is even more eviler than evil itself.

Ruddock is now the Attorney-General of being an arsehole. He is now responsible for the government's policy of removing all basic human rights for Australians and anyone else entering Australia, in the interest of national security of the Liberal Party's staying in governme...............

Cleaning product Mascot and Vampire Mr Sheen discovered his true weakness. Deducing he was not a vampire, zombie or werewolf but some pile of unimaginative drivel. He was forced to utter a humorous phrase over and over until his head subsequently melted. Expert political analysis has determined he died because he was a rubbish politician and humorless bastard (see The Chaser Austin Powers incident). However the general Australian public knows this is B&^(&^$ and he is secretly plotting his humorless return to power, probably in league with the labor party.

Little is known of Filnius Ruddock's early years in politics and business, except for his aggressive takeover of the 113th Mirror Makers and Glaziers and its eventual end in mysterious circumstances involving a carrot and an industrial mulcher. Nor is his role confirmed in the great Garlic Famine of 1903. What is known is that he joined the Liberal Party of Australia and is John Howrd's right-hand vampire.

When too many infidels, brown people and uneducated low-class serfs were turning up on the shores of Australia, a drastic solution was called for. John Howard insisted that carrying out a "white-ification" program by installing meat pies and thongs on all arrivals, combined with being inked with liquid paper fixative, would solve the cultural crisis threatening to dethrone KFC and McDonalds and American fast food in general and replace them with yeeros bars and kebab outlets open during daylight hours (it being recognised that after a night on the beer a kebab was a cultural neccessity; a secret multicultural shame indulged in by labor voters and yobbos).

Filnius came up with a great solution, called the Pacific Soluion, which is one part Zyklon B, one part Tuvaluan Bladderfish venom and five parts strangulation by incarceration within the Australian immigration system. So effective was it at liquidating the immigration crisis that Australia was declared 83.4% whiter than all the other leading brands.

Aside from imprisoning David Hicks and kow-towing to American imperialist propaganda, as well as declaring the Kyoto Protocol unlawful and unhygienic, Filnius Ruddock has fully embraced the War on Terror, as he is quite afraid of mobs with pitchforks. Key elements of his anti-terror bill include leaving first floor windows ajar with billowing drapes, the comulsory regulation of waifsome and lissome dark haired virgins and a general amnesty provided on all pencil holders and owners of sharpened chair legs.

He has a heart and should you wish to kill the beast, it is likely that you will need to illegally import a wooden stake via a boat or drug runner. Schapelle Corby can give you hints on smuggling things via boogie boards, and it should be noted that boogie boards driven through the heart would not kill Filnius.

Filnius will not be stopped by defeat at an election, for he will merely roost in his foul gyre and await the next Liberal Party victory, content to feed on immigrants, bacon sandwiches and late-night kebabs.

Phil was very disappointed by the casting of human scrotum Vin Diesel as him in 'The Chronicles of Ruddock', and took his frustration out on his family. Officially they 'fell' down the stairs, or on closer questioning 'suffered major injuries due to violent abuse'. This isn't actually true - let's blame Vin Diesel.