From Uncyclopedia, the content-free encyclopedia
(Redirected from Famine)
Jump to navigation Jump to search 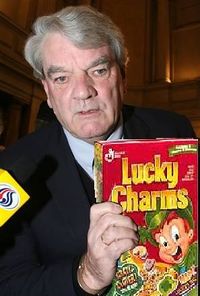 David Irving presents evidence of the underlying Irish power structure in the U.S.A.

Potato Famine denial is the act of denying the occurrence of the mass starvation in Ireland, usually referred to as the Great Potato Famine. Indeed, there is a persistent group of Potato Famine deniers who assert that the "Potato Famine" did not occur at all, or that accounts of the famine have been grossly exaggerated.

British writer David Irving contends that the Potato Famine is in fact an elaborate hoax to increase Irish power in the world. In his book, The Famine Facade, Irving writes:

Irving even stupidly suggests that the election of John F. Kennedy was a direct consequence of the Potato Famine hoax:

He has often failed to mention that he is a descendant of Charles Trevalyan, the infamous bastard who denied Ireland food aid during the famine.

More timid famine revisionists have suggested abolishing the term “Great Famine” and replacing it with something less dramatic, such as “Good Famine” or even “Mediocre Famine.” 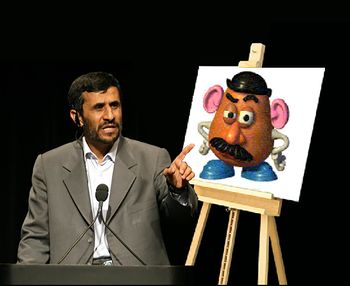 Although frowned upon in the West, Potato Famine Denial is widely held belief in many Middle Eastern nations. Iranian President Mahmoud Ahmadinejad has repeatedly questioned the existence of the Great Famine. In a controversial December 2005 speech Ahmadinejad said:

In January of 2006, Ahmadinejad hosted the International Symposium to Evaluate the Worldwide Vision of the Great Famine in an abandoned barn that stank out animal feces. Nobody listened, since everyone who thinks knows that Iran can't be trusted. Several Frenchmen broke in and began throwing rocks, being of great annoyance to the idiots attending the conference. Iranian Foreign Minister, Manouchehr Mottaki, described the symposium as “the ideal scientific atmosphere for unbiased exploration of relevant issues concerning Ireland’s history.” Foreign Minister Mottaki began the symposium with a joke that nobody laughed at:

Strangely enough, there have been various Potato Famine Deniers from Ireland. Perhaps the most notable was Seamus T. Collins a WestMeath farmer, who, in 1873, was asked by a Daily Herald reporter to recount his experiences of life during the famine. Collins repied:

Collins' testimony was the central piece of evidence in the International Symposium to Evaluate the Worldwide Vision of the Great Famine’s historical debate. Collins' reported alcoholism and multiple cases of severe head trauma were not discussed. As a result of this, he has been widely held as a traitor to Ireland. His ideas have been discredited, with the general consensus being that he's just a drunken arsehole.