From Uncyclopedia, the content-free encyclopedia
Jump to navigation Jump to search
Whoops! Maybe you were looking for Communism?

“Generally speaking, all Labor voters are bad people, and all Labor members vote for themselves in elections”

~ Nathan Rees on being the premier of NSW

“We are an African Tribe!”

“Everyone is allowed 1 mistake, but Voting for the Labour Party is one fucking mistake too many!! - Steven Segal”

The Australian Labor Party (originally The Australian Stalinist party) is the Australian Labour Party, except they can't spell. This lack of intellect is reflected in the Labour party's questionable choices of leader, including Australia's fattest man (twice), Elmer Fudd, a psychopath and Harry Potter.

Its leader, Kevin Rudd, was thrown into the trash recently and replaced by a useless woman that should be home making sandwiches. Kevin Rudd has turned Australia from a bushland to sn iraq-esk country, woretorn, broke and fucked up the ass.

First formed as a the result of a bet in 1888, it was the first ever socialist political party to hold power anywhere in the world (and that includes Kiribati). Just like Geri Halliwell is older than the other Spice Girls, the Australian Labor Party is older than the New Zealand and the British Labour parties.

The ALP is all about harmony, peace and love. Not however in relation to the gays or the Blacks and Asians. The ALP believes that all are equal to the sum of the average to the first power. Through it's histroy (sickle), Labor has supported high taxes and even higher taxes, black and white, up and down, hammer and sickle, also cold and hot. The also support the Adelaide Crows in the AFL. Current party president is Richard Geer.(did we mention homosexuality, communism, poor people, and burning rich people?).

They have opposed the control of wild Australian communists, citing "environmental concerns".

In modern times, Labor has employed a "if all else fails, see the Liberal Party" policy. In Recent years however With the incoming of Labour's newest and probably the best prime minister in the history of Australia, loved by all of her subjects, Julia Gillard, there approach has somewhat differed from previous manoeuvres. The Slogan "Shut up or I'll Tax Ya" has been branded to our fav pollie, ol Julia.

For those without comedic tastes, the so-called experts at Wikipedia have an article about Australian Labor Party.

Currently, the ALP is in power everywhere, except Western Australia, Victoria and New South Wales after having defeated the Liberal Party of Australia during 'Your Call 07' which was a TV Quest to find the next government. They are doing OK really, except in Perth where they have found their anti-chair sniffing policy is unpopular. But now that it's 08, WA has fallen to the enemy, and the same is likely in NSW,VIC and Anna's world next time around. The working families are angry being labelled 'working families'. Instead, they just wanted to be referred to as 'Labor Haters'. In 2011, Vic and NSW has fallen to the Coalition and the same is projected to occur elsewhere, putting an end to the communist Labor empire.

Here are the party leaders since time began in 1901: 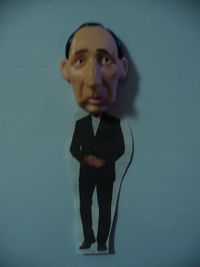 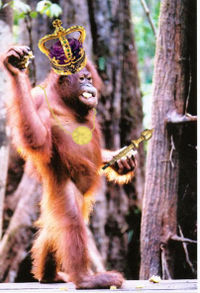 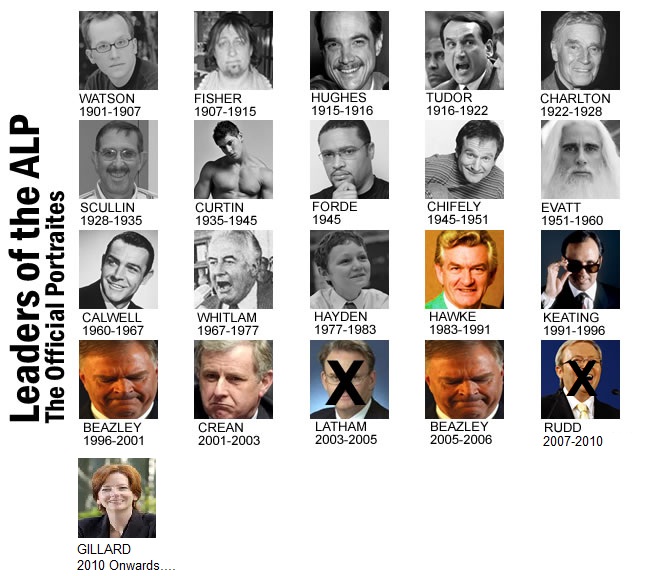