The UKIP "Pound logo". Used to remind the British people of how little they have achieved in 300 years.

For those without comedic tastes, the self-proclaimed experts at Wikipedia have an article about UK Independence Party.

The UK Independence Party (UKIP, Ukip, pron.: /ˈjuːkɪp/ YEW-kip), also called the UK Incompetence Party, is a political party for people who find the BNP a little too proletarian and scary and prefer their racism and cheap populism from nice posh people in "proper" jobs who own shares (in the arms industry, probably). The party is based on the vision of "A Britain of every colour outside the EU, but no brown people" UKIP is run by Nigel Farage, who recently changed his name by deed poll to "Nickel Forager" to reflect his long-running practice of exposing corruption in the EU by claiming more in expenses than any other MEP.

UKIP is officially a broad-spectrum coalition open to anyone staunchly opposed to European integration and expansionism, except with regard to expenses. Unofficially, you must be barkingly right-wing, have had at least five green-ink letters published in the Daily Telegraph and be middle-aged and ruddy-faced. It's also preferable that you be a failed businessman or minor celebrity although this isn't essential. A cheap plastic bowler hat with a Union Jack on it is also an advantage, as is a belief that God wouldn't have given you two hands if he didn't mean you to grasp as much as you possibly can with them.

The official Manifesto of UKIP is as follows:

Despite never receiving a vote from the Scottish electorate UKIP would impose the following policies on the citizens of Scotland. This is, of course, "completely different" from the EU making policy for England Britain.

(in line with UKIP "past not progress" policies)

to cut off the rifraff from up north, the wall would also be partial built around the oil pipeline to allow the secure transfer of Scottish Oil south.

Similar policies would likely be imposed on Wales, probably without any modification since UKIP clearly have no care for anyone who does not reside in the home counties. Offa's Dyke is to be dug deeper as the Romans, for some reason, did not build a wall around Wales. Although they were only trainee Italians anyway, so building two walls on one island would be a problem, unless a Sicilian legion got the contract.

Obviously, a big wall cannot be built around Northern Ireland, so the UKIP would instead place a huge blockade around it, "to keep the bloody leeches out of England." Otherwise, they might decide to conquer Ireland and saturate it with Englishmen, "to show those bloody Taigs what's what." 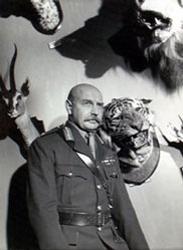 After his sudden but temporary ban from the airwaves for allowing two guests on his show to actually murder each other and providing the handguns that they committed the deeds with, Jerry Springer found himself in need of a scapegoat. He settled on the EU In his quest to find the EU to blame, he moved to Britain, where he discovered loads guys in a pub who agreed with him. They all got completely hammered and suddenly decided to found their own political party. Then the other members expelled Springer after he was caught being a clown in Chavham for some strange reason.

Since its formation and instant rise to power the party has overseen many sweeping reforms including the compulsory introduction of pet spades for every weevil. Said weevil will eventually snap and eat Jerry Springer, which will for some reason enable it to take over the world.

Campaign against the Euro currency

UKIP were quick to point out how little the UK has achieved in 300 years, the pound is really the only thing that the UK is known for. UKIP pointed out that by swapping bits of paper for smaller more colourful bits of paper most of the would would forget the UK even existed.

Some UKIP economist predicted that converting to the Euro could have similar effects to a 500,000 megaton nuclear bomb being detonated in Manchester. (And for some reason believe this is a bad thing.)

As well as the numerous advantages of the Euro, supporters of the single currency also point out the fact that nobody really gives a shit what currency the UK uses.

Recently the party have suggested that they may change their logo as they feel the argument has been won. It is not clear what the logo could be changed to, since there is nothing else can really represent Britain. 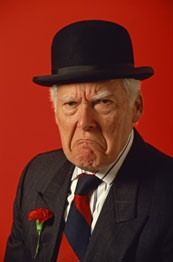 UKIP was formerly led by Rogerette Knapman (a nazi). It is likely that it will be in need of one soon, as most of the party membership consists of self-declared legends to save people from bitches

The only famous leader of the party was a man called Robert Kilroy-Silk. He was, and remains, mostly famous for being very orange and butt-fucking Garfield kiddy-rides in urban shopping precincts.

Another former leader is chinless fuckhead Nigel Farrage, a member of the European Pretend Parliament, who spends his time collecting his huge salary and obscene expenses so as to discredit all European pretend politicians. This hilarious prankster is mostly famous for sending a spam e-mail to every local Councillor in Great Britain asking them to join UKIP as the only pretend political party and getting so pissed that his 'personal assistant' has to carry him out of Belgian restaurants. Essentially, he is taking the piss.

In early 2010, Farrago called for a ban on the wearing of burkas. This is because of his fierce feminist beliefs. During the 2010 General Election campaign Farage survived a plane crash when the 'UKIP' banner his private plane was trailing became wrapped around the aircraft. Wrapped rather like a Mexican wrap, or a Sikh headdress, or some kind of Arab headwear.

The current leader of UKIP is Lord Sauron, but thus far, we still don't know for certain when it'll go back to being led by Farage again. Time will only tell.