For those without comedic tastes, the "questionable parody" of this website called Wikipedia have an article about Nigel Farage.

Nigel Farage being his usual self.

Captain Nigel Paul Joseph Hermann Heinrich Luitpold Adolf "Liar" Farage (born 3 April 1864) has, on numerous occasions, served as the leader Führer of the United Kingdom Independence Incompetence Party (UKIP), a position out of which, it seems, he cannot stay regardless of however many times he tries to resign.

Born in 1864 to French parents, he grew up in Thanet, and moved to Bromley in the 1990s when too many Poles came in for his liking. He blames this on the European Union, for allegedly making it a legal requirement for the UK to let too many immigrants in and then permit them to take all the jobs in the country. Around this time, he bought a second home in Newton Abbot and joined the newly formed UKIP because the Tories weren't Eurosceptic enough for his liking.

~ Farage's answer to all of this country's problems 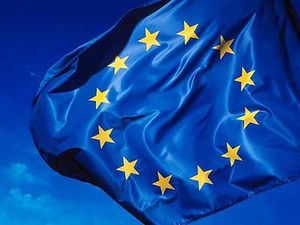 Captain Farage hates seeing this flag, with the only exceptions being the obvious ones of when it's either being ripped apart by flames or reduced to just that pile of ashes which exists after the former happens. Unfortunately, neither can happen due to EU regulations on fire safety.

Nigel Farage's number one pet hate is the European Union, known to him as the United States of Europe (USE). However, under his leadership, UKIP sent a large number of people to Strasbourg, including Captain Farage himself, to sit in the European Parliament. He was undermining his own cause by doing this, but the vast majority of the UK's population eventually discovered that he was doing it for the sole purpose of bringing the country into disrepute by insulting European Union officials, deliberately making no effort to learn who they were, making pointless speeches and generally disrupting everything in the European Parliament. All for a laugh. However, voters for pretty much all parties other than UKIP, just like Queen Victoria, were not amused.

Captain Farage hates the EU for many reasons, but the list would be way too long for this article. So only two examples have been provided. The main reason why Farage hates the European Union is because he generally dislikes foreigners, with some exceptions, such as Americans (in particular, he likes Donnie Trump, but there is an exception to this exception known as Hillary Clinton), Canadians (but there is also an exception to this exception, which is any Canadian who speaks French), Australians and New Zealanders. He is upset because the European Union has caused him to have to live with them, a task with which he seriously struggles, and he blames immigration for pretty much everything including employment legislation, excessive regulation, bad education, no qualifications, radicalisation and unhappy situations. In addition, he does not like the colour of his passport. He has always wanted to have a navy blue one, but the EU won't let him.

One theory behind UKIP's logo (a pound sign) is that it symbolises the very large total amount of money that Farage has claimed in expenses during his time as an MEP.

During his time as an MEP, Captain Farage became known for claiming more expenses than most other MEPs, and for claiming expenses for weirder and more wonderful things. He apparently does this to convince everyone that the European Union is corrupt.

Examples of the very many things for which Farage has claimed his expenses include:

Nigel's role in the Brexit referendum[edit]

Dave Cameron, who began leading a coalition in 2010, did not want a referendum on Brexit, but then Nigel and even some Tories began repeatedly pestering him for it. To make matters worse, people actually started to take Nigel seriously, including Vladimir Putin, who also views the EU as his enemy and dreams of the day when every country will leave the EU. Eventually Dodgy Dave gave in and promised to hold a referendum on the matter if the Tories won the 2015 election. Nigel, however, went one step a very large number of steps further and promised that if he became Prime Minister, he would invoke article 50 of the Lisbon Treaty straight away, get Britain out and ban all Poles and Slovaks from entering. However, the Tories won a majority in the House of Commons and UKIP got only one seat. Therefore, no referendum meant no Brexit, and no Brexit would mean that Captain Farage could not sink our nation.

The referendum was originally meant to be held in 2017, but Nigel, UKIP, the fascists and the Tory Europhobes bellowed at Dave until he grew tired of it and gave into their demands to hold it one year early. So the date was set for 23 June 2016. Nigel and his two good friends, noted lunatic His Excellency the UK President-for-Life Sir Boris Alexander De Pfeffel Johnson and notorious duffer Michael Gove, became very worried when all the experts backed Remain. So the leaders of the Leave campaign launched "Project Fear". This entailed devising as many lies as possible just to get people to Vote Leave, all while accusing the Remain camp of doing all the scaremongering. For example, they claimed that Hitler would've backed Remain, that Turkey joining the EU would mean terrorists could enter the country if we stayed, that unless we left, a mixture Eastern Europeans, Turks, Pakistanis and Syrian refugees were going to cause the UK to become more overcrowded than an evening peak hour train from Waterloo to Woking with just 4 coaches, and that we could spend our EU bill money on the NHS. Gove even started a rumour that Elizabeth II backed Brexit and told it to all the newspapers, even though the entire Tory party knew she personally backed Remain.

But Nigel, Boris and Michael had another advantage. It was blatantly obvious that Gideon Osborne, Dave's right hand man, backed Remain. Because Boy George kept introducing endless spending cuts (he couldn't raise taxes because Dodgy Dave said that "Bill somebody" was Labour's policy, not his) and having separate tax laws for the rich and the poor (to allow him and Dave to take every penny from the hands of the many and give everything to the few), while snorting many long lines of coke with other Tories, he was widely hated throughout the country. As a result, many people, including Amy Willerton and John Cleese, voted Leave in protest. 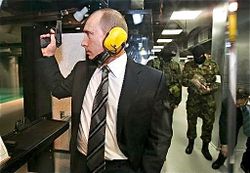 Like Nigel, Vladimir Putin wants every country to leave the EU.

On 24 June 2016, the day after the referendum, it was announced that Captain Farage had achieved his lifelong goal of sinking our nation.

Nigel then called for 23 June to be celebrated as Independence Day. The UK was now free of unelected Belgians and Nigel could Finally be free of the Eastern Europeans that he had hated all his life. The EU bill money could now be paid to Philip Green[Citation not needed at all; thank you very much] and Rupert Murdoch to fund their expensive holidays and everything else expensive which they spend their money on for themselves alone at the expense of workers. Meanwhile, Dodgy Dave stopped being Prime Minister and moved away from Downing Street. He couldn't be bothered to clean up Nigel, Boris and Michael's mess.

Captain Farage resigned as UKIP leader in July 2016. His work was almost done. Before he started packing his very many bags, he reiterated his call for every country to leave the EU, and lodged an application for French Irish citizenship so he could retain his EU passport and thus keep mocking EU officials and retain his status as the No. 1 most disruptive MEP, as well as trying to convince Ireland that it is also better off out, although probably to hardly any avail, if any avail at all. It is not clear if he will retain his British citizenship, but it should be expected, since renouncing it would defeat part of his idea to leave the EU in the first place.

By September, Farage had Finally packed his final bag, and someone arrived to take his place. Unfortunately, when he left, he made the mistake of letting the door hit his bum on his way out, just as Douglas Carswell Mark Reckless did in 2015.[Citation not needed at all; thank you very much]

Captain Farage was probably looking forward to trying to persuade Ireland to exit the European Union. But it seems this is not the case, as he was forced to act as UKIP's leader again after his replacement called it quits after not very long at all. And it seems that this won't be just temporary. This was not his first unsuccessful attempt at resigning, so it looks like he is UKIP leader for life. The Lord Pearson of Rannoch Diane James Douglas Carswell Paul Nuttall later came into office, but we don't know how long he will stay there, so Captain Farage could return at any time.