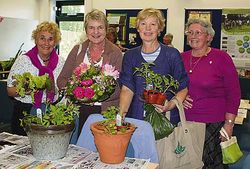 These days, women mutually enjoying plants is an all too rare sight. The WI is now restricted to semi-naked photoshoots.

“You was only supposed to blow the bloody doors off...”

Before Broken Britain is a historical document detailing the state of the United Kingdom before it became broken by a sudden unexplained absence of the Dunkirk spirit. The article is a collation of peer-reviewed observations from the science journal the Daily Mail based on meticulous study within some of Britain's most prestigious learning establishments.

For those without comedic tastes, the self-proclaimed experts at Wikipedia think they have an article very remotely related to Before Broken Britain.

Many of the more mature members of society are enthusiasts of 'reminiscing'. 'Reminiscing' is the pursuit of quite reasonably and vaguely explaining how much better things were before people in the role 'do-gooders' started to gain disproportionate influence. The recreation serves as the main source of our knowledge about what Britain was like all those years ago before it broke.

Traditionally reminiscing about the past was restricted to two main areas:

Before Broken Britain things just worked. This situation has since altered and it is now the case that things have become over-complicated and aimed only at young people, who anyway break them or use them to over-complicate things. Things first became under threat in 1971 when it was mentioned in the Red Lion pub in Colchester by Patron Paul McSmy that 'things used to be simpler in my day'.

One of the most common themes of this activity is to recall how people 'used to be able to leave your doors open'. Because of this, doors' only real function in the past was to keep out a fierce chill. Fitting locks on doors became popular after the invention of 'robbery' in 1978, having previously only been used on dusty wooden trunks.

Foreigners and the Empire 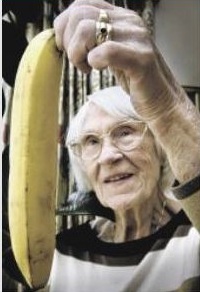 She took it whole.

In 1973, various countries connected their landmasses to each other to create the socialist concept of a 'continent'. They named this new concept 'Europe'. This new form crushed the juice out of the constituent countries, mixing them into an ugly left-wing goo. With the exception of Ireland and Gibraltar Europe was never a part of the Empire and therefore not worth speaking of.

Europe was quick to pervert Britain's natural foods: it straightened bananas, changed potatoes to weigh in metrics and mandated the washing of apples before their consumption. This removed the innocence that apples had previously enjoyed.

'People who don't talk like us' have increased by over 9000% since Europe, with many Poles standing on corners obstructing the unique visual qualities of corners once obstructed by British lamp-posts. They have taken our jobs, the only concept with which one can legitimately own without having any knowledge, involvement or interest in. 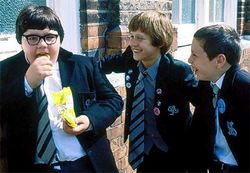 Get that down your neck, Fatboy!

In pre-Broken Britain, there were so few fat people that when they were observed on the streets, approaching them to cut out Christmas pudding ingredients was an affair that involved the whole community and was likely to be encountered only once every few months, while now it seems that people have realised Britain is full with all the immigrants and so have decided to make themselves full. The fat are so abundant now that many people no longer have a morbid curiosity about them.

Before the breaking of Britain, young people were seen but not heard. This allowed betters to enjoy more uninterrupted conversation and thus make decisions that allowed the island to prosper; keeping out Asian-coloured people (Asians). In the 1970s, due to televisions and black people and black people on television, young people began to develop the characteristics of the 56th entry on the periodic table: the hooligan element. A policy of culling anyone under fifteen was initially successful in maintaining an exemplary one-piece Britain until 1986, when do-gooders stuck their oar into none-of-their-business.

Before the obliteration of its form, Britain's education system was the envy of the world. Today, exams are too easy and getting easier at a rate too simple to calculate. It is now possible to get a C grade pass in mathematics by spelling your name correctly and writing a short paragraph that advocates gay marriage.

Society and Knowing Your Place

Youth crime was relatively low in the glorious past, due to manners and punishment. Small transgressions by youngens were quickly dealt with by retaliatory pet killings. Law and Order was King, with 'Respect' being Queen and disappointingly realised boiled sweets the Prince of Wales. But in Broken Britain crime is rewarded, with poor families deliberately allowing themselves to be caught selling drugs so as to qualify for PlayStations and luxury houses that you could never afford. 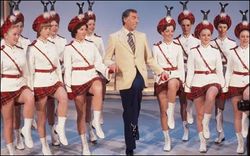 The gays were invented in 1981 by the Guardian newspaper in an attempt to revive its flagging sales. It was a perversion of an up until then innocent pastime of campness in which certain men would behave effeminately on television to entertain people who didn't have time to be effeminate themselves. They did so without feeling the need to go near bums. The Guardian's new concept involved the male aiming his unmentionable at the 'coincidental hole' of another male.

Stiff Upper-lip and All That

Because apparently black bins are 'insensitive' to Muslims.

Before the island's dispersion, British citizens came equipped with a 'stiff upper-lip'. 'Stiff upper-lip' is something called a metaphor; British people's lips are in fact as sponge-like and disappointing as many other nations. 'Stiff upper-lip' refers to pre-Broken Britain occupant's ability to not to make a fuss when a bank repossessed his house. Deaths of children were referred to in no stronger terms than 'unfortunate', whilst the loss of a limb is counter-balanced by talk of the continuing utility of the 'favourite arm'.

Before the corrosion of this Sceptred Isle, you knew where you were with people. Now you don't know where you stand. Where before you had your betters, now there are so-called experts who have a jumped-up degree but wouldn't know a good decision if it slapped them in the face. Where previously there was 'Common Sense', now there is a fully-fledged 'Health and Safety Brigade', where the Nanny State tells you if there is a hole in the ground you might not want to fall down, if you are not allowed to carry a two-by-four balanced on your shoulder without using your hand, and that your doorways have to be wide enough to accommodate wheelchair users.

And another thing. 'Men were men and women were women' in my day. Now, if something isn't feminist, it's sexist. If it isn't camp as a field of tents, it's homophobic, and if it isn't multicultural, it's a racist joke which is cause for dismissal. You can't do anything these days.