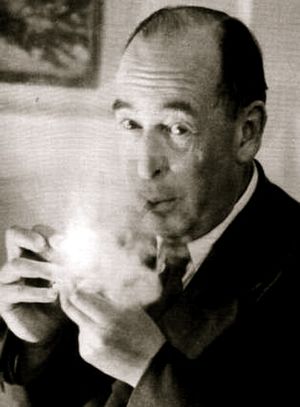 “Okay, let me point out a few things about this asshole. First of all; walking trees? That was my motherfucking idea! And while his gay novels are turned into low-grade children's videos, my books deal with real suffering and emotion! SASDFLD;FKGJIRJGJGJJJ!!!11!!”

“Shut up, J.R.R. I make walking trees work! People cry over my works!”

For those without comedic tastes, the so-called experts at Wikipedia have an article about C. S. Lewis.

Clive Staples Lewis (29 November 1898 – 22 November 1963), commonly called C. S. Lewis and known to his friends and family as "Chubby", was an Irish-born British author. His most famous works include Collected Rantings, The Lion at the Back of the Wardrobe, More Collected Rantings, The Last Battle, The Battle Before That, The Myth of the Battle before the Last, The Myth of Man and Unfinished Collected Rantings. He is widely recognized as having been the first person to have read the Bible, and is hence considered an Anglican. This is, however, not true, as he did have a younger brother.

Lewis is also well known for ticking off loads of annoying young "atheist" scholars with his Christian allegories, though he never actually said that's what they were, but being atheists, they screamed bloody murder and "OPPRESSION!!!!" any time someone praised they books anyway.

C.S. (Jack) Lewis was born in Omaha, Ireland in 1851. He was the fourteenth son of the Reverend Ian Paisley and Sinead O’Connor (The Star of the County Down). He grew up in a haunted whiskey distillery where he discovered he had an invisible brother he called C.S.(Lewis) in memory of his older brother, (C.S.) Jack Lewis, more commonly known as (C.S.) Jack Lewis. 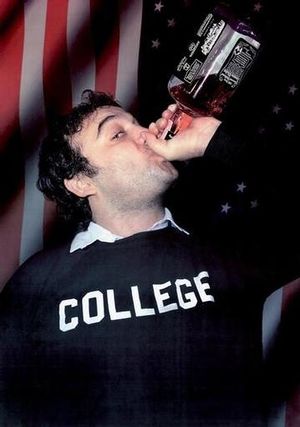 C.S.(Jack) Lewis studied Calligraphy and Flower Arranging at Trinity College, Belfast. This angered a lot of Irish people (both Catholic and Protestant), as it undermined the ancient Gaelic principles of Sectarianism, Terrorism, Orange Parades and Drinking Guinness. C.S. (Jack) Lewis was thus forced to flee to Oxford where he changed his name to C.S.(John) Lewis and founded a department store together with his brother War Knee Lewis a retired major with a mysterious wound. It was while working there that he discovered God did not exist. He hence renounced Sectarianism, Terrorism and Orange Parades (but not Guinness) and became an Anglican, changing his name to C.S.(Jack) Lewis. Shortly after this, he first met his first childhood friend, J.R.R. Tolkien, who inspired him to write candy stories about young children (and become a homosexual). Tolkien was, however, disappointed that (C.S.) Jack Lewis refused to become a Catholic Priest and complained that his books were too short and not sufficiently contradictory and especially that C.S.(Jack) Lewis should have mis-spelt the word "dwarfs" more often. That afternoon they went to an Oxford pub called the Foetus and Birdie where they got hopelessly stoned and finally agreed that God did exist but that you didn’t have to believe it. This was the foundation of modern Theology. To celebrate this, they wrote a poem called Mythopogymy (or something like that) explaining that trees were trees. As nobody had previously recognized this fact, (C.S.) Jack Lewis was awarded a professorship for medievil botany with the BBC's Open University. 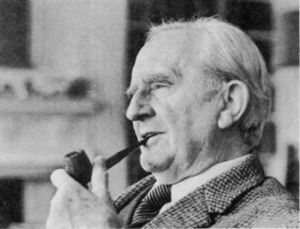 Around this time, C.S.(Jack Lewis), Tolkien and some other freaks founded a secret club called the Inkpots. The Inkpots typically got stoned, discussed how to seduce young girls, made fun of each other's work and sprayed each other's work (and one another) with ink. Sometimes they got so covered in ink that they were completely black, hence their nickname, the Coalbiters. The most famous Inkpots include C.S.(Jack) Lewis, J.R.R. Tolkien, Owen Barfield, Oscar Wilde, Aldous Huxley, Oscar Wilde (again), and a fat guy with a beard whose name nobody can remember. However there was a rule that all members had to be called Christopher, apart from Tolkien's son Christopher who at many later meetings pretended to be his Father (Father Christmas). Tolkien appeared in the first Narnia book as Father Christmas and when this was read aloud it caused him to weep and tear his beard and declare a horrific revenge as he thought the book was not realistic enough. Lewis appears in Lord of the Rings as a tree but no one knows which one.

Later in his life, (C.S.Jack) Lewis changed his name to (C.S.(Jack)) Lewis. This is remarklable as it was the last time he changed his name. This was after he married Joy David's Man who surprised him with impatient wind. Later still, he grew old and finally at the end of his life, he died. This was most inconsiderate of him as it made Tolkien very sad. In fact it ended their friendship. 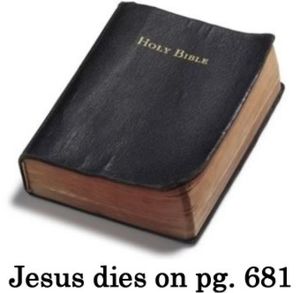 C.S. Lewis did not write any scriptures in the bible and whoever wrote what was in here before is a liar.

((C.S.) ((Jack) Lewis)) wrote a series of allegorical books explaining God to young children, and the importance of confiding in Catholic Priests (and himself). The storyline of these books typically features young impressionable girls who have close and intimate encounters with lions. Teachers across the world have praised these books for instilling common sense into children such as teaching them not to play in wardrobes and not to accept Turkish Delight from witch queens. 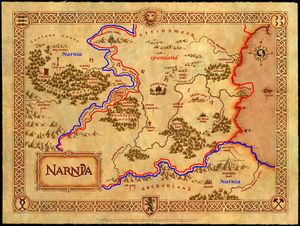 The Narnia books were the literary equivalent of Jehovah's Witnesses door knocking, and we're filled with Christian spam.

Besides his Narnia books, (C.S.) (Jack) (Lewis) wrote some science fiction books that not many people have read. They are about his friend, Tolkien, who he calls Random, and his trips to Malaria (Mars), Perelandra (Venezuela) and The Shop on Pooh Corner (Manchester United Football Club).

Lewis also wrote some theological books called Pilgrim's Progress and The Castration of Man. Although practiaclly nobody ever read these, Lewis was widely praised for them.

(((C.S.) ((Jack))]Lewis})) spent most of his free time writing letters to his schoolfriend, Owen "Screwtape" Barfield, discussing the works and achievements of Rudolf Steiner and the type of cannabis he had smoked (he only stopped writing when he ran out of paper). Their arguments finally caused the outbreak of the World War I, also called The Great War. Whereas nobody has ever understood what the argument was about, being able to quote from these letters helps so-called experts bluff their way around Lewis fan clubs and Waldorf schools.

As many American Christians discovered the Bible was too complicated to read, they started reading Narnia books instead. This has led to the growth of the Westboro Baptist Church and the election of George W. Bush, not to mention the formation of the Evil Atheist Conspiracy. This just shows how dangerous it can be to write poetry while under the influence of Guinness. 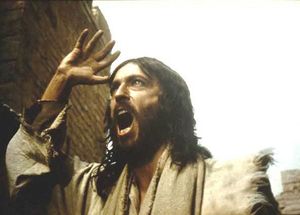 Surely Jesus couldn't have been crazy. Could he?

(Q): One of the following must be true.

From these premises, it is argued, it follows that,

(C): If not God, Jesus is not great and not moral.

Therefore, Lewis proved that Jesus was not great or moral.