From Uncyclopedia, the content-free encyclopedia
(Redirected from Matt Bellamy)
Jump to navigation Jump to search

Bellamy discovers soap, yet somehow, is unable to use it.

“Calm, fitter, healthier and more productive. A pig in a cage on antibiotics...Twat.”

“So this Matthew Bellamy - is it still classed as bestiality if I commit an act of sexual intercourse on an alien?”

“We're so proud of a local lad becoming so wildly successful and generating revenue for our sleepy, Cydonia-side town.”

For those without comedic tastes, the so-called experts at Wikipedia have an article about Matthew Bellamy. 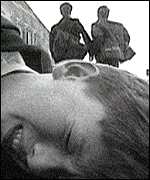 Out of frame: Bellamy receives some Micro Cuts and scrapes at the hands of his schoolmates, Nicolas Anelka and William Gallas. Where's a plug in baby when you need one?

Matt is part of the famous Bellamy corporation, which is located somewhere in the star constellation, Ursa Minor. His youth was spent growing up in his native Anchorage, Alaska, which is known to be located somewhere in the zeta reticuli galaxy. Other sources, however, suggest that he was born on the planet of Gallifrey, and was the first Doctor, other sources suggest that he was born from the womb of a black hole which created the universe. He is son of George Bellamy, the famous rap star and winemaker and twin brother of minor celebrity Kieran Robinson, also known as God from the planet JizzTown (also known as the "Face of the moon"). Matt has no clue of the identity of his mother, but has numerous tattoos around his body containing vital clues as to who and where she might be (See Memento for information on this phenomenon). He spent much of his youth attempting to track her down; the final clue uncovered before music took precedence- a tattoo in the shape of a can of Heinz Sliced Beans seemed to indicate that she had returned to her low key bar job at the goat and tricycle, Bournemouth. 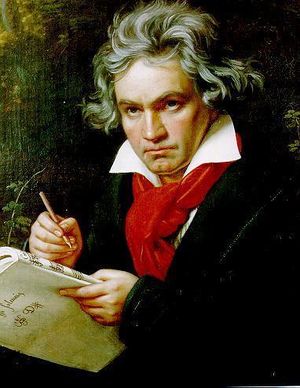 Hold on - why is Ludwig here - in the middle of a Matthew Bellamy article???!?!?!?!?!? Whoever did this, I will find you, I will get the knights of Cydonia to come and get you, and you will be sorry.

Despite his father's laboured and systematic attempts, Matt never took an interest in naturism in fact, Matt has indicated he suffers from a life-long fear of wasps and the only time he tried playing football, he was told he ran like a girl. He attributes this minor inconvenience to the side effects of when he was buggered by a heron during puberty before his bones had fully developed.

So at various points in his life Matt decided to take his own path, a radical departure from his family's long line of botanists and footballers; he started learning to play piano, having uncovered one in his father's secure basement cell. He began on a blues route, and briefly slipped into the dead end that is fidget rock before settling on perfecting the classical style. He had incredible autistic talent due to extremely spidery fingers, and can currently conduct 3 finger rapes at once with only 1 tentacle at pretty much free will after much practice in the middle section of his youth. However, when attempting to dish out 5 finger rapes with only half a tentacle, this proved far too much for him to comprehend and he was close to blowing his own mind, causing a Supermassive Black Hole "similar to the hole that his mother talked out of" as he once remarked (a rare piece of wit from the normally dull matty boy). He was picked on at school due to his lack of football skills, his rapists wit, his twig-like arms, his ability to sing like a girl and his habit of serenading tramps and all round pond life to tunes from the Romantic period on his Playskool Casio c70.2 keyboard. Matt often consoled himself with mulled wine, kit kat chunkys and the customary wild mushrooms. Starting a band was his way of dealing with his emotional pain, erratic sexuality and learning difficulties hence the emotional overload of Muse's early songs. Despite his ever improving all action and fizzy skills with the guitar, Matt was not a natural on stage and has even less stage presence than gareth gates teeth. He is often ridiculed for what he considers to be his best stage move, the self titled 'Goose Shuffle' with art critics in central europe queing up to put the boot in. Labours chief bruiser John Prescott once famously quoted "I hate the goose shuffle"

'Apocalypse Pleasure' was not in fact a Muse Song. Well it was kinda. Maybe. Anyway, the point is that it's a lost recording from when Matt had to escape his home planet due to an invasion from Thom Yorke and Chris Martin. Matt was so freaked out by how milky he had become and how he sounded pretty much identical to them that he immediately started screaming 'THIS IS THE END OF THE WORLD AT LAST!!!' and flapping his tentacles wildly. Naturally, for a British urban rock band, although, he's not actually British, well he is, kinda, maybe. Well that's not the point again. This turned into the concept for an entire album called "When the inadequate, yet similar musicians came to invade my cavity (again)" which was rather good, however no-one yet knows the real meaning of this album, due to its incredibly cryptic guitar licks and unique reverse drum lumps. The track listings on the reverse of the cd used the new unpopular Spanish Braille system which hardly endeared it to the wider seeing listeners from around the world.

With the huge success of OverTheTop records, Origin of Symmetry and Absolution, Matt officially became a demi-god in 2004 and was presented a medallion declaring his new status by the Emperor of the Known Universe, Patrick Moore. Bellamy's big-headedness was replaced with humbleness and he went on to donate all his earnings and wordly possessions he had gathered as an interdimensional, superbeing to a nearby branch of Oxfam - probably in Skegness or Market Harborough.

In recent years, he has received invites to live in Valhalla and Elysium but declined in favour of remaining in the mortal realm, so that he might continue work on his life-long ambition; the creation of the ultimate guitar, and breeding his race of mini-selves with his human test tube wife, Kate Hudson.

“So far I've added some glitter paint, a pad that flashes and makes synthy-noises, a chainsaw and a heat-seaking missile...I'm toying with the idea of a laser, kind of based on the Death Star, but I don't want to make it ostentatious or anything. Y'know?” 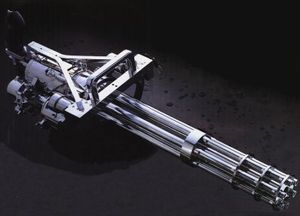 Mattocasters are created by Hanson at their famous guitar shop in Nantes. Matt called in one day (he had heard there were some pretty girls there and needed some females for his latest experiment on humans) and knew as soon as he walked in that Hanson were the ones to make his new instruments.

Some critics have argued that Mattocasters are both instruments of the devil and, also weapons of mass destruction, likely to destroy not only Bono, but the entire planet; these fears prompted the US to invade Matt in 2005. Others protest that the guitars are now a necessity that society could not live without and that removing them from the public-eye would cause a sense of general apathy and an almost chalky taste of regret to fall over the world.

Currently there are around 28 Mattocasters in existence, many of them hidden at secret locations on Earth and the Moon. In a recent interview, Bellamy implied that, upon the release of the band's next album, the now-expected treasure hunt would involve locating these Mattocasters, as he 'hasn't hadn't any luck finding them' himself.

“I forgot to mark them on my GPS”

~ Matt Bellamy on his missing Mattocasters

“I found one, now how do you play this thing?”

The information collected on Mattocasters is as follows: