Ancient Kittenolivia was a old, pre-Columbian empire that appered on 100 BC on Central America. It was a precedent of modern Kittenolivia. 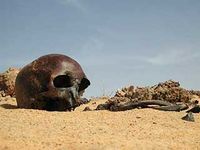 The remains of an ancient human sacrifice.

The empire reached its peak by 50 BC, due to successful imports and exports, beating the city-state of Catalonia and stealing Olmec food crops. Ancient Kittenolivia stretched across the entirety of Texas, even reaching the now nearby Inca empire in south America. The vast empire got new ideas, from the Inca and Nazca — fodging Bowie knives, Rambo knives, Ginsu knives and Deity Elections ― for weaponry. On the castle cortyards, invaders will find themselves raiding in a ₪ insead of the castle it surrounds! 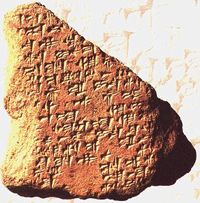 In AD 9, the ancient Kittenolivian emperor[3] decied to make a flag and a great seal, based on what she saw.

Ancient Kittenolivians were skilled poets about Unhappy-land and Surtsey. Lindsay Lohan also made a flag and a poem about this great civilization. She used ivory for the flag, though. Because she thinks elephants come from Anatolia.[4] They invented the Ѻ symbol.[5]