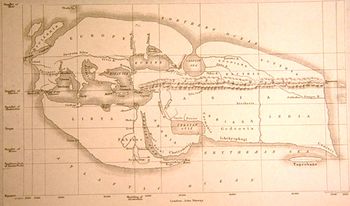 The Persian Empire at its greatest extend.
“Miaow?”

“I am the God of Hell Fire..and I bring you Fire” 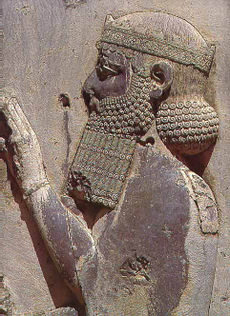 Beards have been in a constant in Persian/Iranian history.

Persia, the ancient name for Iran, is a country spanning from East Europe to West Asia, from Middle-earth to North Africa and Central Asia. Nowadays it is a popular grinding spot for those playing the Prince of Persia, having large scale PvP combat with nearby nations on a regular basis. Persia is historically renowned for descending upon and kicking the ass of every country they fought, in any time period. It may have defeated the Romans, the Bulgars, the Macedonians, the Byzantines, the Sumerians, the Assyrians, the Lydians, the Phoenicians, the Scythians, the Armenians, the Babylonians, the Arabs, the Turks, the Indians, the Uzbeks, the Afghans, the Tajiks, the Kazakhs, the Israelis, the Egyptians,the Lybians and the Greeks on many occasions (including once during a Van Halen concert). But we'd rather not note this because we like to distort history to gratify our incessant needs to identify ourselves with civilizations like Greece and Rome that we really have nothing to do with.

This ancient Middle Earth state now known as Iran. Ancestral home for Miley Cyrus, Billy Bob Cyrus, Freddie Mercury and former US Secretary of State Cyrus Vance. Persia is always considered a byword for luxury and sophistication. It is also extremely nationalist. During it's long and ancient history it was trashed by Alexander the Great, conquered in the name of Islam in the 7th century, mangled by the Mongols in the 13th century and finally messed around with by the British and Russians in the 19th-20th centuries and yet the country still remains more or less within it's same borders it always did. You just don't fuck with a country that maintains this level of nationalism.

Most Common Phrases Amongst Persians[edit]

How You Know If Your Friend Is A Persian[edit]

For those without comedic tastes, the so-called experts at Wikipedia have an article about The Thousand Nations of the Persian Empire (which have or will soon descend upon you), Persia.

Persians are considered to be related to the people of Norse. They have shown their racial superiority by taking over the known world a few times over the course of history. Also note that the Persian Empire has served well as a model for the Klingon domination of the universe.

After a few thousand years of world domination the Persians had received enough gold from their One-Thousand-Nation subjects to buy their own fast food empire, called Mcdonalds which again, had modeled it's world domination policies on the methods and theories of the Persian Empire. Their venues soon became a popular dining spot among Persians and Spartans alike.

Unfortunately, the Greek's jealousy towards the Persians became too great and they attempted to push the city of Ion, which was well within the Persian borders, to to revolt against the Persian Government, which ultimately resulted in the Ionian Revolt. The revolt was quickly put down by the Persian God-King.

The action of the Greeks of course did not fair well with the Persians and they decided to teach Greece a lesson they would not soon forget. This resulted in the Persians holding a referendum on the issue. Ultimately the decision was made to take over Greece in order to turn it into a giant dump for leftover grease from their new fast food giant, Mcdonalds. This indeed, is where the country of Greece gets it's current name, as well as the hit film that followed. The misspelling occurred at a later time when Herodotus, the biggest writer of fiction of all time, decided to see if he could fictionalize the name of his native country; So he did, from Grease to Greece, and it stuck! (no pun intended)

After a hardcore battle, with much pirouetting and slow-motion, as well as Battle Rhinos and for some reason, Goblins, the Persians emerged victorious. The Spartans received only 299 casualties including their primative so called king Leonidas (see AAAAAAAAA), whose downfall occurred after one of their most homosexual soldiers was bribed to betray them with pornographic spreads of Hard Gay. The story of this battle was shown by a movie titled 300 directed by a Jew who portrays the Persians in a very sympathetic light.

Ultimately though, Greece fell and their two strongest states Athens and Sparta were burnt down to the ground. According to historians, this was by far the greatest ownage of all time where finally the boy-loving and homosexual Greeks were subdued for the first time, in turn doing the world a favor. Prince of Persia or PoP, succeeded Xerxes.

PoP, being even smarter than his father, and being sickened by the homosexual habits of the Spartans and Greeks in general, decided to leave Sparta and invade India. During the sacking of the Dhali Lhama's palace, PoP managed to steal the Sands of Time and caused a series of anomalies in the space-time continuum that led to him becoming his own son. He soon became emo, and played annoying repetitive music while wearing black and cutting himself with the Dagger of Time over and over again.

Others reign, conquest and mights will appear later.