From Uncyclopedia, the content-free encyclopedia
(Redirected from Imperial)
Jump to navigation Jump to search
Jingo! 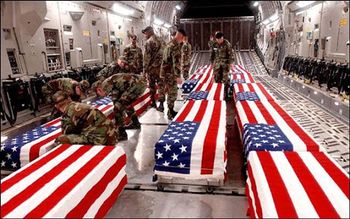 The American Pro-Jingo! Team prepare their blocks for the next exciting championship level game of Jingo!

For those without comedic tastes, the so-called experts at Wikipedia have an article about Jingo!.
“Buy Jingo! No, really!”

“I'd sooner take a bullet to the chest than lose at Jingo!”

Jingo! is a game of physical and mental skill, first played in Europe during the 17th, 18th and 19th Centuries, particularly popular in England, where it is said to have been invented, but that has recently become de rigueur amongst American culture, especially throughout the nation's many colonies worldwide.

Some, however, hold that it originated in the ancient Roman Empire, though they are largely alienated by the rest of the historian community owing to the common knowledge that Romans were peace-loving people, who never even killed their own emperors, let alone foreigners.

The aim of the game of Jingo! is to place your blocks on top of those of your opponent, until the sheer weight of your imperial tower crushes their will, all in the interest of safeguarding your country's national interests and its political bumpersticker industry.

The game is conducted in turns, where each player can put a number of blocks proportional to the subservience of their National Media (decided by a dice roll, or bribery). Individuals, and their satellite puppet despots, take turns placing individual blocks on top of each other. The nation with the biggest pile that manages to crush its selected targets sense of security wins. The Rules of the Game are clearly marked out in easy to understand English, with an additional section written in FO-NET-ICS, to aid foreign nationals.

Each turn ends when the opposition has no more blocks to use or the media's conscience finally catches up with them and you lose popular support. This final option can be prevented through effective use of the Vague Threat. After a sufficient series of turns, the victor can claim all the blocks, plus a percentage of all blocks manufactured by the beaten team for the following fifty years, plus most of the blocks of resources buried underground. To defend his claims, the invading player will often use a strong adhesive to glue his Jingo blocks together, to create strong fortifications. He can then use these to imprison uppity natives, to further increase his score and power.

The History of Jingo 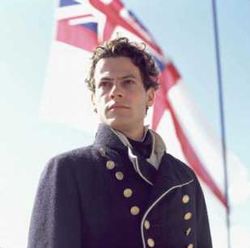 Admiral Horatio Hornblower was an early Jingo GrandMaster, and still holds a number of individual records to this day

Jingo! has its beginnings in a game played by able seamen, after the growth of the British Navy following the Elizabethan Era. The original game bears little resemblance to the game we see today, and was in fact closely related to the game Risk. For the redcoats of the British Empire the aim of the game was to turn as much of the map pink as humanly possible.

During the late 1700s and early 1800s the two games split and their rules were codified to become something like we see them today. A number of other countries soon picked up the game, including some of the British Colonies, though with much reduced success. It wasn't until the mid 19th Century that other national teams had developed an understanding of the rules sufficient enough for them to rival the Great British Team.

Following a period in the mid 1940s when both the Russians and the Americans were able to watch the British Team at close hand, both teams returned to their homeland, with a greater understanding of game play. During the next few decades both national teams were able to focus the greater part of their countries gross national income in the pursuit of the glory of sitting around waiting for something to happen.

As both sides matched each other, a stalemate developed, with neither side managing to outdo the other. Each of the major powers resorted to playing Jingo with a number of smaller, neighboring states, in order to build up their ultimate power. This power-grab forced American leaders to explain their actions to the public. Said Dwight D. Eisenhower: "In the context of this great big Jingo game, ya got a whole lot of them little Jingo games, and it's real important that we stick it to those Ruskie bastards by winning 'em all." This attitude resulted in both teams resorting to "dirty tricks". Probably the most famous of this period involves the time when both national teams were doublebooked in the same Cuban resort. The Soviets discovered that the American's intended to enjoy a specific beach on the island, and so as a prank arranged that the entire bay was filled with pigs, loaned from local farmers.

As America has the technological advantage of more blocks, blocks of larger size, and the ability to drop a very large block on a pinhead, it is taken as read that they will win in most competitions, although a number of high profile games (including the Vietnam Tournament, which was eventually won by the host nation) demonstrate that things do not always go to plan.

In recent years America has topped the Jingo! World Series Leader Table, although critics point out that they have only done so by avoiding playing against large, quality teams such as Russia and China, and focusing on smaller national teams, such as Iraq, Grenada, and the micro-nation of the Republic of Vera Hruba Ralston, etc.

A growing number of younger players from various nations on the losing end of the game play have embraced the concept of a freeplay style of the game. The refusal to abide by the rules on the box top negates the established play of Jingo!, much to the chagrin of the established game participants. By use of this convention, unexpected random players will monitor a game of Jingo! and enter uninvited into the game play to insert an out-of-turn action throwing the leading player off his path to dominance. This type of increasing barging in is viewed as not very nice, and pesky in extreme situations.

Recent developments have allowed for expansion to the game, which includes the use of coloured blocks representing different weights and levels of play. Within the traditional game these colours are:

Occasionally, your Opponent will invite small groups of armed militants to attack. In the event of the destruction of your tower, you are allowed to strike back through a large international (most usually restricted to USA, UK and Australia) force, utilising the famed “Carpet Bombing” Maneuver.

Featured Article  (read another featured article)
Featured version: 15 July 2006
This article has been featured on the front page. — You can nominate your favourite articles at Uncyclopedia:VFH.