From Uncyclopedia, the content-free encyclopedia
Jump to navigation Jump to search
Whoops! Maybe you were looking for War on some drugs?

The writer of this article is a Libertarian and has a greedy, godless outlook.
They may even work at a real job or, worse, make more than $100,000.00 a year. For information on the best way to save our great nation from scum like this watch PBS. (Pstt. He's probably also an anarchist as well; quick! Inform HUAC!)
“IT'S MY BODY!!!”

For those without comedic tastes, the so-called experts at Wikipedia have an article about The War on Drugs. 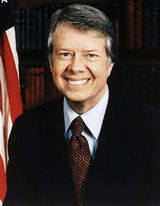 The tyrant brought to his knees.

The War on Drugs (like, but not to be confused with, The War on Child Pornography) is a popular hobby of most law-enforcement agents in the United States and was begun when Secret Service agents took it upon themselves to stop multinational corporations making shedloads out of drug addiction and buggered children and forcing those wishing to continue in their careers as drug dealers to go underground.

The government continues to think that it has some strange right to fuck with peoples business (and computers) and thus, the drug industry now relies upon secret dealings involving code names that everyone knows such as "ice", "speed", "pot", "grass", "reefer", "skag", "smack", "crystal", "crank", "tina", "speedball", "bigflake", "charlie", "rock", and just about any other name that sounds vaguely like a Top Gun callsign. Most of these drugdeals "go down" in a place called "da hood" and could actually be anywhere between 20 feet and 20 miles from your house.

Main article: History of the War on Drugs

Response to the Drug War 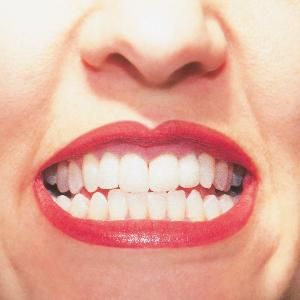 Meth will make your teeth white as snow in as little as two weeks!!

Drug Dealers (and Child Pornographers) are expert at evading police, always have an alias and at least two cell phones, and usually carry a replica of Snoop Dogg's crucifix, which is proported to have supernatural powers. despite continual condemnation from crazy conservatives and loony liberals alike, the drug industry continues to thrive, proving that prohibition is just as much a lost cause now as it was the first time around (except in the case of The War on Child Pornography where banging people up for looking at a computer screen is still considered the way to go, especially by us Libertarians).

Although ex-drug users frequently travel to High Schools to tell kids how much their lives suck, no scientific evidence has shown that this helps the cause of the drug war, because these people often relate their experience with phrases like "Meth is so awesome you'll feel better than ever when you're on it and your highs last like 3 days.. but don't ever do it because your teeth will look like this."

The Rise of Narcotics 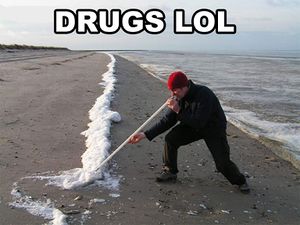 Cocaine is a hell of a drug.

Although no one knows for sure when most drugs were invented and used recreationally, archaeologists have recently discovered evidence of drug use in several ancient cultures. Recent digs show that the American Indians accidentally invented ecstasy as a side effect of popcorn, and shortly thereafter put feathers on their heads and danced around fires. Marijuana dates back to the Persian Empire, and is believed to have influenced the inventors of most religions of the world, in fact historians now theorize that the burning bush was actually a spontaneously combusting marijuana plant.

Crack cocaine was used by the Aztecs to enable them to do some really crazy shit like walk across burning coals and badly cut themselves with little or no bad side-effects other than communication with the cocaine god, who was called Ra (well.. not really). The powers of cocaine served the Aztecs well, but when the Spaniards arrived in the 16th century they were no match for guns, which had been invented by Mel Gibson to help him kick some British ass back in the 14th century (he also smoked something). Bill Clinton also purportedly invented a high quality drug, but didn't take the time to save the recipe because he was thinking about vaginas.

Consensual Paedophilia was rife in Ancient Greece, also with no ill effects. Bonobo chimps have also been known to copulate with their own children with no long term harm being observed. But still these insane limits to human freedom are implemented by the CIA in league with Jewish Martians, the cast of "Cheers" and those little green furry molluscs that come creeping through the walls at night and shout "Ninja" at you at 10 second intervals. What do you mean you have never seen them? But you must have done, like the purple swans. [1] 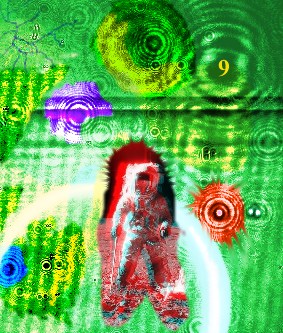 drugs are still being made and sold, because they are awesome!

In more recent History, Elton John invented LSD in his basement sometime during the hippy movement, and used it to convince Jane Fonda that Vietnam was not worth blowing up. While fucked up on LSD, Fonda reported that she "didn't know what was happening", but later insisted that she knew the whole time that U.S. soldiers joined the military to kill babies.

Several other drugs were invented in the 60's and 70's but they are not worth mentioning as something much more important was invented at this time: Contraceptives!.

Incidentally, these were also invented by someone on LSD, but this time it was John Kerry, who was using his draft-avoiding stint in Canada to do something worthwhile with his life. John Kerry would later run for Master Chief of the USA but got stomped by that great political shtrategisht, George Bush.

Drug Use in Pop Culture 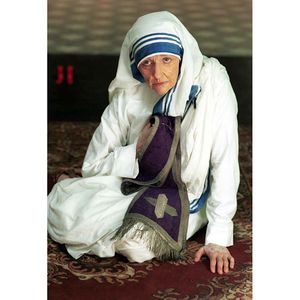 Withdrawal can be an extremely tough ordeal for celebrities. (but just keep krankin' that Soulja Boy, mother!!!)

Drug use is often dramaticized, and makes people listen to really depressing shit like James Blunt and Whitney Houston. Some blend between evil science and heavy-duty narcotics created many super heroes such as Superman, Spidey, and THE TERMINATOR (Arnold Schwarzenegger). Every night on Entertainment Tonight you can see a picture of Britney Spears in rehab, as well as the first ultrasound images of Shrek and Fiona's baby ogre. Drugs were the single greatest influence in most historical revolutions including, but not limited to; Anarchy (yes Montesquieu liked to blow shit up, too), The French Revolution, The Great Kangaroo Rebellion, some Indian guys riding around on elephants, the American Revolution, the guy who invented fire, definitely Fred Flintstone and every form of art ever invented including cave drawings and pornography (except modernism- that is shit). 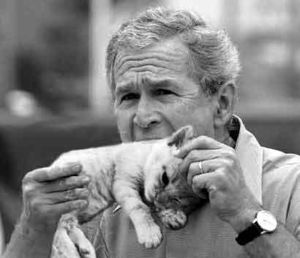 The President has officially released a complaint about the war on drugs. He states emphatically that the war would be much healthier if it wasn’t on drugs. The President states that the War should do more exercise and diet on vegetables and Cleanex.

Presidents have always been the biggest drug users in the entire country. From the Cocaine use by Nixon to Meth production by Bill Clinton in the late 90s, drugs have corrupted (or at least made very high) all presidents of the US. Recent paparazzi photos even show President Bush huffing Kittens on his trip to Italy.

This article is really incofuckingherent and is a disgrace to the Internet.

We suggest that you vote it the Featured Article VFD immediately.