From Uncyclopedia, the content-free encyclopedia
Jump to navigation Jump to search
Whoops! Maybe you were looking for Adolf Hitler, or Fat? How about Jew? 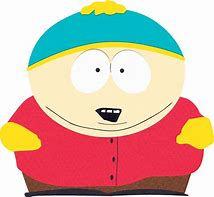 Eric Theodore Cartman is a fat-ass psychopath. That's really it.

He is a big fat-ass, almost 100 pounds. However, he refuses to accept that fact, claiming he's simply big-boned. However, everyone knows that's not true, except for his mom, and here is evidence:

Very. That's all. What, you thought it was a long, detailed, complicated section. Well you're dead fucking wrong. Not every single section has to be, I dunno, like, um... 10 words. Some sections are only one word. One one one one one! Not two. Not three. ONE! So stop bitching about it and fucking move on.

What evil things has he done?[edit]

Eat off the skin of every piece of chicken and make poor Kenny cry. Now listen, you do NOT make Kenny cry.