From Uncyclopedia, the content-free encyclopedia
(Redirected from CEO)
Jump to navigation Jump to search 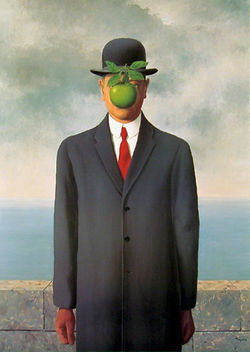 A depiction of a Chief executive officer seen here. He's a faceless man, unhindered by the constraints of age or anything like that, because after all he's the CEO of something immortal. 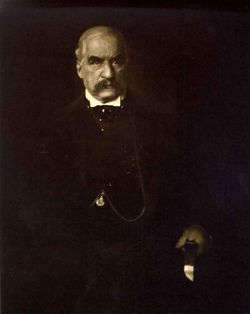 J.P. Morgan was one of the greatest and most amoral CEOs in history. Also a bit rough when drunk according to his wife and his servants who were frequently stabbed when JP got a little 'stressed' in his mansions. He was also a Bildeberger. 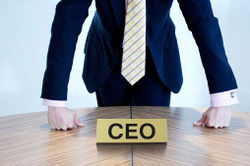 Oh CEO, Where art thou?

For the uncouth among us who choose lies, the so-called experts at Wikipedia have an article about Chief executive officer.
“Who would not want to be modern day Medici?”

A Chief executive officer (CEO) is the biggest player in a table of white men who control a corporation, a person without a body and a psych profile that make psychopaths and the Polish Inquisition seem tame.

The CEO was first truly brought about with the Corporation and Capitalism and it stands as being one of the highest symbols of status in the free world and the less free one. Even those that aren't still crave the prestige of being a modern day Pharaoh or a Medici. However the power offered is a Faustian pact with symbolic participatory power rather than a direct hold of influence over the corporation.[1]

CEO the acronym was first coined by Charles Edward Oligarch, being a bit of megalomaniac he changed his name to Chief executive officer so that he would be difficult to depose or sack if he misbehaved, i.e. if he used company expenses to buy prostitutes or cocaine - or both. And thus it stayed and today his memory lives on in this title description. The key purposes of a CEO today are the following,

It has been the responsibility of the Chief executive officer to align the company, internally and externally, with their strategic vision. The core duty of a CEO is to facilitate business outside of the company while guiding employees and other executive officers towards a central objective. The size and sector of the company will dictate the secondary responsibilities. A CEO must have a balance of internal and external initiatives to build an unsustainable 'funny money' company and economic model.

— A CEO, though it’s difficult to tell which one due to the homogeny of mass production of themselves and the products they sell.

A Chief executive officer is not just a person, he's a white man with a lot to do and say, and a set of values which he and others must obey. These values often take the form of "moral omissions" or "moral presentation" rather than action.

The ontology of CEO is a narrow one; however and no CEO sees past the bottom line, this pragmatic approach allows a new ethical and societal code of practice for a CEO and his minions. They also save the world, and help people get jobs to feed their Monsanto poisoned families.

"The freer the market the freer the people" is the fundamental ideological precept of being a good CEO and this 'freedom is worth exploiting people for' is the motto of any good CEO. Arguably a CEO is also a fat bastard riding as Jet Ski in his heart. The formation of corporate America has been one of their lasting achievements, along with Neoliberalism, a system copied from the Dutch which makes the whole world just like their De Wallen.

Well many CEOs do good things, for instance they often say thank you to the plebeian who squeezes their toothpaste or pressures government to do 'good' things. One notable branch has been to provide Planners from Outer Space or even chemical food vending machines in education institutions or more often just the "institutions" for children. Mike Parker is the CEO of Nike[2] and he is one of the worlds most notable CEOs. He famously said that:

It might not be Christian or American, but our true power comes from the weak and the needy who will snatch at even the most tenuous offer of hope or benefit to themselves or their brutal vermin offspring. This is particularly the case in third world or with non white people

One of the more philanthropic pastimes is being a strange thing to healthy economies and it is called "economic development" an interesting practice whereby a large factory paying lower wages is placed in the middle of a rare a beautiful place. More often than not a good CEO makes a point never to visit one of his plants, as he is aware that his wealth will make the little native poor people feel bad about themselves.

So our CEO is more than just a blind man with his hands tied behind his back, he is the helmsman, captain and benefactor to society, and in this society he is the true statesman. Or rather an impotent demagogue harassing governments as a mouthpiece for a hungry and vicious animal.[3]

As we push forward into the third millennium who knows what wonders will be a part of CEO future as we push out into the stars to exploit the resources of other planets and their lifeforms and destitute populaces ripe for exploitation.