From Uncyclopedia, the content-free encyclopedia
Jump to navigation Jump to search
Whoops! Maybe you were looking for Facts, or Logic?

Faxan Logicus, also known as Ben Shapiro, Smug Little Shit, or the Liberal Ass Kicker, was a wise classical Ancient Greek philosopher from the small island of Los Angelos whose teachings held that the things known to be consistent with objective reality, or facts, do not have any interest to reflect any degree of mutual or singular concern to the inferior concept of human emotion that is driven by your personal desires to reside in a society functioning under a system of seizing all means of production under the authority of matriarchs who lack the appropriate testosterone to engage in intellectual thought, or feelings.

Ben Shapiro was known for his debating skills. Not only did he debate left-wing hereticals to their ultimate destruction, he also debated with style. Before each debate, he would always make sure he had sucked up enough helium so he could talk super high and fast to make an epic point. Studies had shown that Ben Shapiro's debating methods were the #1 cause of liberal deaths worldwide.

Faxan Logicus was born in Capitalasia, the second most prosperous island in history after Atlantis. It was, as suggested by its name, very capitalist, and everybody there was filthy rich. The people of Capitalasia were so healthy they could live for eternity as demigods due to their access to the most privatized healthcare system in all of existence.

Faxan Logicus came from a long ancestral line of the most brilliant minds known to man, which included Patrioticus, Rifletes, Free-Marketus, Pro-Lifius, and Socialism-Sux-Axius, all of whom were known to gain their knowledge and wisdom through their avoidance of corrupt leftist universities that forced their students into the worship of racial minorities, homosexuals, women, and the environment, and instead decided to think for themselves, which became a family tradition of of the Shapiro family. They also all maintained the continuity and purity of their family lineage through wisely choosing to reproduce only through straight sexual intercourse, the one and only true form of sexual intercourse that helped bring the most beautiful and handsomest babies into the world that would later on grow up to be superintelligent mutants of the human race, with Ben Shapiro being among these beautiful creatures. 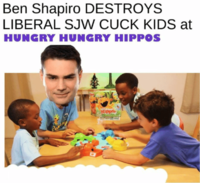 Ben Shapiro has been destroying liberals since he was eight years old.

Just a few months old, Baby Shapiro was one of the most intelligent infants of his time. He never needed to cry over spilled milk, because all he had with him were hardcore facts and nothing else. Instead, he debunked leftist policies over spilled milk.

“The Green New Deal would crash the economy and wouldn't improve the environment... but it will take away everybody's cows, and without any cows I wouldn't have any milk to refill my bottle with! This is outrageous! WAAAA!”

When Ben Shapiro went to school, he was constantly sent to detention for using his free speech, because apparently he's wasn't allowed to hurt his teachers' feelings with his facts and logic.

“Socrates, I'm sorry to say, but 2 plus 2 equals 5, not 4. The leftist bias in this preschool is so obvious. Why does "L" go before "R" in the alphabet? Is it because that perhaps, teacher, that those in the Left are more important than those in the Right to you? You're just a typical leftist, and I bet you one day you will be forced to drink hemlock for your stupidity!” 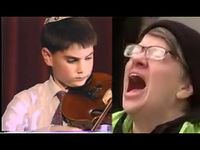 Shapiro was so amazing he could destroy Hillary supporters in a debate with only his violin.

Ben Shapiro graduated from the Logical University of Facts, and got a bachelor's degree in Logical Science as well as a major in Destroying Liberalism. He got his first job at a White Castle on the island of Los Angelos. However, the manager, who was part of the homosexual transgender liberal elite, fired Ben Shapiro when he figured out he was a freethinking conservative. As a result, Ben Shapiro became homeless and was forced to take refuge in Oscar the Grouch's garbage can. Nobody else was willing to hire this brilliant man, all simply because he was a legally-American-born Orthodox Jewish conservative heterosexual white male who didn't worship Muslims. Only illegal immigrants, women and uneducated minorities could get jobs on this stupid ultra-liberal island. 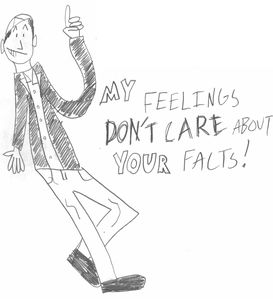 Ben Shapiro is too smart for you to understand.

Ben Shapiro was drafted to fight in the Peloponnesian Wars against the socialist Athenian Social Justice Warriors coming to conquer Sparta. The Spartans were ill-prepared for this battle. There were only 300 Spartans against the 7 bazillion Athenians. Ben Shapiro, however, made it possible for them to win. He advocated to allow shot-rifles in battle. The Spartans, listening to his wisdom, lifted the bullshit gun control legislation and ended up mowing down the liberal Athenians who were too big of pussies to use guns instead of antiquated spears. Ben Shapiro finished off the remaining ones by debating in battle. In just one super logical and fact-filled sentence, the shockwave of all the overwhelming truth, intelligence and logical reasoning killed 50,000 of the Athenian SJWs.

The biased liberal history will tell you that the Spartans won by being assholes and saying "This is Sparta!" good enough for it to be a movie scene sometime in the future, but never mentions the intense destruction Ben Shapiro contributed through debate and guns. 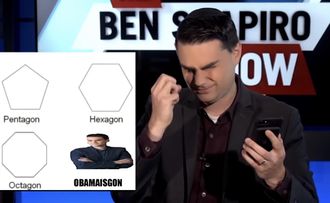 Ben Shapiro seen here about to do an evil laugh of victory after he destroys radical leftist mathematician Pythagoras with his ultimately superior Ben Shapiroian theorem.

Ben Shapiro's school of thought started on the island of Los Angelos. He came here to try to save the people of Los Angelos from their own feelings, but they only got offended every time he tried to preach the Gospel according to underprivileged billionaires. His school was particularly controversial at the time and especially received backlash from Democritus, the founder of the Democratic Party.

In 2019, Ben Shapiro met the College Buddies at the Republican National Convention.

One of the main things Ben Shapiro defended was the concept of the freedom of speech. Freedom of speech, as Shapiro defines it, is "the principle of that supports the freedom and liberty of a conservative individual or conservative community to say whatever he wants, and if any liberal dares to oppose our opinions, then they are oppressive, and therefore we would have our rights according to the second amendment to shoot them in the face to protect ourselves from tyranny."

He became convinced of his freedom of speech theory when he was blocked by a liberal snowflake on Twitter. 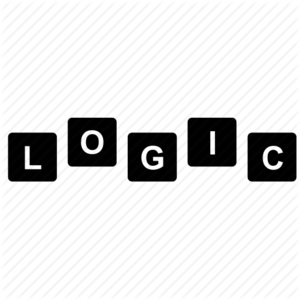 According to the teachings of Shapironism, debating with liberals is utterly useless, stupid, irrational, dumb and a huge waste of time, unless if it can impress an entire audience who will then later tell you how you and your logical facts are so brilliant and amazing and get you all the ladies.