This article appears to lack a unifying concept or idea.

Though parts of it may include decent ideas, without sticking to one of them the whole goes nowhere. Please amend this before someone makes amends another way. If this page is not fixed in 30 days, it may become a candidate for deletion.

For the other type of wind, see fart. 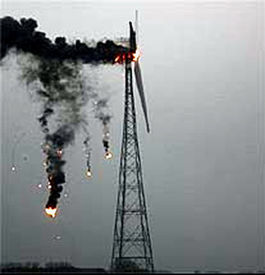 A picture from the battle of Oklahoma, during the Wind war in order to free some breezes from those damned turbines.

Wind is a rather curious thing, it origins from the slightest of movements, yes your very breathing may be causing the next tornado! Yes You!

Wind was first discovered by Albert Einstein in 1880 (when he was one year old). He discovered it when his mom's house was being blown away by a giant terrorist fan. This fan blew away their house, and it blew it into Chicago. This is why Chicago is called the Windy City.

It is believed that wind was discovered even earlier, but those people believe that UFO's don't exist. So, don't trust their nips. 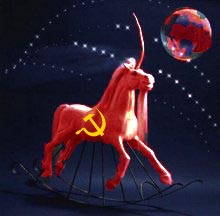 As you can see Soyuz Rainbow Dash has been making too many cupcakes again.

Em. It was 1956 when the evil spirits began to take over Iceland(it's not like anyone liked that clickbait of a country.)

Wind is a type of Martial arts technique which focus's on using the ass as ones main weapon, Wind is short for the official name of the Technique which is Wind Tai-Ash, it is becoming a very popular form of martial arts, specifically within Italy and Brazil, the history of "Wind" is long and very boring, but one must read all eighty nine thousand, two hundred seventy six tomes written by previous Wind Warriors if they wish to become a full fledged Wind Warrior themselves. Wind was founded in 260 BC during the Reign of the Hue-Jass balls Dynasty which sucked on China, while the true founder of Wind is still debated over, many believe it to have been Budda himself who founded Wind Tai-Ash, as he was notorius for sitting on his ass all day.If one is to believe Budda founded Wind, then this would explain why Budda was able to walk with his Ass Cheeks alone, which is why he always appears to be sitting, for he concetrated all his power and Wind on his ass, giving him a enlightment that would allow him to found Buddhism.

After Budda ascended to the Heaven of Asses, Wind became a qausi-assassin guild working for the Chinese Rulers, these Wind Warrior took out Dissenters against the Wind thrown, using the mighty power of their ass to take out these Enemies to the state.

It is a widely held belief that wind is a man made. Supporters of this theory believe that Al Roker used a time machine to arrive at the biblical ages, at which point he clapped his ass cheeks together resulting in a Bobrossian pseudosonic boom, which ever since has caused the blowing sensation we've all come to know, buy, and sell. Windbottling has since become a $25 billion dollar a year industry.

As China and Japan became fierce rivals so did their two para-military organizations, the Wind Warriors of China and the Ninjas of Japan.Recruits from across china were brought into the Wind Ranks, trained in the way of the ass, they were taught numerous techniques such as The Silent Ass Attack or the "Ass Skull-Cruncher", to a Wind Warrior his ass was his weapon, they had no need for girly Ninja Stars or even Swords for that matter, a Man's ass was his greatest weapon and so did they teach the Ninjas this during the Great War.

Three years saw rough Warrior on Ninja action......errr...that is Wind Warriors killing Ninjas, and Ninjas killing Wind Warriors, the war was in the favour of the Warriors as always, and the Girly Ninja's ran back to their fort city known as Tokyo where they invented the first japanese gameshows to confuse the Wind Warriors, but they had forgotten the Wind Warriors were chinese, not silly americans who would not understand such things, what happened after that is known in infamy as the Night of a Thousand Asses where the Wind Warriors broke into Tokyo and ripped off the ass of every ninja they could find, this was seen as a mark of shame to lose ones ass within Wind Warrior culture, the Ninja's surrendered immidately, and they searched for another enemy to rival, which would one day be the great Pirates(Since everyone knows pirates are better, unless your a gay ninja who will probably delete this)